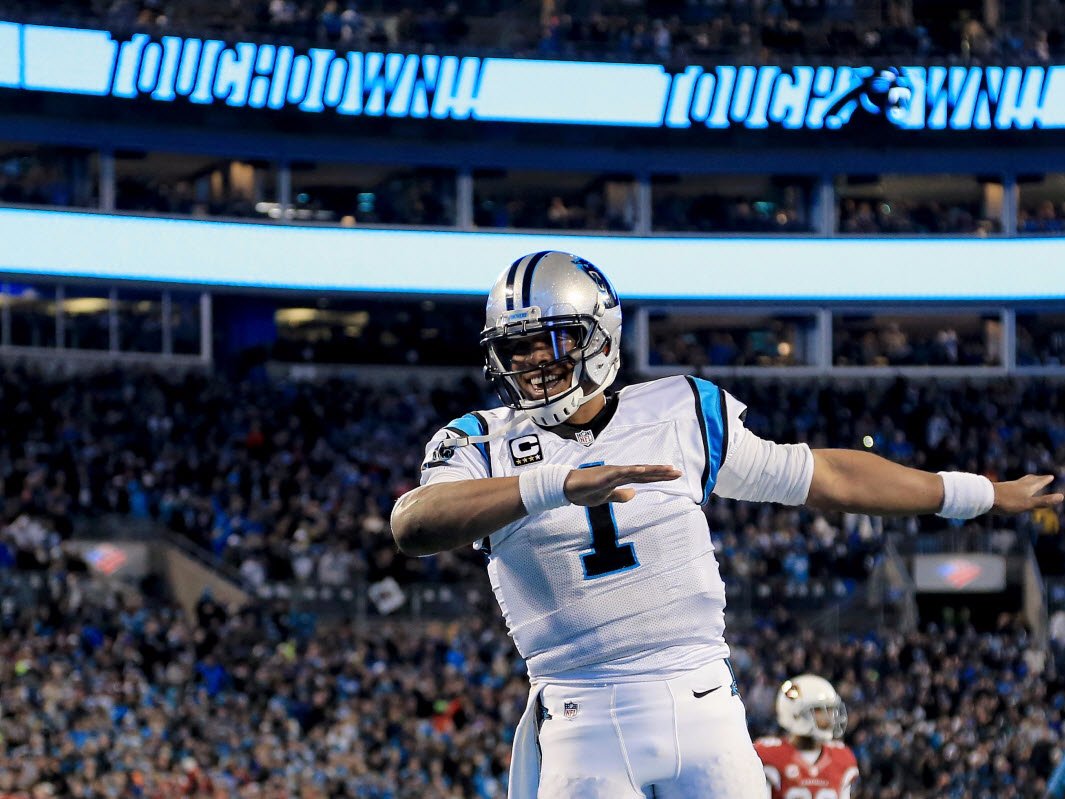 This Sunday Las Vegas will receive over $120 million in bets on the outcome of Super Bowl 50. That might seem like a ton of money, but in the grand scheme of Super Bowl gambling, it is quite the minority share.

It is estimated that when bets placed outside of Vegas are tallied, whether they be a DraftKings lineup, a handshake bet with friends, or buying a square in an office pool, over $4.2 billion dollars will be wagered on the outcome of Sunday’s game.

Many of those bets will be simple: Who will win the game? Which player scores the first touchdown? Do the Panthers cover the spread? These bets make sense; people can look at past performance and make predictions based on what they believe will happen. But in darker corners of the Internet, where offshore sportsbooks can take bets that not beholden to the governing laws of Las Vegas, you can gamble on some oddly specific stuff, referred to in the industry as “prop bets.”

Prop bets (short for proposition bets) allow books to take more action by offering bettors things to bet on beyond just the outcome of the game. In Vegas, these bets are legal as long as they can be concretely decided on the field of play. And while nothing is more entertaining than gambling in Vegas for the Super Bowl (trust me I know), there are some perks to betting online. Sometimes you’ll scroll through your options at an online sportsbook and be absolutely bewildered by the things people are willing to gamble on.

This week I ran through all of the props offered on the big game offered at Bovada, a prominent online sportsbook. I now present them to you listed below, in ascending order of insanity.

(NOTE: I am in no way advocating for you to gamble, but if that’s your fancy, go for it. It’s a free country.)

The over/under on the national anthem has become a staple of Super Bowl prop betting in recent years. After so many jokes had been made about singers milking those final notes on the tail end of “BRAAAAAAAAAAAVE,” online betting outlets decided to give gamblers to chance to put their money where their mouth is. For what it’s worth, I timed this rendition of Gaga’s national anthem in accordance with the bet as listed above, and it clocked in at 2:14, but she wasn’t playing with a piano, which I think might push her over the number on Sunday.

The Gatorade dump is always a fun bet as the reveal is so sudden. If you’re looking for historical reference, last year, after the Patriots shocked the Seahawks with a last-second goal line interception, Bill Belichick was doused in blue electrolytes moments later. It’s hilarious to think that in addition to all the money that shifted hands thanks to the Pats win, there was also some poor sap out there who would’ve cashed in because Pete Carroll was set to get splashed with a cooler of orange.

This bet obviously depends mostly on the player that wins the award, and the public image of themselves they wish to portray. My thinking is Cam Newton is the most likely MVP winner, and he seems like a guy to give all the credit first and foremost to his teammates. However, if you think Peyton has a chance to pull something out on Sunday, and you also have a hunch that he could announce his retirement postgame after being named MVP, there’s a good shot he shouts out the fans in the city of Denver for all the support they’ve given him in the second act of his career. +600 feels like pretty tasty odds.

This year, Americans are predicted to consume over 1.3 billion buffalo wings on Super Bowl Sunday. Last year, BWW was responsible for over 11 million wings sold. Is a million wing bump too much to ask? Your call. But knowing that I will most likely consume close to 100 B-Dubs products on my own this Sunday, I’m taking the over.

Now things are starting to get really weird. This is a four-way parlay that pays 20/1 (a winning $100 bet cashes for $2,000). In order to win, the Broncos need to win the Super Bowl, the Spurs need to win the NBA title, and both Peyton Manning and Tim Duncan need to retire. For me, this is a stay away. Too much can go wrong and I don’t trust bets where the site only lists one side of the outcome, as it means they’re not concerned enough to balance their book.

I don’t think Peyton cries; he wouldn’t want to go out like that. But the highlight of this bet is in the detail listed: “Live pictures only, must clearly see a tear.” It would be fun to bet if only to sit on the edge of your couch as you slowly see the moisture forming in Manning’s eye, only to have him wipe it away before it can fall and be “clearly” seen. If anything questionable happens, it’s important to remember that the “book manager’s decision is final.”

Pretty amazing that you can literally bet on the future emotions of a human being.

This is my favorite bet on the board. Anyone who has enjoyed the commentary of the CBS broadcast crew of Jim Nantz and Phil Simms is well aware of their resident rules expert, retired referee Mike Carey. This season, Carey has become somewhat of a fixture in the booth, making headlines by taking grand stances on how he believes a challenge will go, only to see the rules interpreted completely differently by the refs on the field. Most notably, Mike Carey assured Broncos fans last week that Peyton’s pass was not a lateral, and was immediately overruled by head referee Ed Hochuli, who found enough irrefutable evidence to overturn the original call and award the ball to the Patriots.

With that said, SB Nation recently reported that Mike Carey is correct in 90% of his calls, so if you want to bet money just to troll your least favorite television referee, proceed with caution.

This is another favorite of mine thanks to an obsession I have with sports broadcast teams. If the Super Bowl was being called by ESPN’s team of Mike Tirico and Jon Gruden, I would absolutely slam the over. Gruden has a tendency to repeat words he likes, and I can imagine him covering this in the first quarter, “Look at Cam doing his dab! That is the dab of a champion and I bet he gets to dab a few more times before the night is over.”

But alas, it will be Nantz and Simms calling Super Bowl 50, both of whom tend to stay pretty safe when it comes to their commentary on player actions. I don’t see the dab count getting to three.

The specific phrasing of “predominant color” makes me laugh here, as it could easily come down to an argument of “Are those black shoes with gold accents? Or gold shoes with black accents?” If you Google image search “beyonce shoes,” the results make it seem that black is deservedly the favorite here, but I have never doubted Bey’s power to shock a crowd. Proceed with caution.

This is just messed up. The Super Bowl is in San Francisco, where a magnitude 6.9 earthquake interrupted the 1989 World Series between the Oakland Athletics and the San Francisco Giants. Also, the rules here state that the earthquake has to happen during the live broadcast, meaning the implied odds here are that San Francisco has an earthquake around once every 60 hours, which I’m pretty sure is way off. Unless you have inside information from your seismologist friend, I would stay away.

And the grand finale. We’ve all been thinking it. “WILL LEFT SHARK RETURN?!”

This is really a bet on whether or not you believe CBS to be cynical enough to attempt to cash in on #memeculture to bring back last year’s viral sensation to try and recapture the magic. Personally, I don’t see where a Left Shark appearance fits into a halftime performance between Coldplay and Beyonce. It’s much more likely to me that Left Shark shows up in a Super Bowl commercial, but sadly, I haven’t been able to find odds on that.

Which brings me to the only prop bet that I was legitimately shocked I could not find up anywhere online: Will Donald Trump run a campaign ad during the Super Bowl? If anyone wants to offer me +2000 on a $10 bet, find me on Twitter and we can work out the details.

Until then, gamble smart and enjoy the Super Bowl.