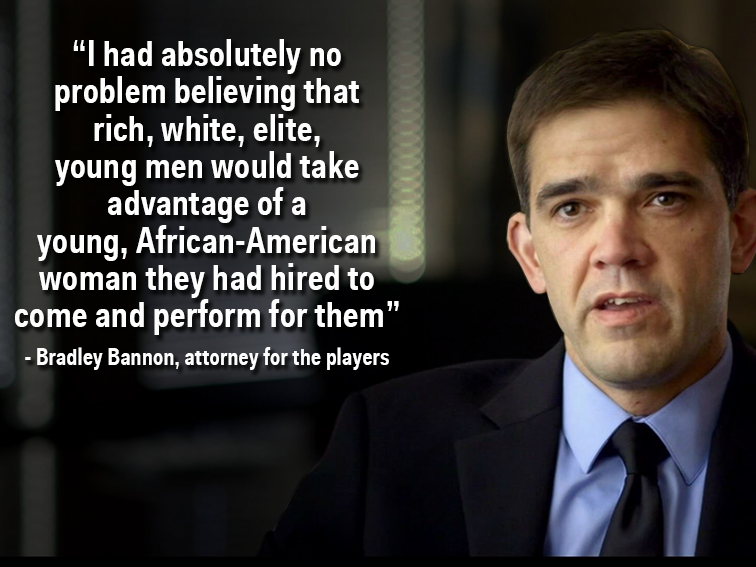 In 2006, a party held by the Duke lacrosse team ended in chaos when two exotic dancers were hired and one later accused three players of sexually assaulting her in a bathroom.

In a “30 for 30” documentary on the case, “Fantastic Lies,” ESPN describes Durham, North Carolina, as a city where crime, racial tension, and poverty among locals led to “resentments in the community, and distrust” toward the school. Don Yeager, an author, called Durham “ready-made for the kind of controversy that happened.”

The three players accused were later exonerated when it was shown that the district attorney withheld evidence, phone and video records showed that the players could not have been in the same place long enough to commit a crime, and the DNA evidence did not support the woman’s claims. But the media circus that caused the case to blow up nationally still affects people today.

Below, we’ll take a look at the most shocking quotes from this must-see documentary”