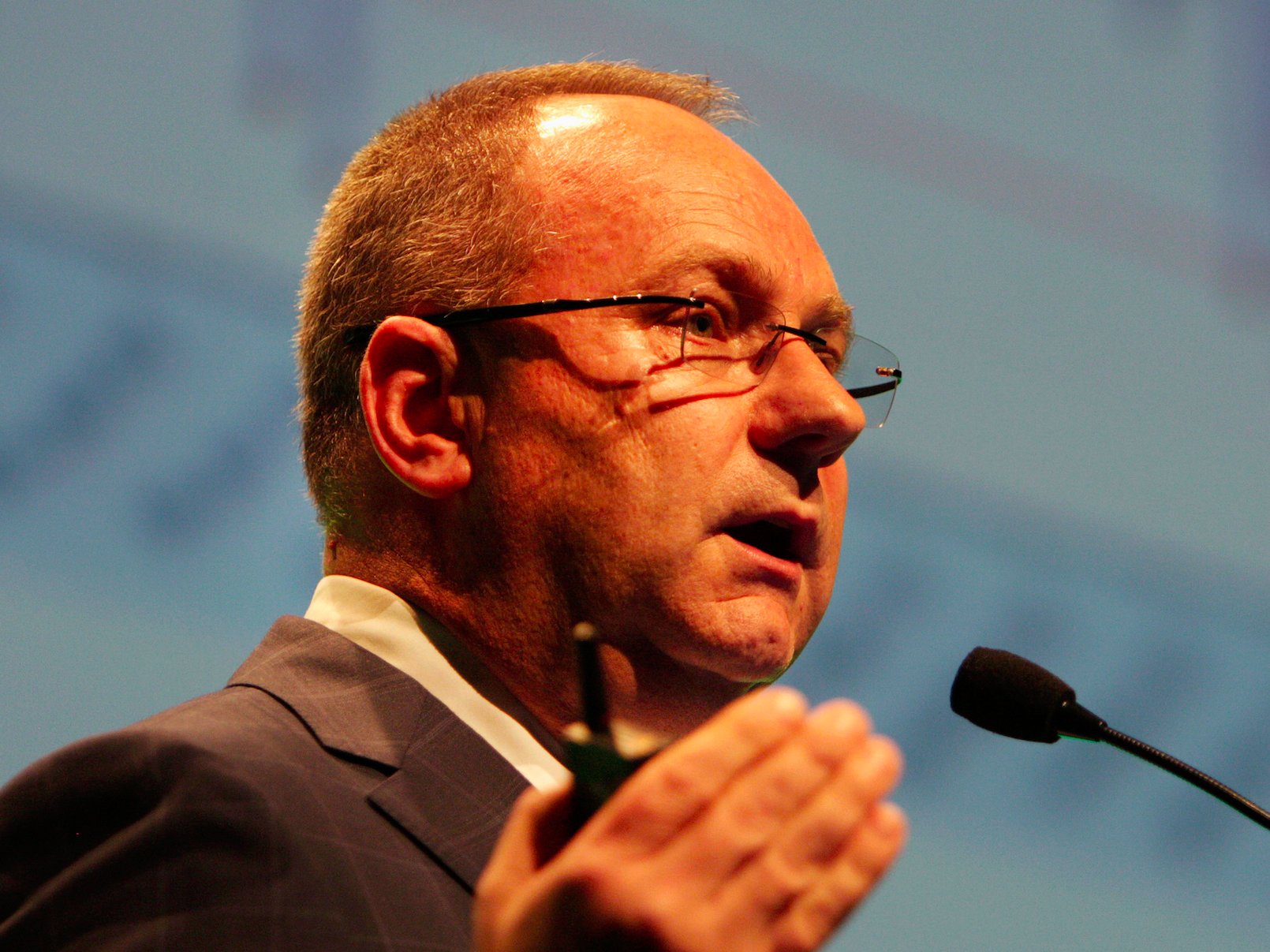 It seems almost nothing can stop CEOs from getting huge bonuses these days – even if their companies are billions of dollars in the red.

Anglo American, one of the world’s largest mining companies with operations spanning almost every continent, have decided to give CEO Mark Cutifani a bonus of £966,000 ($1.39 million) on top of his £1.26 million ($1.81 million) salary.

Cutifani also benefitted from the Anglo American’s long-term incentive plan, receiving another £778,000 ($1.12 million) compared with none the year before, according to the Wall Street Journal.

The paper noted that Anglo America defended the bonus, saying it only awarded Cutifani 36.5% of his potential bonus due to the company’s underperformance.

The firm has had a woeful time since the financial crisis, with shares a tenth of what they were in early-2008. Here’s how that looks:

As Business Insider previously reported, Anglo American announced a pre-tax loss of almost $5.5 billion in its last annual report, and confirmed plans to sell off almost $6 billion worth of assets and cut its 11,500 strong workforce by over 60%.

Fluctuating currencies were partly blamed, with South African diamonds losing value thanks to an ever-weakening South African Rand. More broadly, the huge fall in the price of commodities in the past couple of years has crushed Anglo’s profits, as well as the profits of virtually every big mining firm.