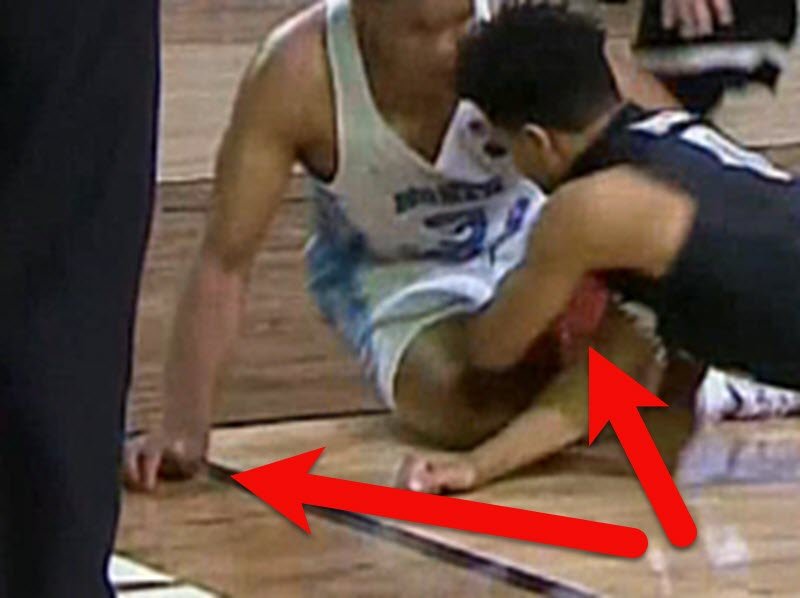 Good morning! North Carolina beat Gonzaga 71-65 on Monday night to win the NCAA men’s basketball championship. For the most part it was a sloppy game in which the two teams combined to miss 86 shots while only making 46 (34.8%) with Gonzaga committing 14 turnovers while only making 11 assists. In addition, there were 44 combined fouls called in the game. But there were some memorable moments. Here are the plays everybody will be talking about Tuesday:

The foul on Zach Collins. The game will likely be best remembered for the overzealous officiating that led to 44 fouls being called on the two teams combined. By the mid-way point of the second half, seemingly everybody was in foul trouble. One of those was Collins, who picked up his fourth foul just four minutes into the second half on this otherwise benign play in the paint on the offensive end. He was forced to spend most of the rest of the game on the bench as he sat here and later picked up his fifth foul with six minutes to go.

The missed hand on the line. With just under a minute to play, the Zags trailed by just one and were looking to take the lead. A missed shot led to scramble on the floor and ended with a jump-ball call with possession giving the ball back to North Carolina. However, the refs missed during the scrum that Kennedy Meeks momentarily had his hand on the line while the ball was in his lap. He should have been ruled out of bounds with the ball staying in the possession of Gonzaga.

The game-sealing block and dunk. After UNC made a basket, Gonzaga was still alive, down by three with under 30 seconds to go. But Nigel Williams-Goss shot was blocked by Meeks, which led to a fast break in the other direction and an easy dunk for Justin Jackson. Gonzaga then quickly turned the ball over again and that was all she wrote.

It all falls apart for Gonzaga pic.twitter.com/I3XQEi9fcX