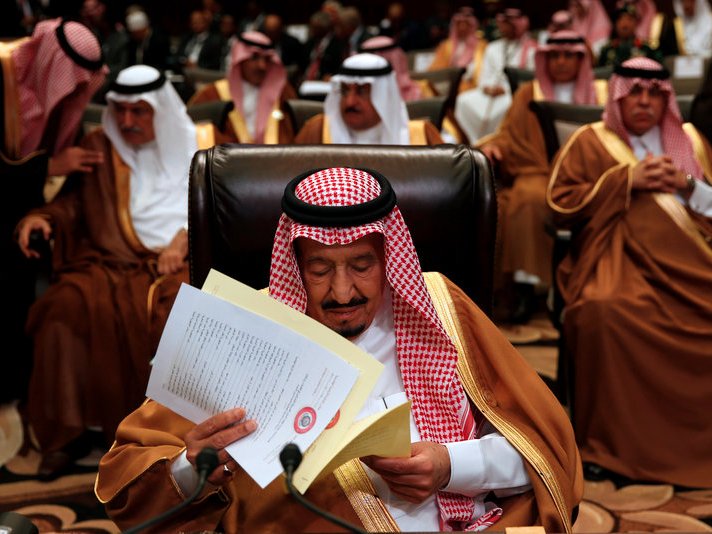 The GOP is working on a new healthcare bill. Vice President Mike Pence and two top White House officials met with members of the House Freedom Caucus on Monday in hopes of reviving plans to repeal and replace Obamacare, the Associated Press reports.

Global debt hits an eye-watering $215 trillion. Global debt held by households, governments, financials, and nonfinancial corporates soared by more than $70 trillion over the past decade to a record $215 trillion, or 325% of global gross domestic product, according to data released by the Institute of International Finance.

Saudi Aramco might be worth half of what the Saudis say it is. An in-depth report from the Financial Times, using valuations from previous shares sales by British Petroleum and Brazil’s Petrobras, says the correct valuation should be no more than $1.1 trillion, about half of the $2 trillion cited by Saudi officials.

Gold is at its best level since November. The precious metal trades up 0.4% at $1,259 an ounce, its highest since November 10, two days after President Donald Trump won the election.

Verizon is changing the names of AOL and Yahoo after they merge. Verizon will change the name of the combined company to Oath after the completion of its Yahoo acquisition, which is scheduled to take place during the second quarter.

Kate Spade needs more time to think about Coach’s bid. The handbag and accessory maker needs a few more weeks to think about last week’s undisclosed bid made by Coach, Reuters reports, citing three people speaking on the condition of anonymity. If a sale does happen, it could be below the current valuation of $2.9 billion.

US economic data picks up. The trade balance will be released at 8:30 a.m. ET before factory orders and durable-goods orders cross the wires at 10 a.m. ET. The US 10-year yield is higher by 1 basis point at 2.33%.