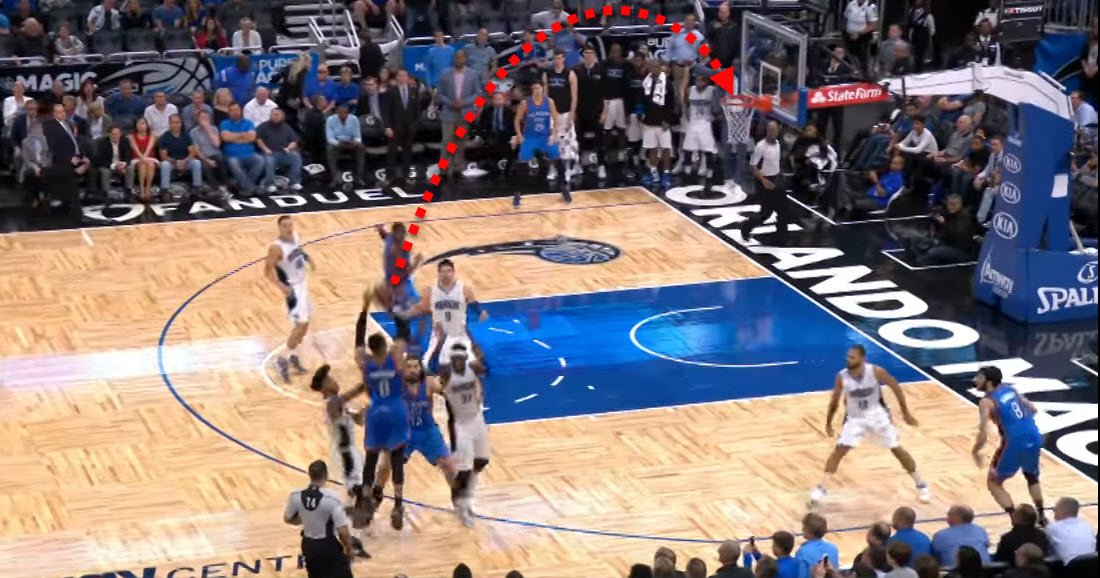 Here are the three plays everybody will be talking about:

The comeback dunk. The Thunder trailed the Magic by 21 with about five minutes to go in the third quarter. It was about two minutes later when you got a sense that the comeback was on. After having already cut the lead to 15, Westbrook took off like the Roadrunner and threw down one of his one-man-army dunks. Game on.

The game-tying three-pointer. With under 14 seconds to go, the Thunder still trailed by two. They caught a break when Nikola Vucevic missed the second of two free throws, keeping it a one-possession game. Westbrook brought the ball up the court and the entire arena knew he was going to take a three. The Magic knew this also and double-teamed him almost as soon as he crossed mid-court. It didn’t matter. Swish.

Look at where Westbrook is on the court and where the defenders are. Few would have the courage to take this shot. Even fewer would make it. The M-V-P chant. How impressed were the Orlando fans with Westbrook’s performance? With the game in overtime and their team still very much in it, Westbrook drove to the lane, executed a gorgeous spin move, made the basket, and drew a foul from Elfrid Payton. That’s when the crowd — a road crowd — started chanting M-V-P! M-V-P! They might be right.