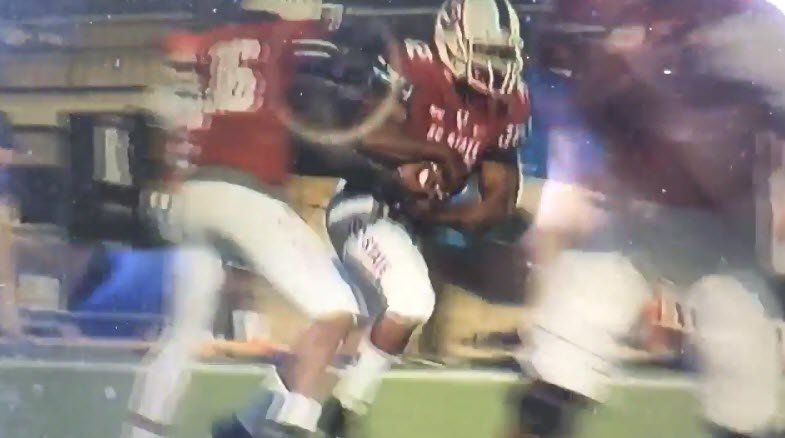 Joe Thomas Jr. is a second-year linebacker for the Green Bay Packers. On Saturday, his father, Joe Thomas Sr., became the oldest Division I college football player on record when he carried the ball as a running back for South Carolina State.

The elder Thomas, 55, joined his son at South Carolina State four years ago and until Saturday his only action had come in practice as a member of the scout team, according to Sports Illustrated. When his son went to the NFL two years ago, Thomas decided to stick with college hoping to eventually get into a game.

On Saturday that dream came true, rushing for three yards on a first-half carry.

Thomas was a star player in high school but never got a chance to play college football until now. You can read more about his story at SI.com.