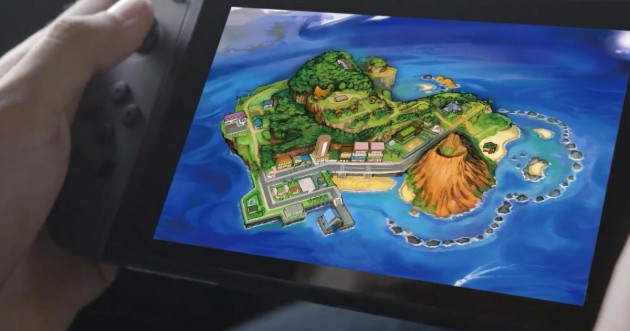 Eurogamer has made a bold claim, pointing towards multiple sources that state Pokémon Sun and Moon will be coming to the Nintendo Switch.

Development has been underway at GameFreak for quite some time, and it is being worked on under the codename Pokémon Stars. If Nintendo sticks with the name, that sounds like it would fall in line as this generation’s solitary entry, similar to Emerald, Crystal, and Platinum from generations past.

Currently, the project is on hold so the studio could polish up the Nintendo 3DS releases of Pokémon Sun and Moon, but since those are available today, work can reportedly begin on the project once again.

If Eurogamer’s sources prove to be correct, the main Pokémon franchise will finally find a home on consoles in summer of 2017, a full 20 years after the series came to be.

Pokémon Sun and Moon recently broke the record as the biggest launch in the Nintendo 3DS’ history, and it is one of the best-received games from the franchise is a very long time. Fans are excited to be playing again, and Nintendo made the right choice if this is the game it wants to bring to a home console.