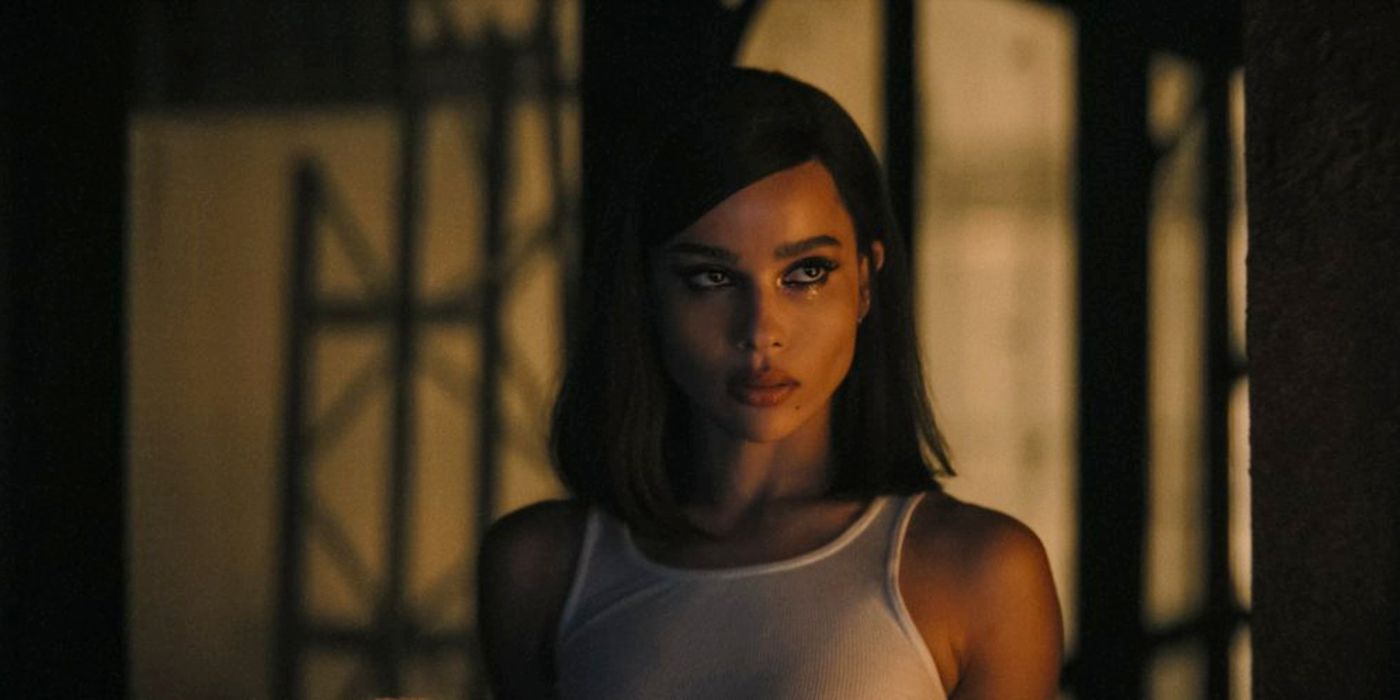 Catwoman has been a common inclusion in the modern era of live-action Batman films, having been played by Michelle Pfeifer in Batman Returns and Anne Hathaway in The Dark Knight Rises, in addition to a solo Catwoman film in 2004 starring Halle Berry. Kravitz is the latest star to bring Selina Kyle to the big screen, though she’s previously voiced the character in The LEGO Batman Movie. Depending on how The Batman performs at the box office, she could be playing the character for years to come.

A new image released on Twitter by Reeves shows Kravitz’s Selina Kyle sporting a shoulder-length haircut and a white tank top, staring intently at someone out of frame. It’s not the full shot of her Catwoman costume that some may have been hoping for, but it’s still a fun look at what’s sure to be a fierce new version of the character. Check out the new Catwoman image below.