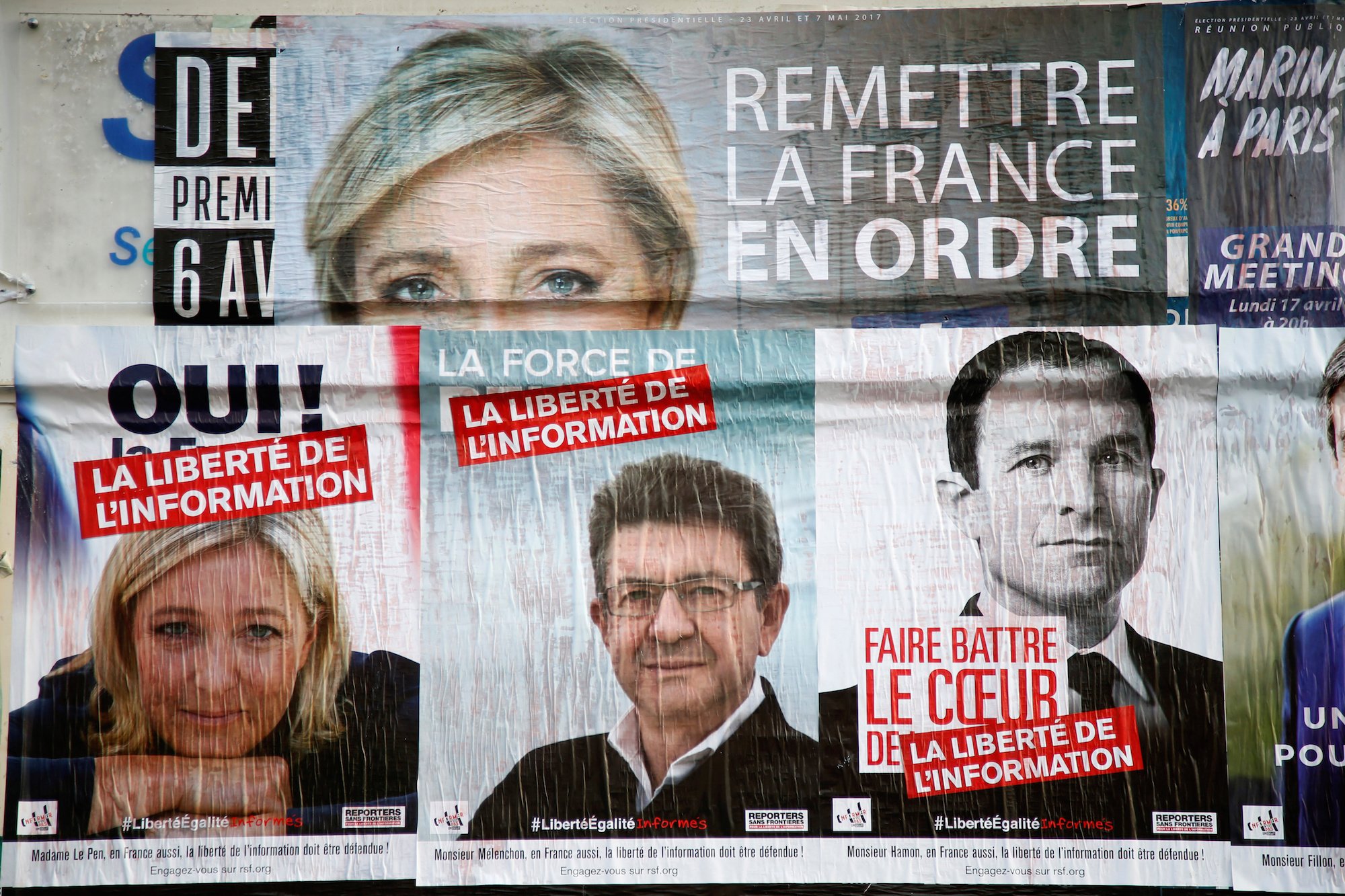 From L-R, campaign posters for candidates Marine Le Pen of the National Front (FN), Jean-Luc Melenchon of the Parti de Gauche, and Benoit Hamon of the Socialist Party who run in the 2017 French presidential election are seen in Paris, France.Reuters/Charles Platiau

France is going to the polls on Sunday to vote in what is likely to be a highly contested presidential election. Four candidates, Emmanuel Macron, Marine Le Pen, Francois Fillon, and Jean-Luc Melenchon — are within percentage points of one another in the polls, but only two will advance to the run-off in May.

The election has markets on edge as two of the candidates, Le Pen and Melenchon, have campaigned on euro-skeptic platforms.

Le Pen, the leader of the far-right National Front party has said she would ask European leaders and the European Central Bank to replace the euro with a basket of new national currencies, in effect breaking up the single currency.

“The euro is not a currency,” Le Pen said in February. “It is a political weapon to force countries to implement the policies decided by the [European Union] and keep them on a leash.

Melenchon, a far-left candidate, has been a little less abrasive. In his manifesto, he wrote he would “devalue the euro to its initial exchange rate against the dollar” if he were elected to office. He has since said that the recent drop in the euro-dollar exchange rate has it trading at an “acceptable” level.

In a somewhat eerie coincidence, the betting odds of either euro-skeptic candidate winning the presidency closely mirror those of the UK voting in favor of Brexit.

We all know how that turned out…