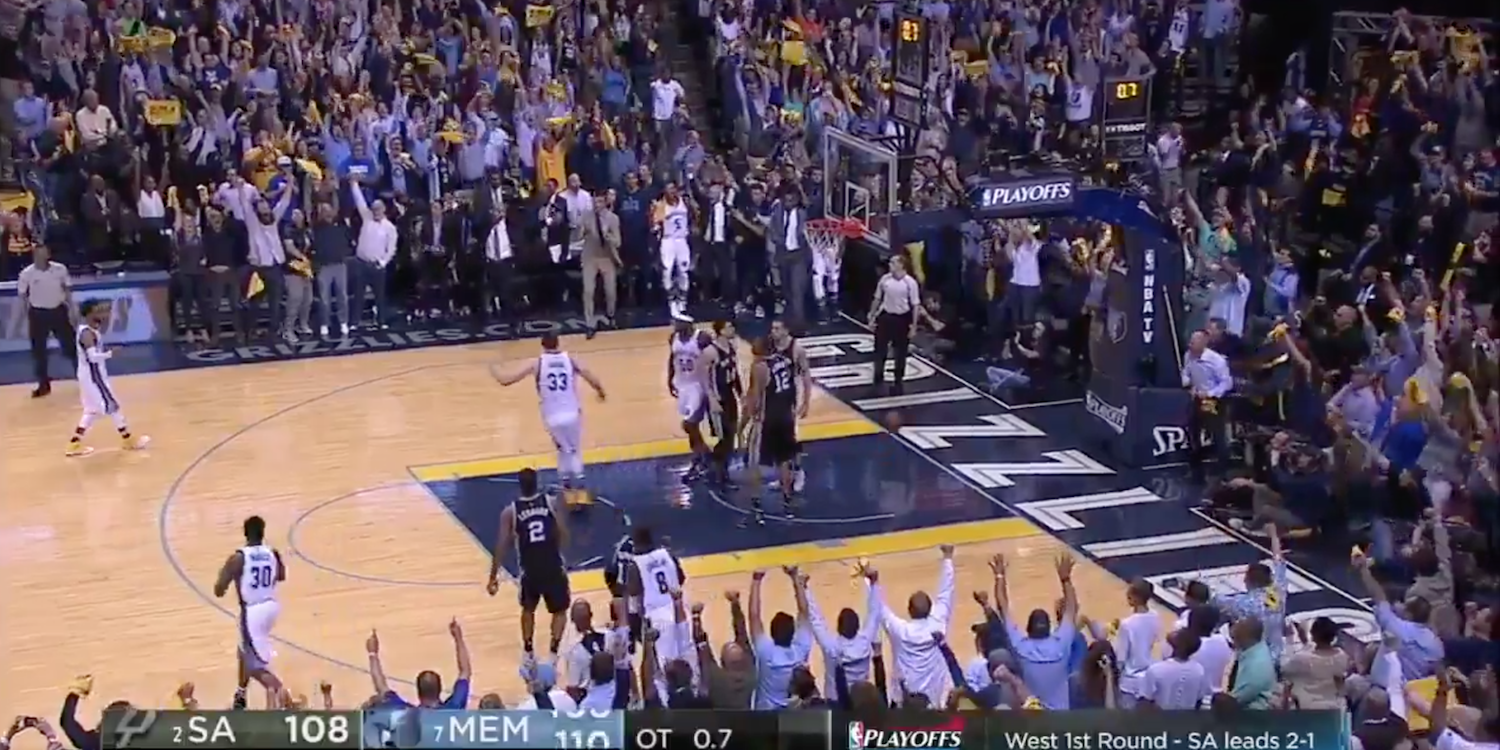 The Memphis Grizzlies pulled off a thrilling 110-108 overtime win over the San Antonio Spurs on Saturday in what may have been the best game of the NBA playoffs to tie the series 2-2.

Marc Gasol played hero for the Grizzlies, hitting a running jumper with .7 seconds left to play to put the Grizzlies up for good.

In the process, the Grizzlies seemingly stole a game from the Spurs as Kawhi Leonard put on an offensive clinic, scoring 43 points on 14-30 shooting to go with eight rebounds, three assists, and six steals.

Leonard scored 24 points in the fourth quarter and overtime combined, single-handedly keeping the Spurs in the game with what ESPN’s Ryan Ruocco referred to on air as an “offensive manifesto.” In the fourth quarter, Leonard hit two go-ahead shots in the final minute (the Grizzlies evened it up both times) and hit back-to-back threes in the final 23 seconds, bringing the Spurs back to tie the game, setting up Gasol’s final shot.

Ultimately, however, it was Gasol’s big shot that tied the series.

Marc Gasol hits the game winner to even the series in OT! 😱 pic.twitter.com/G0VByMiF2I

Days ago, it appeared as if Memphis may not make a Game 5 trip back to San Antonio. The Spurs soundly beat the Grizzlies in Game 1 and 2, with referees drawing the ire of Grizzlies coach David Fizdale after Game 2 when he blasted the the officiating as being one-sided.

The move seems to have inspired the Grizzlies, who offered to pay Fizdale’s $30,000 fine. Memphis has rebounded with big performances from Gasol and Mike Conley, playing their trademark “grit-and-grind” style of offense and defense, taking the Spurs out of their comfort zone.

As improbable as a tied series seemed after Game 2, the Grizzlies ensured they will be playing at least one more game at home when they’ll go back to Memphis for Game 6.