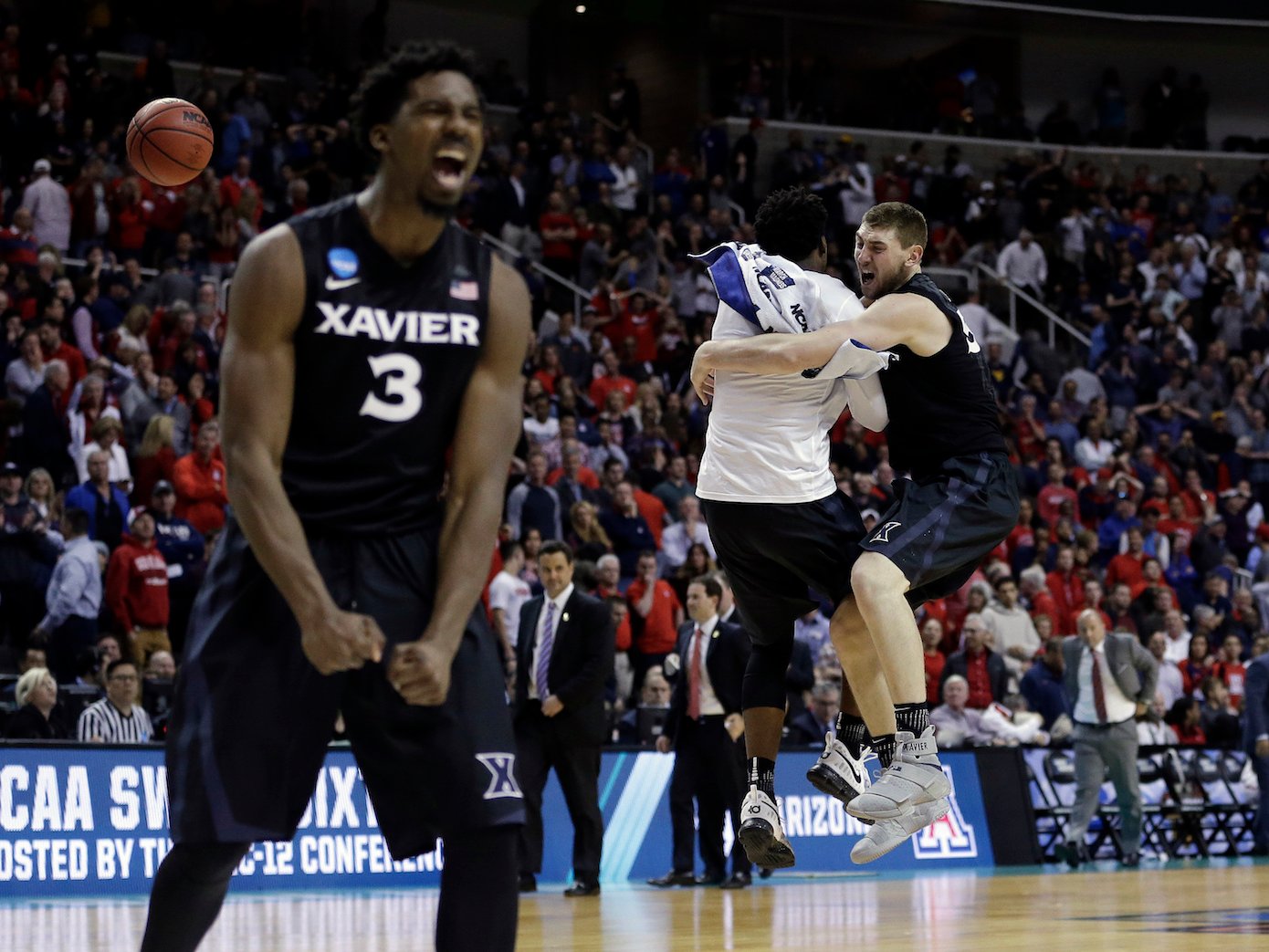 Xavier has become this year’s Cinderella team in the NCAA Tournament.

The 11th-seeded team has beaten Maryland, third-seeded Florida State, and on Thursday, second-seeded Arizona to advance to the Elite Eight.

An 11th-seed making the Elite Eight is rare enough, but for this Xavier team, the run has been particularly unlikely because of a slump they were going through just one month ago.

According to ESPN’s Jeff Borzello, in February, Xavier had lost five in a row at the end of February, going 3-5 in the month, and starting point guard Edmond Summer was lost for the season with a torn ACL.

The team knew they needed to do something to break out of the slump.

“We sat in one of those infamous staff meetings and tried to figure out how to turn the page,” head coach Chris Mack told Borzello. The team came up with burning the calendar to put February in the past. They decided to take it a step further.

“The coaches went onto Walmart’s website looking for urns, something none of them had ever done. They sent graduate assistant Allen Payne out to the store to pick one up, but the one they wanted wasn’t available anymore. So they settled on a jar that wasn’t technically an urn, but it was glass, and you can see inside of it. It would suffice.”

Furthermore, the team then created a February calendar for each player, with the scores of their losses that month. The players privately wrote down something they would do to help the team on the back of the calendar, then they burned them in an aluminum trash can. They were putting February behind them.

The “urn” still remains today, holding the ashes of February. Here’s a picture, via Borzello.

A jar of ashes in the locker room helped save Xavier’s season #Sweet16#MarchMadnesshttps://t.co/dqKq0sbKj7pic.twitter.com/aoCDMXR75W

Though the team lost the next game, they’re 5-1 since that loss, not including their tournament run.

“We just wanted our guys to constantly have a reminder, no matter where we went,” Mack said. “During practice, managers put it out on the scorers table. We wanted our urn to go with us. So our players were forward-thinking and not worried about what happened.”

The jar will surely be with them when they take on No. 1 seed Gonzaga in the Elite Eight on Saturday.