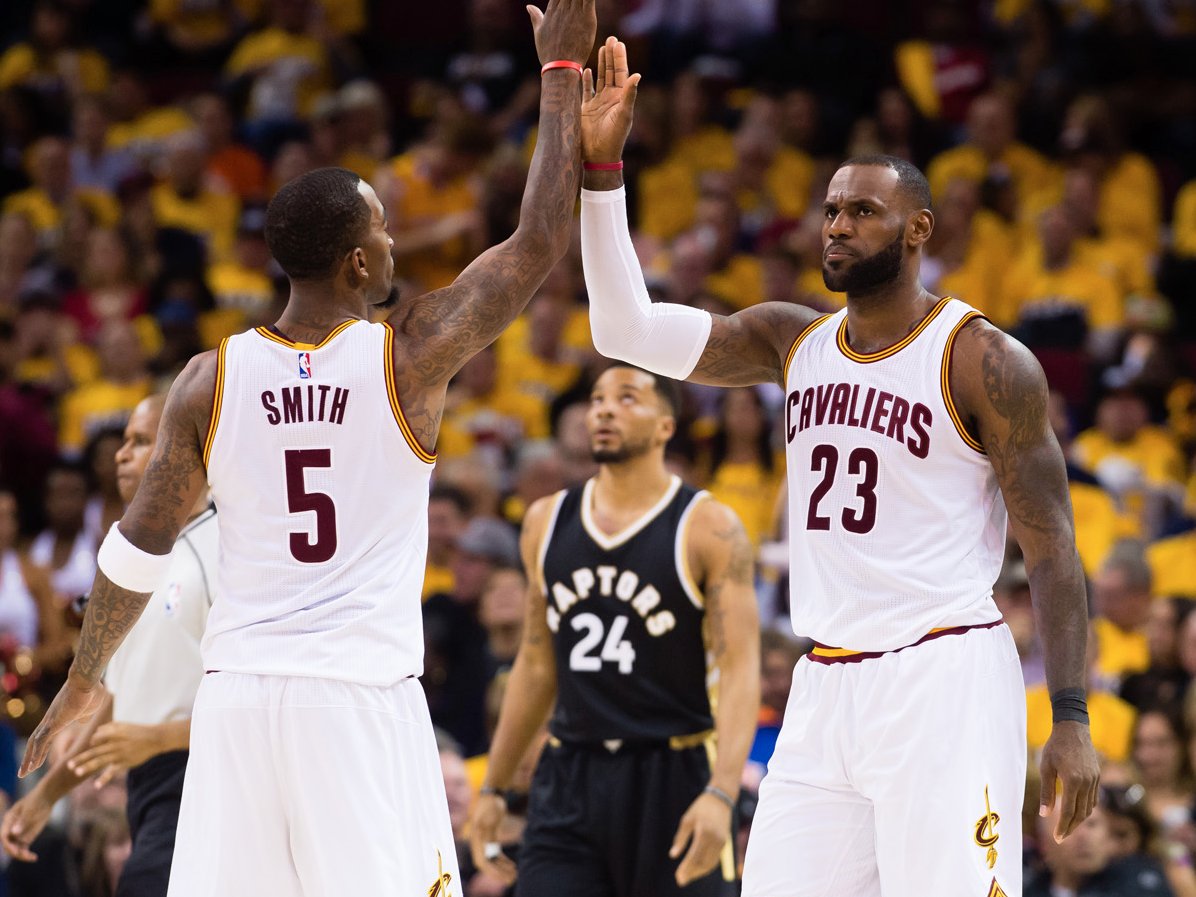 The Cleveland Cavaliers rolled through the Toronto Raptors, completing a clean sweep Sunday with a 109-102 win.

Though the Raptors were without Kyle Lowry the final two games, the Cavaliers nonetheless looked like the better team, outscoring the Raptors by a combined 61 points in four games.

In doing so, the Cavs are 8-0 this postseason and have bought themselves a huge extra benefit — a week of rest.

The Cavs won’t play until next Monday at the earliest, depending on how the Celtics-Wizards series shakes out. If that series goes to seven games, the Cavs most likely won’t play again until next Wednesday.

That extra week is huge for a veteran team that is already coming off back-to-back NBA Finals appearances. The Cavs had a week off between the first and second rounds after sweeping the Pacers, and they have now essentially bought themselves an extra All-Star break in the middle of the playoffs.

All season there have been concerns over LeBron James’ workload. He averaged nearly 38 minutes a game this season, his most in three years, and a surprising number considering his age and miles on his legs after six straight Finals appearances. James, 32, plays until June every year — unnecessary regular-season minutes could make a difference later in the year.

While extra time off won’t erase all of those minutes James played, a week to rest and recover in the postseason is huge. Rust may be a concern when the Cavs lace up again for the Conference Finals, but a little break in the grind of the playoffs may be a season-changer for an older Cavs team hoping to play into June again.

SEE ALSO:Photos of what the stars of the NBA playoffs looked like when their careers started