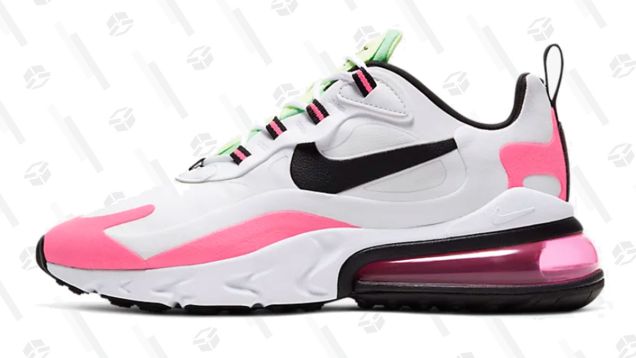 Last month, I wrote about how the city of Troy, Michigan notified me that my collection of 12 cars was breaking an ordinance, and that I had six weeks to change that. Now, three weeks later, time for me to get my machines into compliance is running out, and I haven’t gotten very far. But it’ll probably be fine. Here’s where I stand with only three weeks left to go.

I have until July 31 to get into compliance with the city’s ordinance, which states that “No person shall permit the accumulation of one or more inoperable vehicles outside of a completely enclosed building for a period of more than fourteen (14) days.”

It should be no surprise, based on my writings over the past few years, that I own quite a few machines that fall under the category of “inoperable,” which means I have some work to do.

My plan is to just get rid of the cars. And yes, I bet that sounds a bit nuts given how passionate I’ve been about these machines, but the reality is that, for the last five years, I’ve been automobile-ing pretty much non-stop. It became a lifestyle, because my love for cars knew no bounds. I visited junkyards more frequently than bars, I rebuilt engines more frequently than I went on dates, I shopped at car parts stores literally more than I got groceries, I fixed vehicles pretty much every single weekend. Such are the dangers of having a job that lines up exactly with my passion; I dove in deep. Too deep. It was awesome, but now I’m pulling back the reins.

While normally, selling the things that have motivated me and helped me stand out as a writer would pain me (after all, just look at how bummed I was when I let go of my Postal Jeep, manual Jeep Cherokee, and Jeep Grand Wagoneer), I’m struggling to see cars in the light as I had the first 28 years of my life. Hopefully this will end and the love will return, but even before I received the letter in June, disillusionment hit me. Whereas I used to look out at my cars and see their incredible histories, their amazing mechanical intricacies, and their beautiful styling as the ultimate form of true, soulful art, now all I see is steel, aluminum, and plastic held together with fasteners.

I mention all of this because I’ve interviewed many car hoarders in my time as a journalist, and the one thing that they all have in common is an undying passion for their machines. A hoarder looks out at their vast fields of four-wheeled metal and imagines the history, sees the design, appreciates the engineering, and considers the potential for glory. The fact that I don’t anymore means my hoarder-itus is in remission.

This is a good thing, because it tells me I’ll have no trouble letting go, but it’s a bad thing because I still need motivation to wrench (and also do my job). If I have to let the cars go as-is, I’ll do it, but it probably makes sense for me to try not to fall too far on my ass when it comes to recuperating some of the money I put into the vehicles.

Thanks to some help from friends coming over and lending a hand, I’m in a pretty decent position right now, despite only having about three weeks to work. Let’s quickly go through the 12 machines:

This Kia, which only exists because it was going to be a sacrificial vehicle for a video series hosted by my coworker Jason and me, is going to the junkyard. I’ll invite some readers over to bash the crap out of it with a sledgehammer to relieve some of their COVID-related stress (hopefully a neighbor doesn’t call the cops—also, see tweet below). Then I’ll just haul the machine with a U-Haul trailer to the great automotive cemetery in Pontiac.

Ridding of the Kia should be no issue. I’ll do it this weekend.

After installing a new battery, and throwing a bit of automatic transmission fluid into the V8’s cylinders to get them nice and lubricated (since the vehicle had been sitting so long), I pull-started the Land Rover, with my friend Brandon doing the towing with my $500 Jeep Comanche.

The Land Rover fired up (well, after I realized I’d forgotten to plug in the passenger’s side bank of spark plug wires—d’oh!), though it sounds terrible, and the coolant bottle overflows once I turn the key off.

I’m going to tinker with this SUV a bit to try to get it into better running shape so that it’s easier for me to transport, though I’m not sure where to.

I’ve got a new, non-bent axle in to replace the one that had been T-boned, but I still need to install new axle seals, axle shaft u-joints, wheel bearings, a track bar, tie-rod ends—the list goes on. The whole front suspension and steering setup has to be replaced.

Once that’s done, I need to throw on a nice fender and wheel-liner, and then have the state inspect the machine and grant it a salvage title. Then I can sell it.

My friend Brandon and I installed the piston rings the other day, and hopefully i can get myself to start assembling the AMC 360 motor soon.

I removed the engine’s cylinder head many months ago to remove a broken exhaust stud, but by the time I got the head back on, the bank of cylinders had rusted a bit. So I yanked the motor to hone it. I should have been more expeditious with my exhaust stud removal; then I wouldn’t be in this mess.

But alas, it’s time to slap the motor back together and get the Golden Eagle back into flight. Then I’ll sell it.

My brother’s 1966 Ford Mustang is in the garage, still not functional. I’m going to keep this, because it’s my brother’s dream car, and it’s absolutely beautiful. Plus, since it’s in the garage, the city doesn’t mind that it’s not registered or working.

As you can see in the video at the top of this post, my friend Brandon—the flat-fender whisperer—got the Willys running. We had to pull-start it, since the battery seems to be toast and won’t crank the starter. And we did have some issues with the battery ground, but eventually, we got the Go-Devil motor firing, and it sounds great!

The knock that existed after my unfortunate Willys-drowning incident is gone. It seems the $300 I spent to have the crankshaft journals ground and new bearings thrown in were worthwhile investments. I have a buyer coming tomorrow to hopefully hand me $2,900 in exchange for this running, driving, titled Project Slow Devil, the hero that conquered Moab in 2017.

This Jeep is in excellent shape. I’ve driven it 4,000 miles in the last month and a half (check out my Instagram to see where I went!). The air conditioning “blows cubes,” the engine runs well, the transmission (which I rebuilt myself) shifts like a dream, and really, there aren’t any major issues.

This is my first vehicle. I bought it when I was 19 from the football stadium parking lot at the University of Virginia. I’m not ready to sell it yet. The good news is that, aside from a bit of a coolant leak into the oil, the Jeep works well.

My brother has been driving my 2001 Jeep Cherokee. I bought the vehicle for only $500, but it runs and drives fine, aside from needing a new starter and neutral safety switch. Those aren’t priorities, since it’s registered, and usually starts up just fine.

My free 1987 Jeep Grand Wagoneer will soon have a new owner. A gentleman has already begun wiring me $4,000.

I need to figure out how to register the Comanche, given that we’re in COVID times, and the Secretary of State office here in Michigan is offering limited services. Otherwise, this Comanche should pass the ordinance, as it functions quite well.

It’s Not Too Bad

Basically, all I have to do is tow the Kia to the junkyard, get rid of the Land Rover, register the Comanche, finish selling the Willys and Grand Wagoneer, and fix the Golden Eagle and 1991 Jeep Cherokee.

Worst case, I don’t finish one of those latter wrenching projects, and I shove it into my garage.

I think I’ve got this.