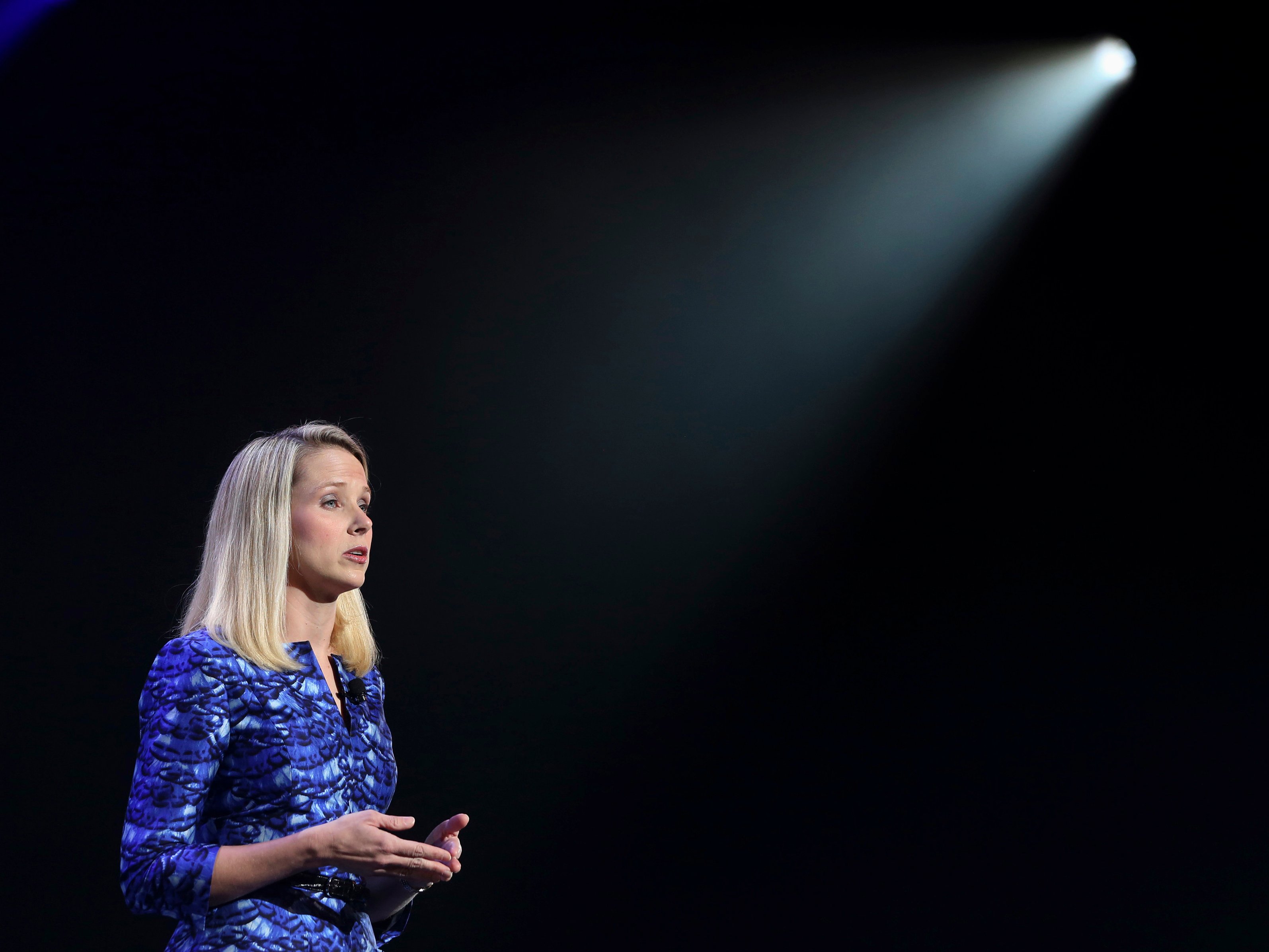 Yahoo still has way fewer mobile engineers than its competitors

The deadline to nominate new Yahoo board members is only a week away, but it’s unclear where talks stand between Yahoo and activist investor Starboard Value.

The two sides met last week, right after Yahoo announced the addition of two new board members that many viewed as a rebuke to Starboard.

Starboard, which wants Yahoo to sell its core business and replace CEO Marissa Mayer, still hasn’t submitted its nominations for the new board members it will need to get its way, and has remained oddly quiet lately.

And Mayer is not showing any signs of planning to leave. In a recent interview with Charlie Rose, Mayer said she hopes to remain CEO for possibly another three years.

With all the uncertainties going on, this story could certainly take an unexpected turn of event. Here’s a few possible scenarios based on the latest developments.

With all the pressure Starboard has put on Yahoo over the past few months, it’s highly likely the activist investor will submit new board member nominations before the March 26 deadline.

That will kick off a proxy contest between Yahoo and Starboard, in which case company shareholders will vote for directors among candidates fielded by both sides. The vote would take place at the company’s annual meeting scheduled for the summer.

Proxy contests often turn into long, ugly battles. And considering a number of major Yahoo shareholders have publicly expressed their discontent over management, a proxy battle may be the last thing Yahoo wants to deal with.

Instead, Yahoo could look for a settlement with Starboard, which would result in giving up a few board seats. Starboard has a history of overhauling the entire board when they win proxy fights, so a settlement would be a better outcome for Yahoo.

One alternative scenario is that Yahoo may try to arrange a deal with a buyer who’s in favor of keeping the current management in control.

In fact, Yahoo’s latest moves hint that the company feels confident going against Starboard. Besides hiring two new board members, Yahoo’s also reportedly frustrating a lot of buyers by dragging its feet in any potential talks. According to CTFN, Yahoo’s also made uncharacteristically long nondisclosure agreements, causing potential buyers to hesitate signing it.

On top of that, Yahoo has the right to delay the annual meeting for a few months. That would let the company buy time to find a favorable buyer, without giving up any board seats to Starboard. Yahoo delayed its annual meeting back in 2008, when it was pressured by another activist investor, Carl Icahn, although it ended up reaching a settlement with him then.

If Yahoo does pull a rabbit out of a hat, and find a buyer who is on-board with its plan, it would be a major coup. The company would then be under ownership of another company while keeping its current team intact — meaning Starboard would essentially be taken out of the picture.

But given the current management team’s track record at Yahoo, it’s hard to imagine many buyers would elect to keep the current team in place. If Verizon ends up buying Yahoo for instance, AOL CEO Tim Armstrong would likely take over the Yahoo business.

In any case, it’s going to be a busy few months ahead for both Yahoo and Starboard. And a sale of the core business seems inevitable.

“I’m feeling cautiously optimistic that they’re moving in the direction towards a sale, and hopefully a sale with a high price for the shareholders,” says activist investor Eric Jackson, one of Yahoo’s loudest critics.

NOW WATCH: We tested the ‘Keurig of food’ that claims it can replace everything in your kitchen