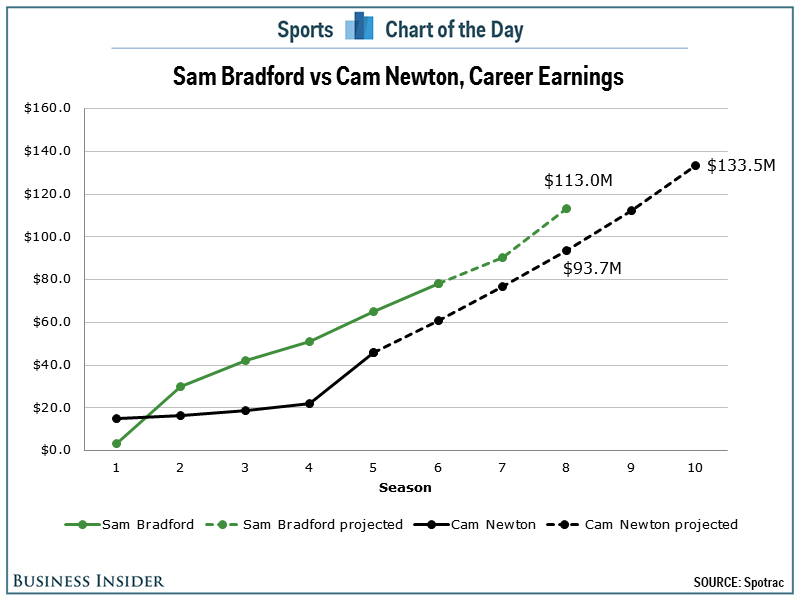 Sam Bradford and Cam Newton were the top pick in the NFL Draft in consecutive years. One is the reigning NFL MVP who took the Carolina Panthers to the Super Bowl. The other has made a lot more money.

That difference in just one year continues to resonate in how much the two players will make in their careers. Newton recently signed a 5-year, $104 million extension. Even with that deal, he will still make nearly $20 million less than Bradford in their first eight seasons. Newton does have two more years on his contract past the 2017 season, but at that point, Bradford will be just 30 years old, and he will be a free agent in an era with an exploding salary cap.