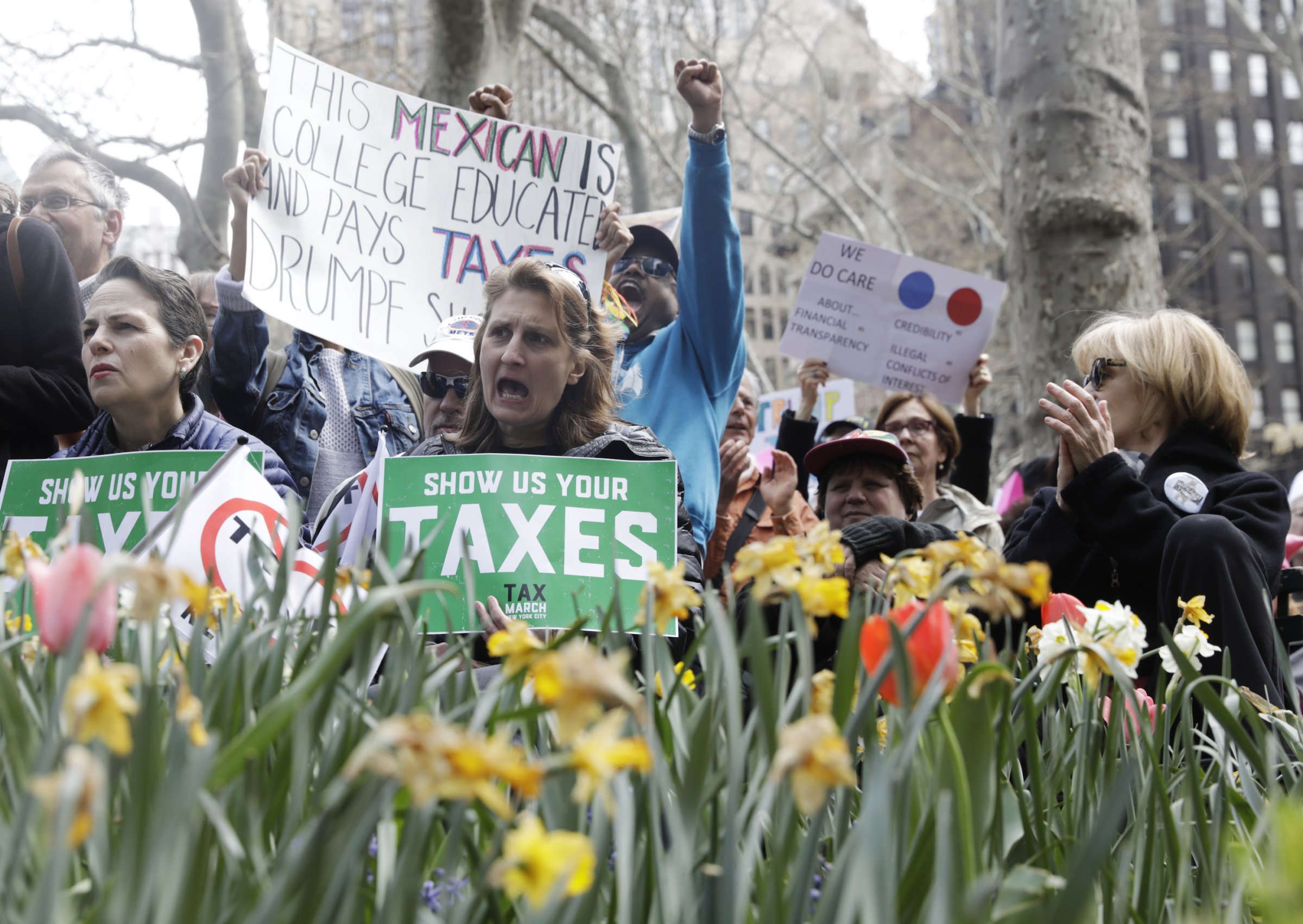 In a series of tweets, Trump first responded to critics who have highlighted that following his meeting with Chinese President Xi Jinping, he has reversed on his promise to declare China a currency manipulator.

During the 2016 campaign, the then-Republican presidential nominee often said that China was manipulating its currency to boost exports, a policy that cost American manufacturing jobs.

Why would I call China a currency manipulator when they are working with us on the North Korean problem? We will see what happens!

After wishing America a happy Easter, he blasted organizers of Saturday’s Tax March. The nationwide protest urged Trump to release his tax returns, a presidential tradition he has declined to uphold.

I did what was an almost an impossible thing to do for a Republican-easily won the Electoral College! Now Tax Returns are brought up again?

Someone should look into who paid for the small organized rallies yesterday. The election is over!

Saturday’s Tax March protest was organized by a network of left-leaning groups whose support and sponsorship was public on the march’s website. Organizers reported that a total of 100,000 protesters participated in Tax March events across the US.

The march came as Democratic lawmakers renewed their calls for the president to release his tax returns.

“Who really calls the shots over the man who now sits in the White House?” Warren asked. “He could clear this up just like that if he would make his taxes public.”