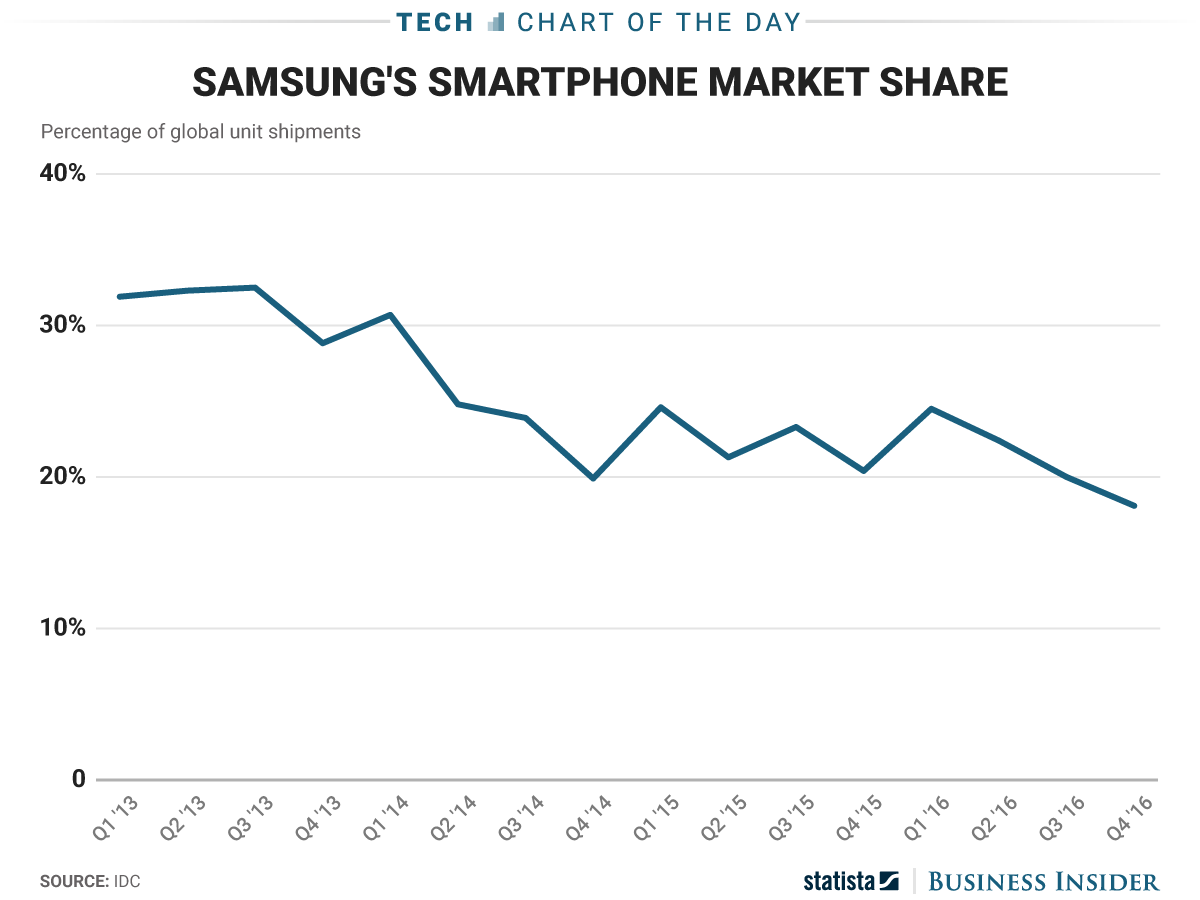 In what will likely be the biggest Android device launch of the year, Samsung on Wednesday introduced its new flagship smartphones, the Galaxy S8 and Galaxy S8+. At first blush, they look good. We mean that in the most literal way possible — the display-heavy hardware design is gorgeous.

That early promise is good for Samsung, because it has a lot riding on these phones. The company’s last big phone, the twice-recalled Galaxy Note 7, was one of the biggest embarrassments in tech history. The company is also dealing with a political scandal that’s rocked its native South Korea and led to the arrest of its de-facto leader.

And to top it all off, Samsung’s grip on the smartphone market is shrinking. This chart from Statista puts it in perspective: According to research firm IDC, Samsung’s smartphone market share has fallen from 32% in 2013 to just over 18% in the most recent quarter. IDC says Apple now sits at first, while at least one analyst thinks third-place Huawei will surpass it in the future.

The Galaxy S8 alone may not be able to bring the company’s phone business back to those earlier heights — that’s always been about volume, and Chinese brands are undercutting Samsung on the lower end of the market. Plus, market share doesn’t necessarily equal profits. But a smash hit would certainly help to take some of the bad taste out of Samsung’s mouth.