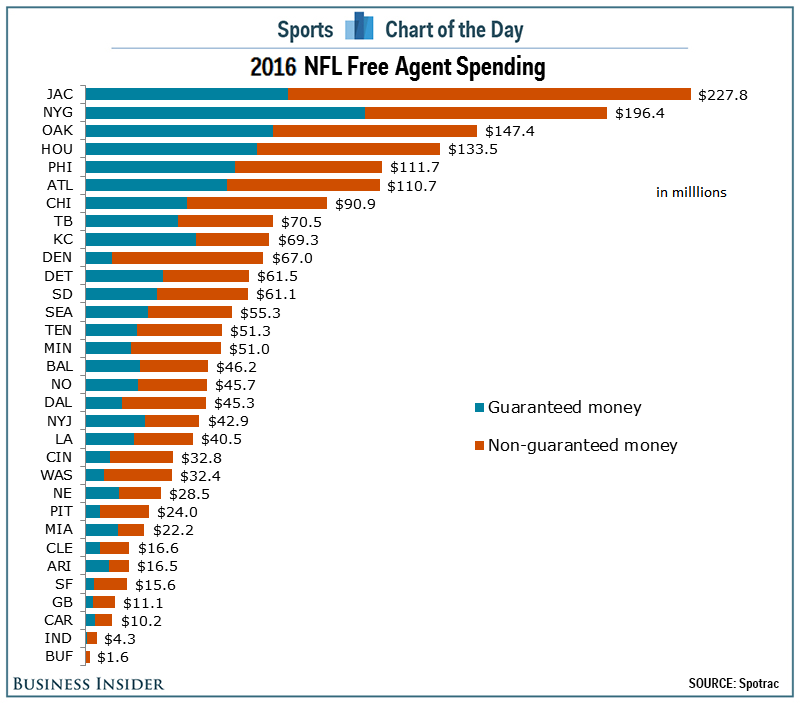 The 2016 NFL free agency period is winding down and teams have combined to hand out $1.94 billion worth of contracts including $834 million in guaranteed money according to data collected by Spotrac.com.

The biggest spenders have been the Jacksonville Jaguars who have spent $227.8 million. Their biggest signing was defensive end Malik Jackson, who received a 5-year, $86 million contract. The New York Giants are not far behind at $196 million. Of course, free agency isn’t the only way teams can spend money. The other big source of expenditures is teams giving their own players contract extensions.

If we include extensions and free agency spending, suddenly it is the Eagles blowing everybody else away, having spent over $100 million more than the next team on the list. Of the money the Eagles have spent, $230 million has been in the form of contract extensions, with five different players receiving new contracts worth at least $35 million.