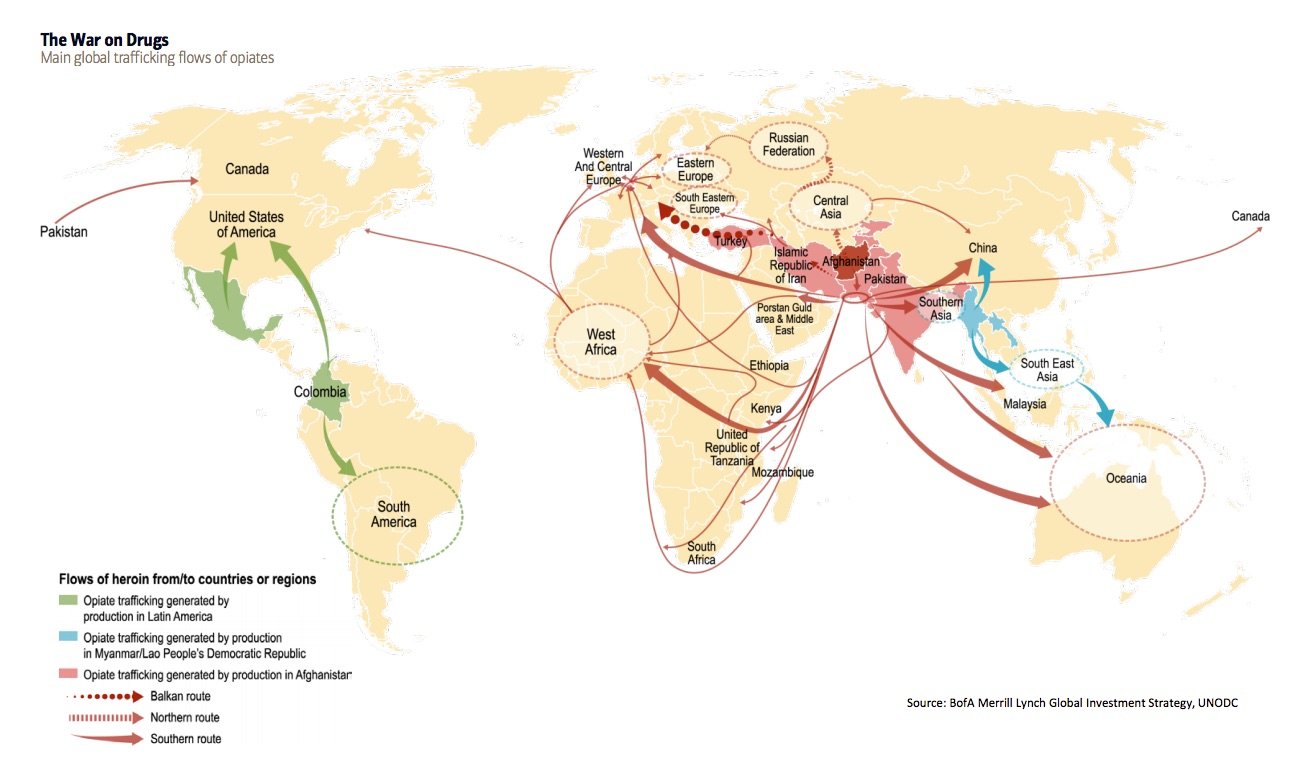 Bank of America Merrill Lynch this week put out a note it dubbed the “Transforming World Atlas”, which tries to explain the world through a series of maps.

One of the most interesting in the pack is its map on the trafficking of illegal opiates — heroin — around the world. The map shows there are 3 main heroin producing regions globally: the so-called “Golden Crescent” of Afghanistan, Iran, and Pakistan; the “Golden Triangle” of Burma, Laos, and Thailand; and Colombia and Mexico in South America.

Afghanistan produces, by far, the most heroin.

While these hubs are pretty well known, what’s interesting to see is the trade routes that the drugs take to get into various countries. While its a pretty straight forward route from Mexico to the US, heroin tends to take a winding route to Western Europe via hubs like West Africa or Russia before ending up in places like the UK or the Netherlands.

NOW WATCH: These are the side effects of sleeping on your back, side, and stomach