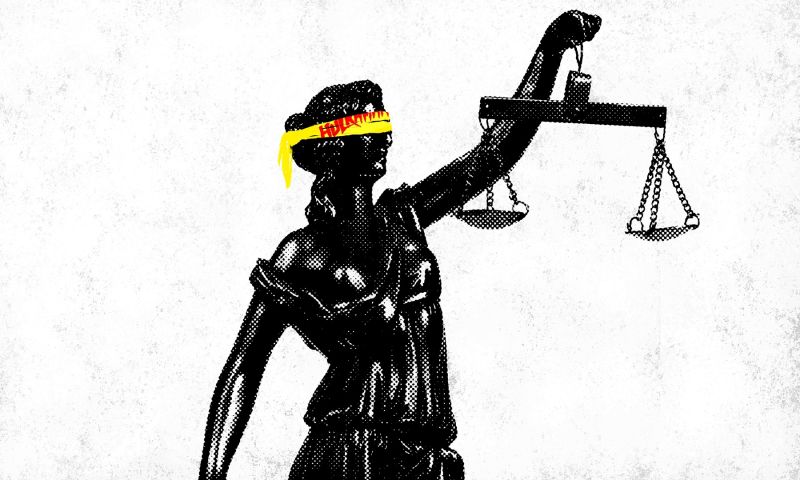 The decision by a Florida jury to grant $140 million in damages for a story on Gawker.com about a Hulk Hogan sex tape was extraordinary. The number is far larger than even the plaintiff himself had asked for in relief. It’s a huge pay-day for an indiscretion that would have been quickly forgotten, one among many in the professional wrestler’s personal life.

The enormous size of the verdict is chilling to Gawker Media and other publishers with a tabloid streak, but it is also a flag to higher courts that this case went wildly off the rails. The plaintiff’s lawyers, with the occasional assist from our witnesses, successfully painted Gawker as representative of an untrammeled internet that good and decent people should find frightening and distasteful. Emotion was permitted to trump the law, and key evidence and witnesses were kept from the jury.

A state appeals court and a federal judge have already held repeatedly that the 2012 commentary and short video excerpt, which joined an existing conversation and explored the public’s fascination with celebrity sex tapes, were newsworthy. We have had our day in trial court, and we lost. We will have our day back in appeals court, and we will be vindicated.

Hogan did not sue us, as he has claimed, to recover damages from the emotional distress he purportedly experienced upon our revelation in 2012 of a sexual encounter with his best friend’s wife, Heather Cole (then Heather Clem). It turns out this case was never about the sex on the tape Gawker received, but about racist language on another, unpublished tape that threatened Hogan’s reputation and career.

As our lawyers argued in legal briefs that were kept secret by the trial judge from the public—and even from me—until an appeals court unsealed them on Friday, Hogan filed the claim because he was terrified that one of the other tapes, which memorialized his rant about his daughter dating “fucking niggers,” might emerge. As I have come to learn, Hogan himself put it in a text message to his best friend, the radio shock-jock Bubba Clem, days after we published our story: “We know there’s more than one tape out there and a one that has several racist slurs were told. I have a [pay-per-view special] and I am not waiting for anymore surprises….” I had suspicions, but it is now clear that Hogan’s lawsuit was a calculated attempt to prevent Gawker, or anyone else who might obtain evidence of his racism, from publishing a truth more interesting and more damaging than a revelation about his sex life.

Moreover, the basis of his claim that he had a reasonable expectation of privacy during his sexual encounters with Heather Cole, then Bubba’s wife, was that Hogan didn’t know he was being filmed. From the documents released by the appellate court, it is now clear that this is contradicted by multiple statements Bubba made to FBI agents asserting that Hogan knew full well that Bubba had wired his bedroom for video and was filming. We were barred from presenting that crucial evidence to the jury, or asking Bubba how much his most intimate friend knew about the couple’s sexual practices.

Hogan initially blamed his friend for the tape’s release, but later settled his lawsuit against Bubba for the sum of $5,000 and a pledge to play the role that Hogan needed him to in the litigation against Gawker. Bubba complied, asserting his Fifth Amendment rights against self-incrimination to avoid answering our questions about Hogan’s role in the tape’s genesis; the trial court allowed him to keep his end of his settlement bargain and prevented us from putting him on the witness stand.

For his part, Hogan testified that he knew nothing about the other tapes of him and Cole. I learned on Friday that there was substantial evidence that he and one of his lawyers David Houston had watched the tapes—including FBI surveillance audio recorded as they were doing so—and that they were aware that one of them contained racist epithets. The trial court barred us from presenting that evidence to the jury as well.

So constitutional issues aside, we now know that the trial was a sham from the start. The real, and actually embarrassing, reason Hogan sued Gawker to begin with was hidden from the jury, from the public, and from me, while he put on a show about being violated by the publication of nine seconds of his sex life, after years of boasts about his prowess on talk radio and shows like Howard Stern.

The absence of essential testimony and evidence explains why Gawker Media was found liable in this first round in the courts. It is harder to explain the immense sums awarded to compensate Hogan for his emotional distress and economic loss.

There is a reason why judges typically hew to the First Amendment and protect free speech from the censorious impulses of juries. It is specifically designed to protect minority opinion from majority outrage. Freedom of expression will always be more popular in principle than in practice. We want to be free to express ourselves, but are less enthusiastic when that freedom is exercised by others with whom we disagree. Nobody likes a critic.

The jurors sent a message by the only means they had available, through damages. They appear to have bought the argument that a single popular article, which carried no advertising and which stimulated no sustained increase in traffic, had increased Gawker’s brand value by $15 million, and that the wrestler should be paid $4.95 for each view of the video on Gawker’s sites as well as many others over which we had no control, racking up an additional $35 million. And they awarded him $60 million for emotional distress with precious little evidence that he actually experienced any, principally a welling of tears backstage when Hogan’s media tour made a stop by Kathie Lee. The median jury award for wrongful death cases in the United States, according to a 2004 Bureau of Justice Statistics report, is $961,000.

Hogan’s attorneys played this state circuit court trial as a popularity contest between the local celebrity and the miscreants from New York. It was as staged as a professional wrestling bout, with victory of the crowd favorite over the “deviant” bloggers—who were held responsible for internet pornography, the dangers of search engines to children, and the indecency of what Hogan’s attorney Ken Turkel described as “Fifth Avenue” publishers—ordained from the start. It was a classic obscenity trial disguised as a test of a person’s right to privacy.

I can understand disapproval from other journalists of the explicit portion of video, even if screenshots had already been published elsewhere. They can criticize the language of A.J. Daulerio’s article, despite the fact that the words were accepted even by the plaintiff as newsworthy.

Back in 2012, to the largely young and metropolitan audience of Gawker, and to those who found the story through news reports and search engines, the post was not particularly offensive. It was their choice to click on the headline and the play button. But the climate has changed since Kim Kardashian and Paris Hilton made their names with celebrity sex tapes; they seem like artifacts from an earlier and more licentious internet era. Internet journalists, like all journalists, are subject to the criticism of their peers and readers, and adjust accordingly. That is how free speech defines its own limits.

In this litigation, however, taste and changing cultural norms are not at issue. A federaljudge and three members of Florida’s Second District Court of Appeal have already found the entire story, including the video excerpt, protected by the First Amendment as a matter of general interest and public concern—another fact that we were not allowed to tell the jury. Even if some could not see the point of Gawker’s initial story, the saga has become ever more newsworthy as details have emerged about the cover-up Hulk Hogan attempted and the yawning gap between the charming showman he presents, and the calculating businessman he is.

Celebrities, especially ones as public about their personal and sex life as Hulk Hogan, have a narrower zone of privacy than ordinary people. Regardless of questions about Gawker’s editorial standards and methods, self-promoters should not be allowed to seek attention around a specific topic and then claim privacy when the narrative takes an unwelcome turn. The benefits of publicity come at a price; and for someone like Hogan, whose whole life is a performance, it’s a full-time and long-term commitment.

On the stand, Hogan claimed his sexual boasts and inconvenient public statements fell under the umbrella of his “artistic liberty” as an actor. He can be untruthful when in character, he admitted cheerfully, and he is in character whenever he leaves his home. That split personality was revealed at its most bizarre when he gave an example: Hulk Hogan the character has a bigger penis than Terry Bollea the man, he said. Hogan’s is public, Bollea’s is private, but the fact is that most of us can’t tell the character from the man—especially when the trademark bandana is worn by both, even in court.

Fine, that confusion may be a symptom of the modern era, in which everyday life itself becomes a performance on talk radio, reality television, or social media. Indeed, Hogan’s lead counsel spent some time explaining to the jury the concept of “scripted reality,” in which performance and real life are blurred. We heard an echo of the argument recently, when a spokesperson for Donald Trump dismissed his long history of misogynist remarks as the words of “a television character” rather than a presidential candidate.

But these always-on celebrities should not be surprised when their credibility is questioned, and journalists attempt to sort out what is real and what is fake. That’s our job, and we intend to pursue it both in the courts and on the page.