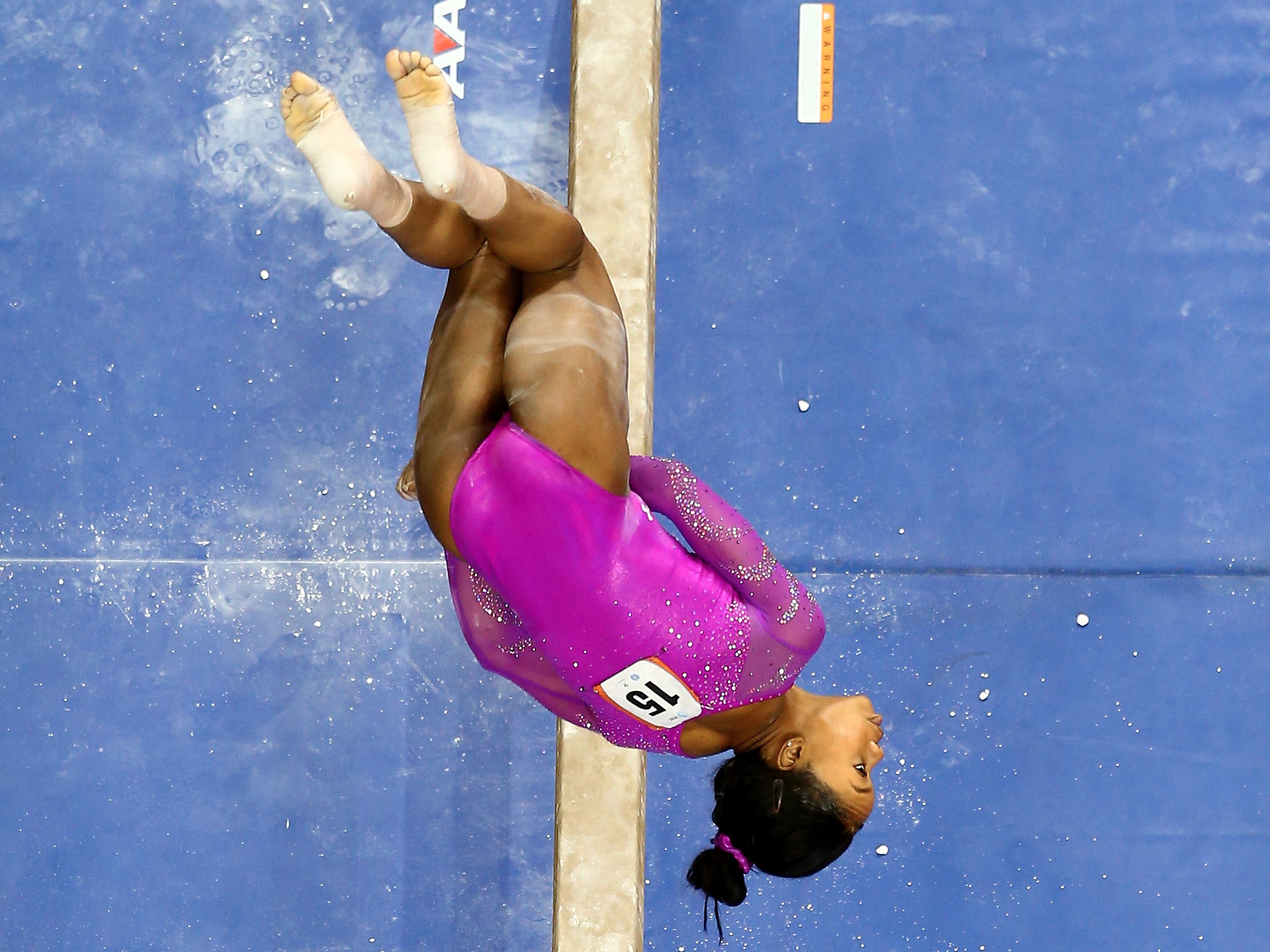 We’re still several months away from Rio 2016, but people are already starting to get hyped about gymnast Gabby Douglas as a potential member of the women’s Olympic team.

Or we should say, people are already starting to get hyped again.

Douglas took home several medals — including the gold medal for the US in the All-Around finals — at the London games in 2012. In doing so, she became the first African-American woman to win the All-Around, and the first American ever to win gold in both the team and individual event. Her story inspired people around the world, from this gymnastics team in New York City to a 13-year-old battling Lupus.

Douglas, now 20, could have easily been a one hit Olympic wonder. Instead, she is back and ready to prove she’s anything but. Over the weekend, she won the American Cup — a major international gymnastics competition that is traditionally one of the first events in the elite gymnastics season.

This video of her near-flawless beam routine from said competition has been viewed more than 4,000,000 times in just two days.

“Beautiful,” NBC commentator and former Olympic gymnast Nastia Liukin exclaimed as Douglas pulled off her first big move. The judges thought so too; her routine scored a whopping 14.966 (gymnasts are no longer scored on a ten point system, read more about that here.)

Liukin labeled this move “perfect,” noting that it’s one of the most difficult in Douglas’ routine.

While the American Cup has no bearing on who will make the Olympic team, crushing it at the annual event sends a message that says, “hey, you’re going to want to watch me when it comes time for Olympic trials.” Douglas would know — this isn’t the first time she’s wowed at the American Cup.

In 2012, she made headlines after posting some of the highest scores of the entire competition. Back then, Douglas was an alternate, so her crazy-high scores, while documented, weren’t counted as part of the official competition. Still, the event thrust her into the spotlight, just a few months before she’d become an Olympic gold medalist. Now, at 20, Douglas (along with fellow Olympic hopeful, 21-year-old Aly Raisman) would be among some of the oldest women to ever compete as Olympic gymnasts, Today reports. She’ll face some serious competition from newcomers like 18-year-old Simone Biles to nab one of the coveted spots on the team during the team trials in July.

But an unstoppable women’s gymnastics team has long been a highlight of the summer Olympics. The Magnificent Seven — Shannon Miller, Dominique Moceanu, Dominique Dawes, Kerri Strug, Amy Chow, Amanda Borden, and Jaycie Phelps— were the first to take home the gold medal for the USA women’s team competition at the 1996 Atlanta Olympics. Most memorably, perhaps, was Kerri Strug, who injured her ankle during her first vault, then famously landed her second before collapsing.

It wasn’t until 16 years later in London, that another US women’s gymnastics team would capture the hearts (and attention) of America like the Magnificent Seven did. The Fierce Five, (the group initially went by The Fab Five, but later changed their name) which included Gabby Douglas, was a force. They even had their own historical moment on the vault when McKayla Moroney stuck her landing and earned the highest score for the entire competition, helping lead her team to victory. Getty ImagesKerri Strug is carried by her coach after her first vault (left) and McKayla Moroney sticks her vault landing in 2012 (right).

And of course, who could forget the face that launched a thousand memes.

Still, we’re hopeful Gabby “The Flying Squirrel” Douglas will make another appearance on the Olympic team, and on the podium, this summer. NOW WATCH: This guy is absolutely jacked, and he only has one arm