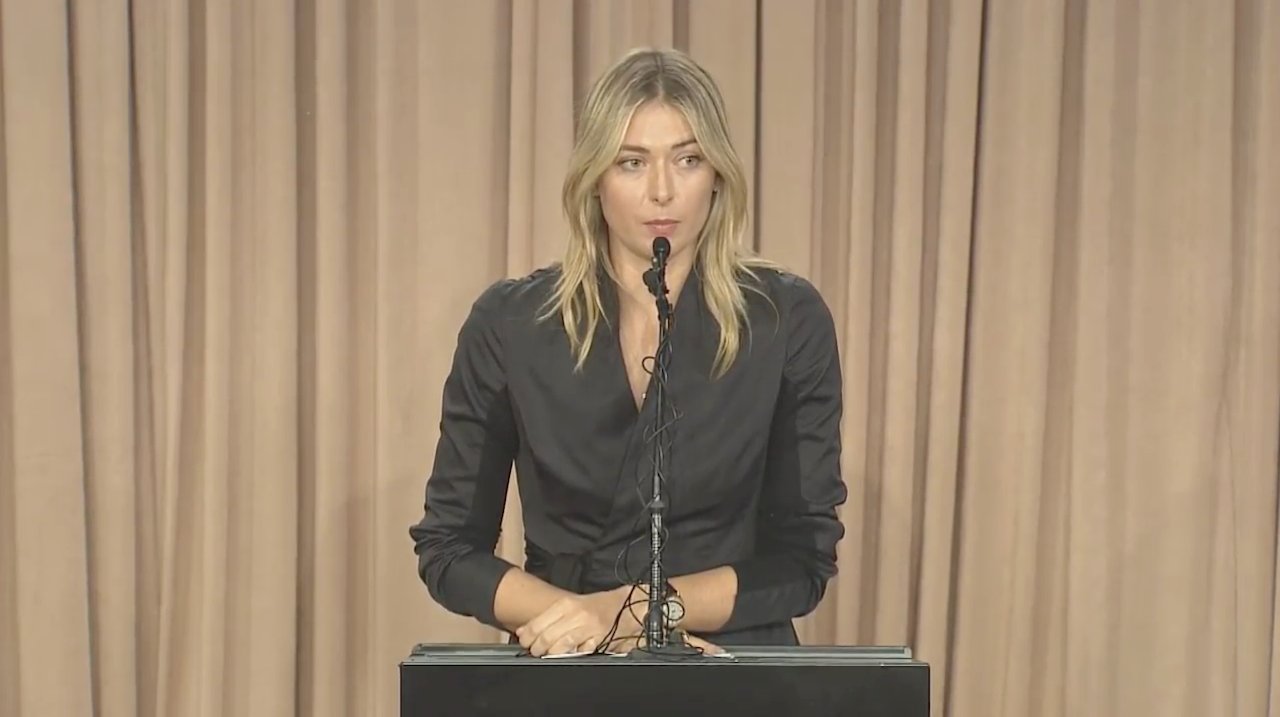 Tennis star Maria Sharapova admitted Monday that she failed a drug test at the Australian Open.

In a Monday press conference in Los Angeles, the five-time Grand Slam winner said she had been informed by the International Tennis Federation that meldonium, a drug she had been taking since 2006, had recently been added to the list of banned substances. She said that she did not yet know what the consequences of the failed test would be.

“I made a huge mistake,” she said.

Shortly after the press conference, Nike — Sharpova’s longtime sponsor — said it was suspending its relationship with the tennis star while the investigation continues. Nike said in a statement that it was “saddened and surprised” by Sharapova’s admission.

Sharapova said she had started taking the drug because of a variety of health concerns, including the possibility that she may have diabetes, a disease she said runs in her family history. She continued taking it, she said, because it helped improve her conditions.

At the beginning of 2016, the World Anti-Doping Agency (WADA) released an updated list of banned substances, which included meldonium. Sharapova explained that she neglected to read the list.

As noted by AP reporter James Ellingworth, meldonium was a popular drug among Russian athletes when it was legal.

Important to say there are many legitimate uses for meldonium. It has a variety of applications.

Interestingly, it was featured in last night’s ARD doping documentary which alleged large numbers of Russians had been taking it when legal.

At the Australian Open, Sharapova lost to Serena Williams in the quarterfinals. Sharapova has struggled with injuries of late, playing in just three tournaments over the past eight months. She recently withdrew from Indian Wells because of injuries.