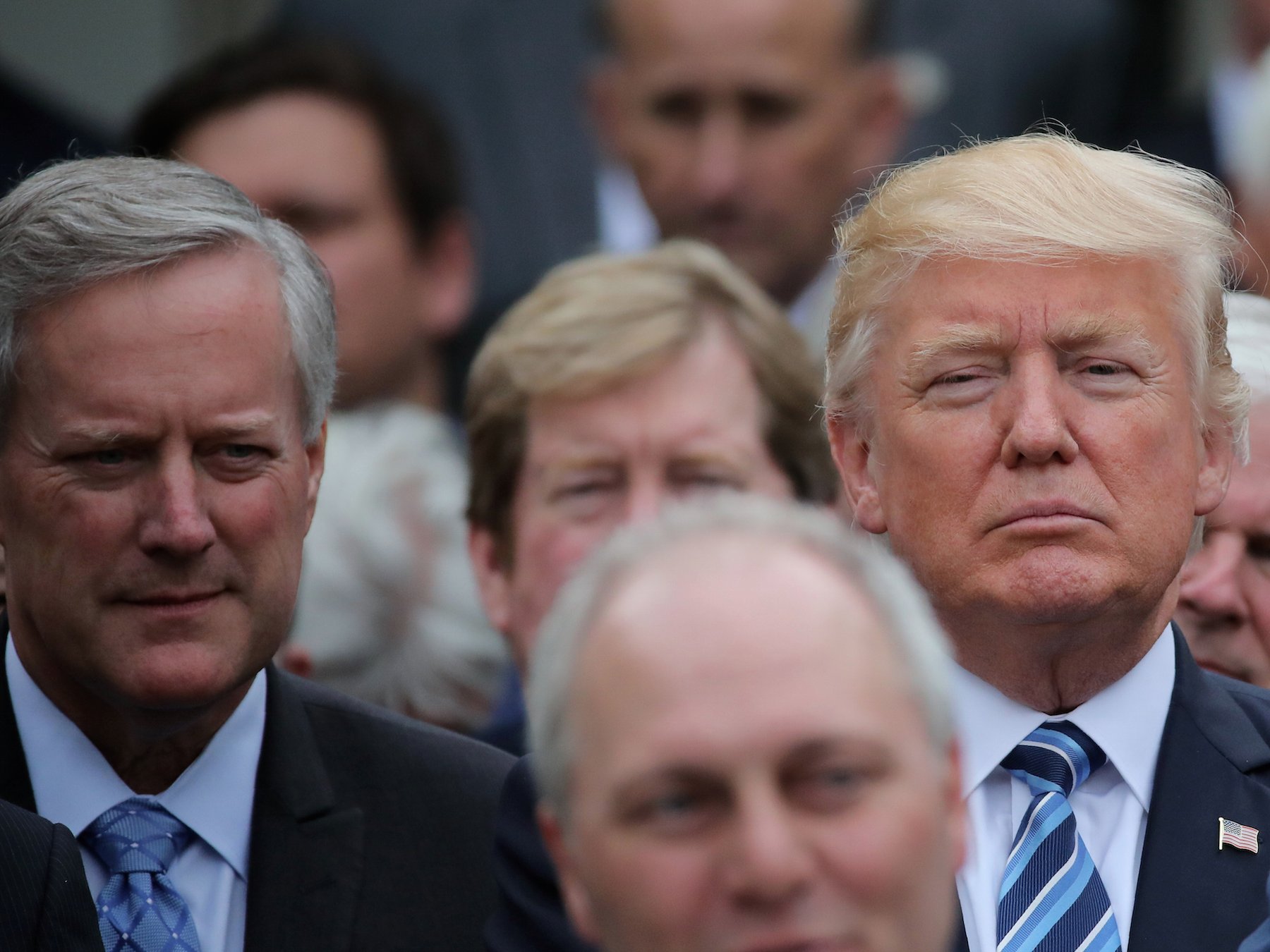 Rep. Mark Meadows and the hardline conservative House Freedom Caucus are working to help craft the Senate’s version of the Republican healthcare bill.

Meadows told HuffPost that he has been working with the Senate on the bill for it to reflect the more conservative elements that the Freedom Caucus worked to add to the American Health Care Act, which passed through the House last week.

A source close to the Freedom Caucus confirmed to Business Insider on Monday that Meadows has met with the Senate steering committee on healthcare over the past month about the chamber’s legislation.

“He believes there’s a grand compromise to be made if negotiating partners are willing to come to the table,” the source said of Meadows.

The Freedom Caucus source said Sens. Mike Lee and Ted Cruz, two staunchly conservative members of the upper chamber, have been “heavily involved” in meetings between the camps. Cruz and Lee, along with Sen. Rand Paul, came out along with the Freedom Caucus in opposition to the original version of the AHCA for not going far enough in its repeal of Obamacare.

The Freedom Caucus source said Meadows has also met with Sens. John Thune, Bill Cassidy, and Tom Cotton about the bill. Cassidy and Cotton have been critical of some of the concessions that got the Freedom Caucus’s members on board.

Meadows told HuffPost that the “fundamental question” on the bill for him is the tax credits for people to buy insurance. Conservatives want to keep the AHCA’s construction, which gives a flat advance refundable credit based on age, because it would be cheaper than the current Obamacare subsidies.

Thune has been an advocate for keeping the income-based subsidies for the GOP replacement, but Meadows said he has “had discussions” on the topic with Thune.

Once on the fringe of the party after joining Congress in 2013, Meadows has found himself at the center of the healthcare push. The North Carolina lawmaker even stood behind President Donald Trump along with House Speaker Paul Ryan and the chairs of powerful House committees that drafted the AHCA during the celebration of the bill’s passage in the House.

SEE ALSO:Trump just got a big win on healthcare, but his agenda might take a lot longer than anyone expected

NOW WATCH: This animated map shows how religion spread across the world