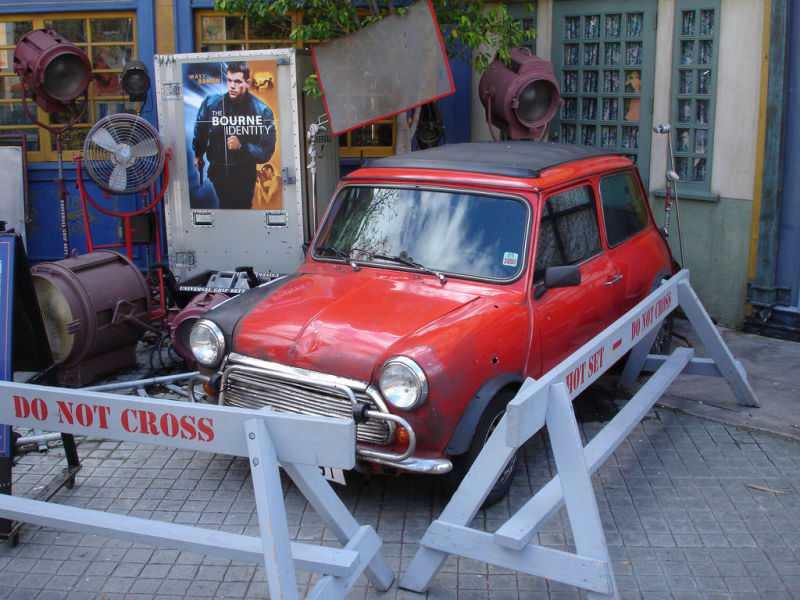 The little red Mini Cooper featured in the signature car chase from 2002’s The Bourne Identity once had its own little corner on the Universal Studios lot. The fifth film in the franchise, tentatively titled “Bourne 5″, is currently shooting.[Robert Taylor via Flickr, taken in 2005]