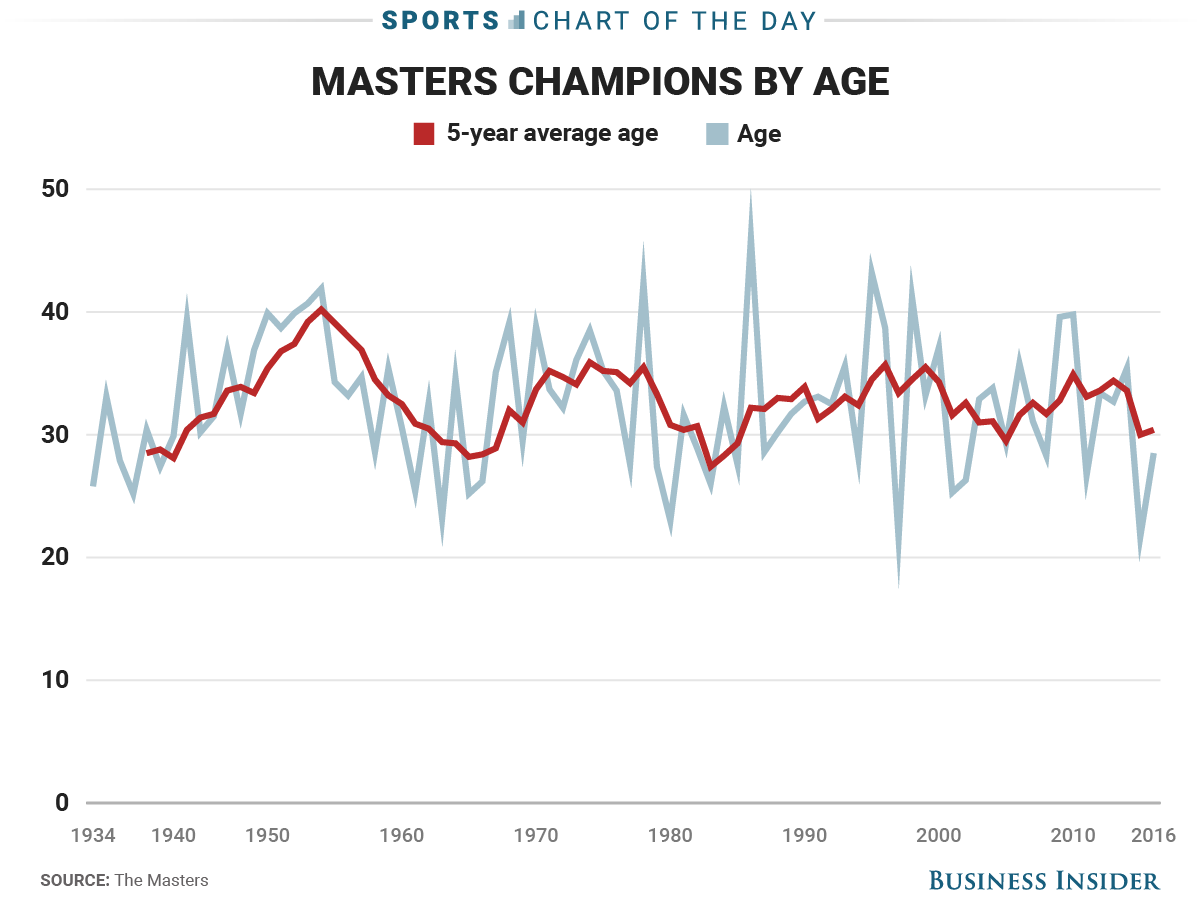 We still don’t know who will win the 2017 Masters Tournament, but we shouldn’t be surprised if one of golf’s young guns steals the show again as the last two Masters champs and three of the previous six have been in their 20s. That includes 21-year-old Jordan Spieth in 2015.

Interestingly, the ages of Masters champions seem to go in cycles. Below is a look at the age of every Masters winner and the five-year running average of those ages (red line).

In the history of the Masters, there have been four periods where the average age of recent champions gradually increased. At some point, a new group of younger champions came in and pushed the average down, only to see that succeeding group gradually grow old together. We appear to be in the fourth downward trend. Presumably, that average will soon start rising again as this new group of dominant golfers gets older.