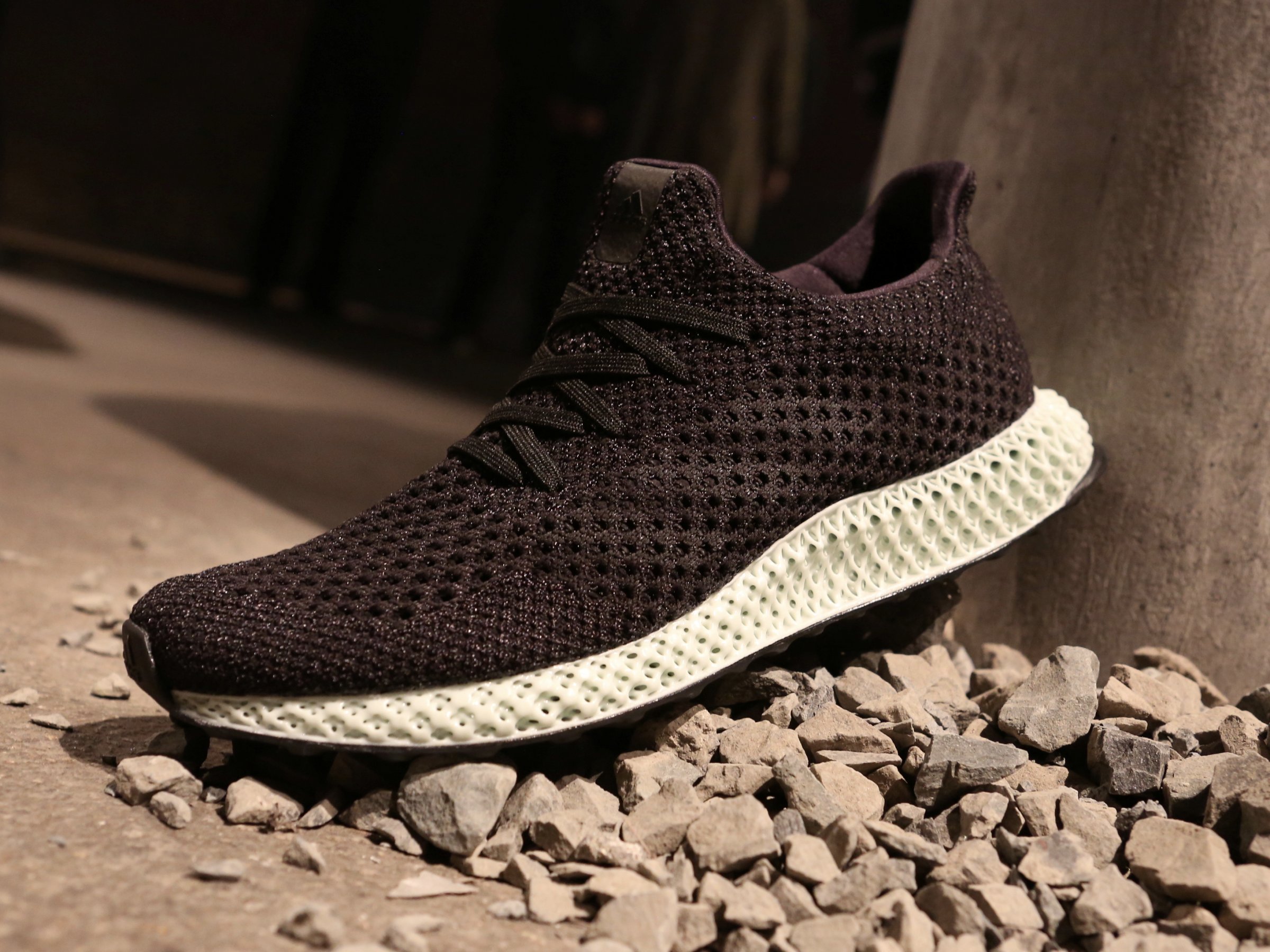 Adidas just revealed its blueprint for the future, and it looks like that’ll include being the first to bring 3D-printed shoes to the masses.

3D-printed shoes have been relegated to special one-offs or prototypes until now, but Adidas is making a huge step forward with a new shoe it’s calling the “Futurecraft 4D.”

Partnering with Silicon Valley startup Carbon, Adidas has created a system that will allow it to “print” the midsole of the shoe.

Carbon’s printing process uses a photosensitive resin that hardens as light hits it. The process uses a precise projector that controls where the light hits and allows for a larger degree of customization than other forms of 3D-printing.

Because the sole can be made quickly and tweaked, it’s easily adaptable. Adidas made more than 50 prototypes over the last year to test this particular release, and the possibilities for future releases are endless. Some possible examples: a custom sole for every athlete or sport, or a shoe that’s made for you in a couple hours while you wait.

The Futurecraft 4D will come at a premium compared to other Adidas shoes, but the company is staying mum on price right now. It’s making 5,000 pairs this year, with plans for 100,000 in 2018 and even more in the future.