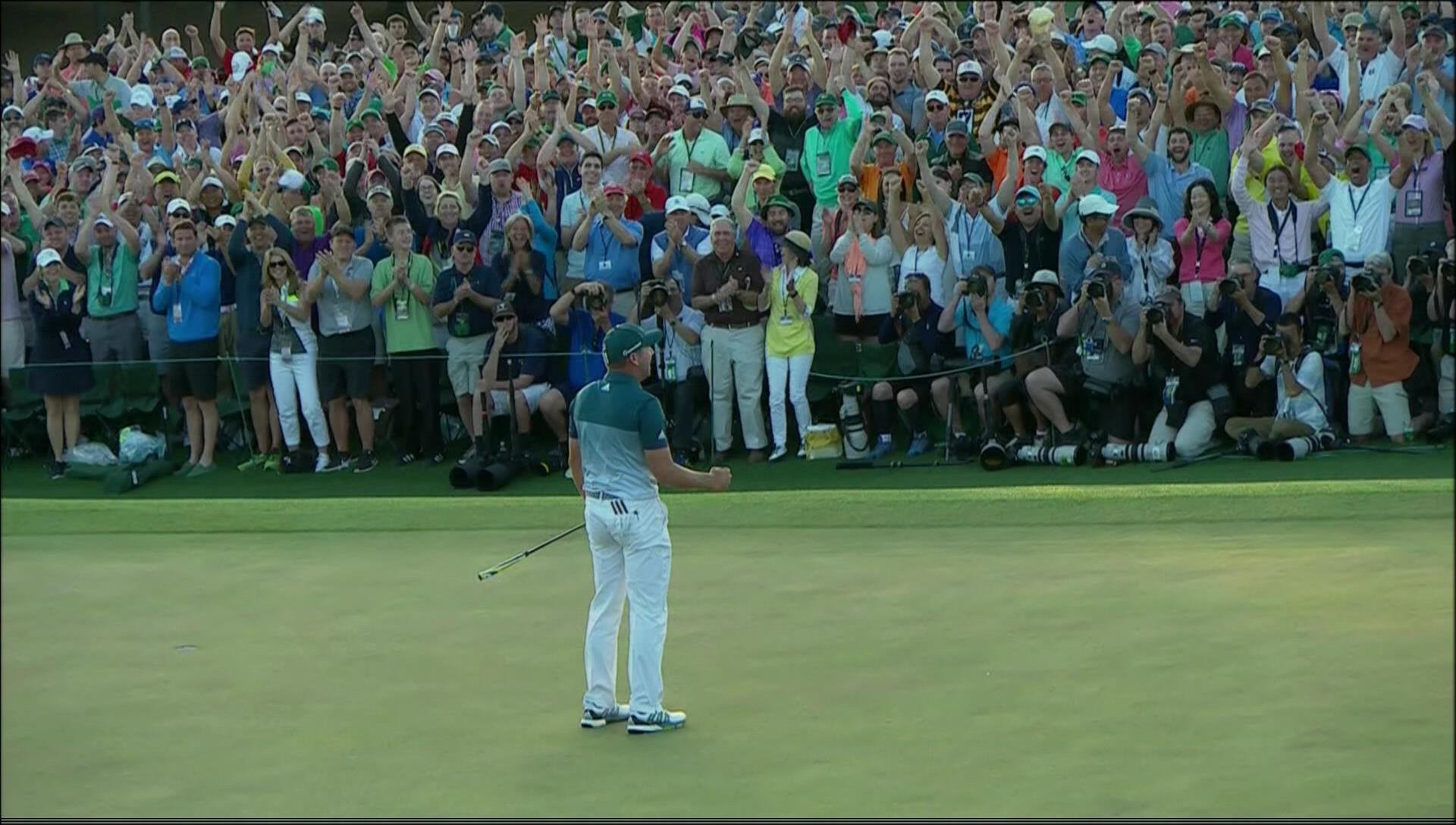 At the start of Sunday’s final round of the Masters, there were several big names still in contention. But by the end of the day, it was the two leaders at the start of the day — Justin Rose and Sergio Garcia — who found themselves in an epic duel for the green jacket.

In the end, Garcia would win his first major on the first playoff hole following an epic stretch of holes at the end of regulation.

After the two hit the turn at the end of the front-9 tied at 8-under, Garcia bogeyed both the 10th and the 11th to fall two back and seemingly lose yet another major.

But then Garcia birdied the 14th to get one back, which led to the fireworks on No. 15.

Sergio nearly holed his shot from the fairway on the Par-5 15th.

Here is how close the ball came to going in the hole on the fly. This is Sergio repairing his ball mark, just inches from the hole. The ball actually hit the pin on the bounce, leading to an eagle for Garcia.

Rose birdied the hole and the two golfers were tied at 9-under with three holes to go.

Both golfers hit good tee-shots on the Par-3 No. 16. This led to an awesome moment of sportsmanship between the two competitors.

Rose would birdie the hole, while Garcia missed his birdie putt.

Suddenly, Rose was back to a one-stroke lead with two holes to go.

But then he faced a 6-foot putt for pat on the 17th. If he makes it here, he will have a shot to close it out on 18. If he misses, the entire tournament is up in the air.

Then came the 18th hole.

First up was Rose, who got the bounce of a lifetime, hitting the second-cut and having the ball kick straight left towards the hole. Suddenly it looked like Rose was going to take it.

But Garcia answered with “the shot of a lifetime.”

Incredibly, both Rose and Garcia missed their putts. If either putt goes in, it wins the Masters. Off to the playoff we went.

The pair started the playoff on the 18th hole. Rose went into the rough and eventually bogeyed. That left Garcia needing to 2-putt to win. He would only need one.

Garcia is just the third Spaniard to win the Masters, joining Jose Maria Olazabal and his mentor Seve Ballesteros, who would have turned 60 on Sunday.