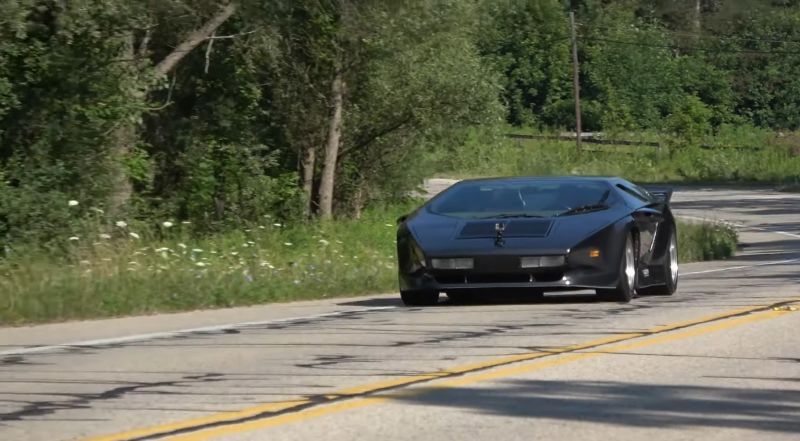 The Vector W8 Twin Turbo was the king of the automotive world’s collective imagination in the 1980s. It was all excess all the time, and it vroom vroomed around in the day dreams of many young and easily influenced automotive enthusiasts. Everything from the wild hard-edged design to the spec sheet shouted that this car was the top of the heap.

The only problem is that it sounds sort of disappointing. While it is propelled by a twin-turbocharged V8 making gobs of alleged horsepower, it doesn’t sound any more exotic than the Oldsmobile Toronado from which it borrows its transmission. It’s clearly a big V8, but the turbochargers act as mufflers, quieting the thing down to 60s big-block luxobarge levels.

Just listen to that glug glug whoosh. It’s wholly boring and unassuming. If you were blindfolded and a Vector drove by, you’d just think it was a 60s Cadillac or something.

For as wild as it looks, it could sound at least a little bit wilder.