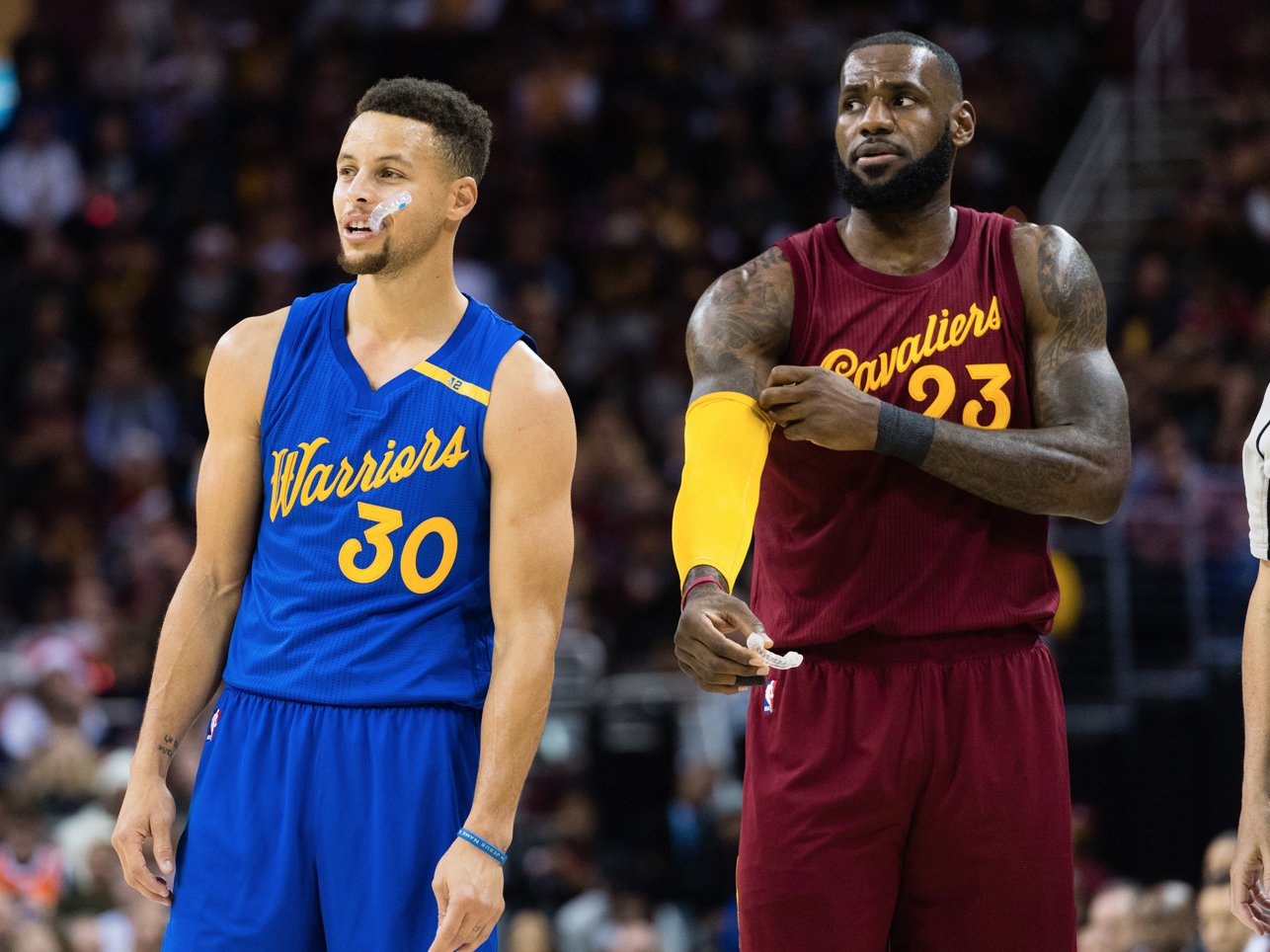 The NBA has been waiting for this moment all year: Cavs-Warriors round three.

On Thursday, the Cleveland Cavaliers soundly beat the Boston Celtics in Game 5 to finish off the Eastern Conference Finals and get to the main course.

The Golden State Warriors will meet them there, waiting since Monday after sweeping the Spurs and becoming the first team in NBA history to go 12-0 through the first three rounds of the playoffs.

To say this felt inevitable isn’t an exaggeration. From the time the Cavaliers finished off an historic comeback in last year’s Finals, coming back from a 3-1 deficit, the sports world pondered what the Warriors’ revenge might look like. The anticipation only grew when the 73-win Warriors added Kevin Durant in free agency.

The Warriors’ regular season was more understated than many expected, but it was nonetheless dominant. They didn’t top their own regular-season win record, but they actually improved upon their scoring margin. Somehow, there was less hype around these super-team Warriors than in 2015-16, but hype or not, the 2016-17 version is actually better. Nobody truly believed any team in the Western Conference could beat them four times in seven games.

And if the Warriors’ season was understated then the Cavs’ was disappointing. Cleveland slogged their way to a 51-31 record in which LeBron James complained about his supporting cast and the team as a whole treated defense with indifference. They somehow finished second in the East, leading to questions about whether they could truly “flip the switch” come the postseason.

Almost immediately in the first round, both teams made it clear they have no equal in their respective conferences. The Warriors haven’t lost a game since April 10. The Cavs, meanwhile, tightened up their defense while LeBron James launched into superhuman mode, carrying the Cavs to a 12-1 record in the playoffs with one of the finest all-around postseasons of his career.

Now comes the Finals everyone has been waiting for, as if the regular season was simply a formality.

The Warriors, the team with the best record over three years in NBA history, will face increased criticism if they fail to come away with more than one championship during that span.

The Warriors have the overall talent and depth, the Cavs have the best player and the formula to do it.