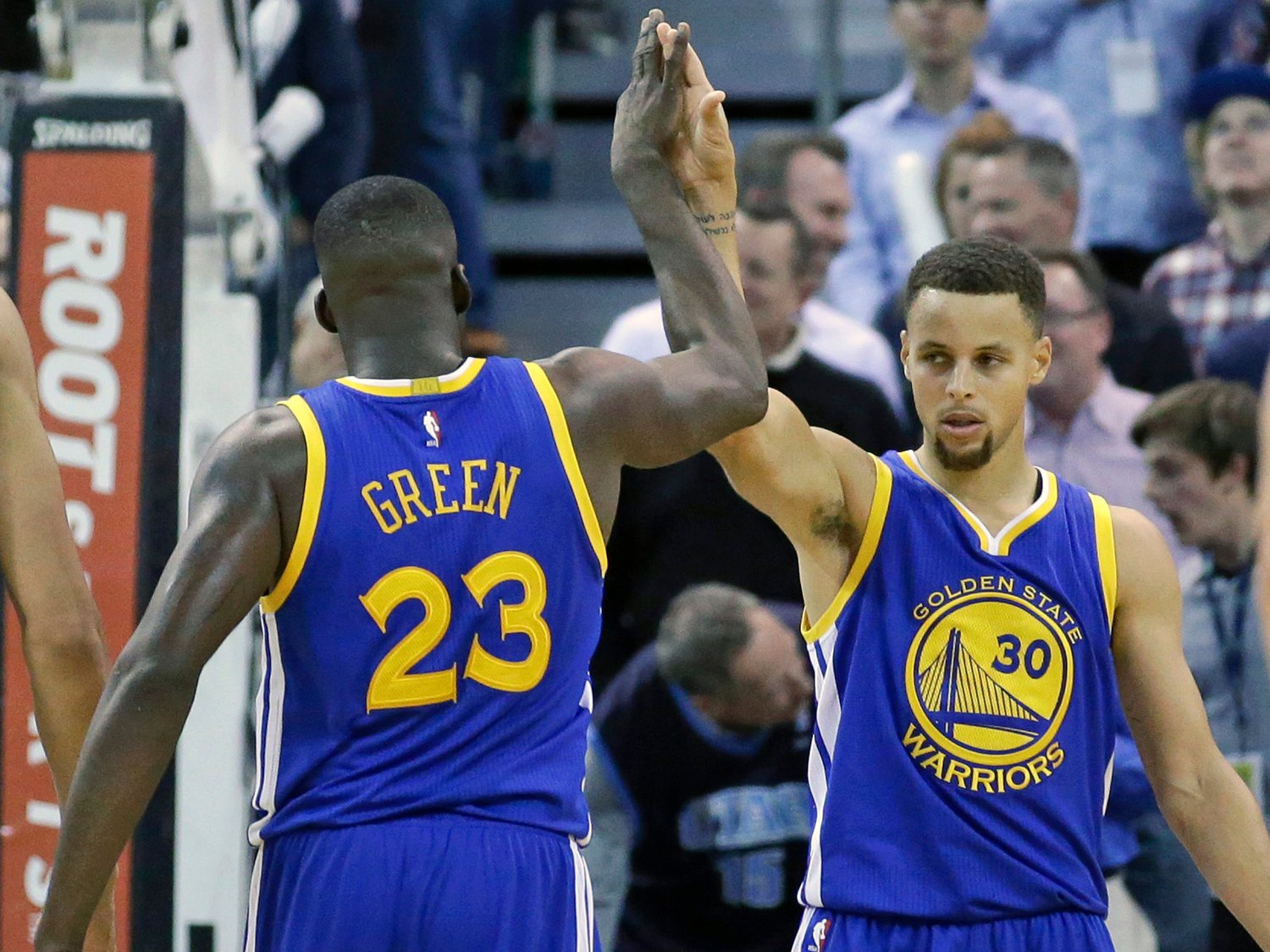 Heading into the All-Star break, the Warriors are 48-4 and are legitimate contenders to win 73 games, which would be the best regular season record ever.

Perhaps even more impressive is that the Warriors are winning these games while getting every team’s best shot. The Warriors are the NBA’s biggest story, and no matter who they face, teams are up to the challenge of trying to beat them, though they often don’t get that close.

Stephen Curry and center Andrew Bogut recently touched on this, saying it makes the Warriors better in the long run, because they’ll have seen every team’s best looks (via ESPN’s Ethan Sherwood Strauss).

“We get everybody’s best shot and it makes us a better,” Curry said. “I think it’ll test us and allow us to be even more comfortable when the playoffs do roll around because we pretty much have seen everything.”

“I think it’s good for us,” Bogut said. “There won’t be any surprises once the playoffs turn around for us. We’ve seen everything at this point. … They’ve put smalls on Draymond, they’ve put bigs. They’ve tried everything in the book. We have counters to pretty much anything that they try.”

While these are somewhat general statements, at their core they speak to something more distinct: the Warriors’ greatest weapon, their small-ball lineup.

Even Bogut is referring to it when he says teams are game-planning for Draymond Green. Though the Warriors start a more traditional lineup with the 7-foot Bogut at center, that lineup is good simply because of the abundance of talent. Teams can still match up with it in a more traditional sense, even if they don’t have the talent to compete with it.

But the most confounding part of playing the Warriors is when they go to their small-ball lineup with the 6-foot-6 Green at center. The Warriors keep their back-court of Curry and Klay Thompson, then fill out the front-court with two small forwards in Andre Iguodala and Harrison Barnes. This lineup spreads the floor with its shooting, creating gaps inside the arc for players to attack open lanes, then kick out to shooters when the defense collapses.

Green is the glue of it all — versatile on offense, capable of hitting three-pointers, attacking the basket, or making the right pass, and resourceful on defense, as he’s strong enough to guard centers but quick enough to stay with other players on switches.

Or, in simpler terms, the Warriors are outscoring teams by 52 points per 100 possessions when this group is on the floor. In total, they’ve outscored opponents by 128 points when this lineup plays.

Here’s how this lineup picks apart a defense.

First note how the play develops. Before the Warriors even get into the main action (a simple Curry-Green pick-and-roll) look at how the Rockets have to defend. Patrick Beverley and Trevor Ariza have to stay glued to Curry and Thompson because they’re such great shooters. Now, as Curry and Green run the pick-and-roll, the Rockets are left with few good options. Corey Brewer (who switched on to Curry) and Dwight Howard must react to Curry on the pick, because Curry will knock down the three if given an inch of space. So Curry hits Green with the pass, and now Green is essentially facing a 3-on-2 as Howard tries to recover.

With Green steam-rolling down the lane, the Rockets have to stop the ball. James Harden leaves Iguodala, so Green throws the alley-oop. Had Beverley decided to stop Green, however, Green would have had an open Harrison Barnes in the corner. At the end of the game (granted, the Rockets were not defending at this point, as a loss was imminent), Green was able to hit Barnes for “option 2,” as noted above.

Imagine this play happening in the thick of the action, before the Rockets were about to lose. Harden would likely rotate to the corner to deny a wide open Barnes. If he does so, then Iguodala is likely open at the top of key. If the Rockets had rotated to Iguodala, then somebody else is open. It begins a chain reaction, and the Warriors have the smarts to find that open player to get the basket.

As Strauss noted, at points in the Rockets game, the Rockets sent Ariza (a wing) to cover Green. Then, when Green and Curry ran the pick-and-roll, the Rockets had a little more versatility on defense, letting Ariza switch onto Curry or recover more quickly to Green. Still, the Warriors were able to pick it apart, in part because they simply have the talent and depth to exploit defenses who pay less attention to their other players.

How the NBA can find a scheme to stop this is the ultimate question. It comes down to the Warriors simply having three players in Curry, Thompson, and Green, who are so good and versatile that they change the ways defenses behave.

As Curry and Bogut noted, however, they’re seeing every team’s best looks now, so come playoff time, this already scary Warriors machine might be as well-oiled as ever.

NOW WATCH: A skier whipped his iPhone around his head on a string to create this incredible footage