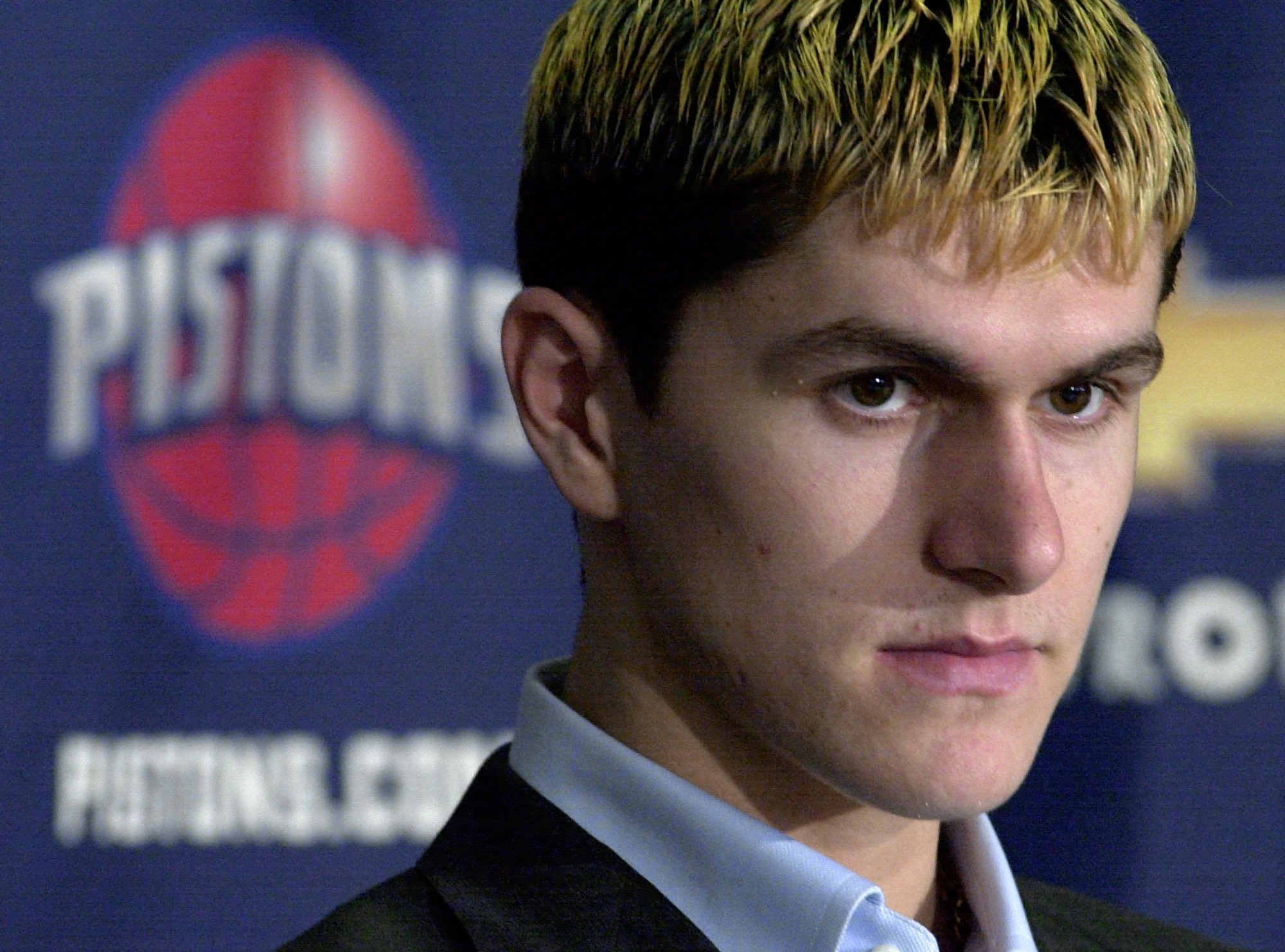 NBA POWER RANKINGS: Where all 30 teams stand 4 weeks before the playoffs

FANTASY BASEBALL: The top 100 players ranked according to the experts

Though his career spanned 10 seasons with six different teams, Darko Milicic will nevertheless go down as the most notorious draft bust of all time.

Recently, in a rare interview with the Serbian media outlet Blic, which was then translated to English by the website Hoopshype, Milicic blamed a system he said overlooks young players who don’t instantly produce.

“[The NBA] system is cruel and I don’t like it,” Milicic said. “If a young player doesn’t succeed, they don’t look after him. That sucks.”

Selected by the Detroit Pistons with the second overall pick of the 2003 draft — after LeBron James but ahead of Carmelo Anthony, Chris Bosh, and Dwyane Wade — Milicic haunts every year’s draft, a cautionary tale of what might happen whenever a little-known European player is expected to be a lottery pick.

But we rarely hear about Milicic outside draft season. Nor do we hear from him.

In the interview, Milicic spoke candidly about why he thought he never panned out in the NBA. He said he felt invincible as a teenager, which came back to haunt him.

“I thought as a kid that talent was God-given, but it’s not,” Milicic said. “God gives you talent and you should use that talent with the real meaning of that word. I was stubborn. Maybe being young had something to do with it.”

Milicic compared his situation with that of LeBron James:

You have players who are first or second in the draft that get a chance to play. I didn’t get the chance. [LeBron James] is a killer now, but he did get a chance in his first year, he could shoot from the stands if he wanted. I barely got the chance. I had that situation in Orlando where if I shoot from perimeter, my coach [Brian] Hill would yell, ‘Pass to Howard.’

Milicic was 18 when the Pistons picked him, and the NBA is undeniably more cutthroat than Europe is to young players. The Pistons at that time were also in full win-now mode, even winning a championship in 2004. But a team of that caliber offered few opportunities for Milicic to slowly adjust to the NBA, and when he was traded to Orlando, he was stuck behind Dwight Howard.

In the end, Milicic didn’t pan out for the same reason as everyone else who doesn’t pan out: He wasn’t good enough. His legacy as one of the biggest draft busts in NBA history will live on, fairly or unfairly. You have to feel some sympathy for players permanently pegged as draft busts, most of whom are simply selected earlier than they ought to be. Had Milicic been picked at the end of the first round, nobody would remember his name.