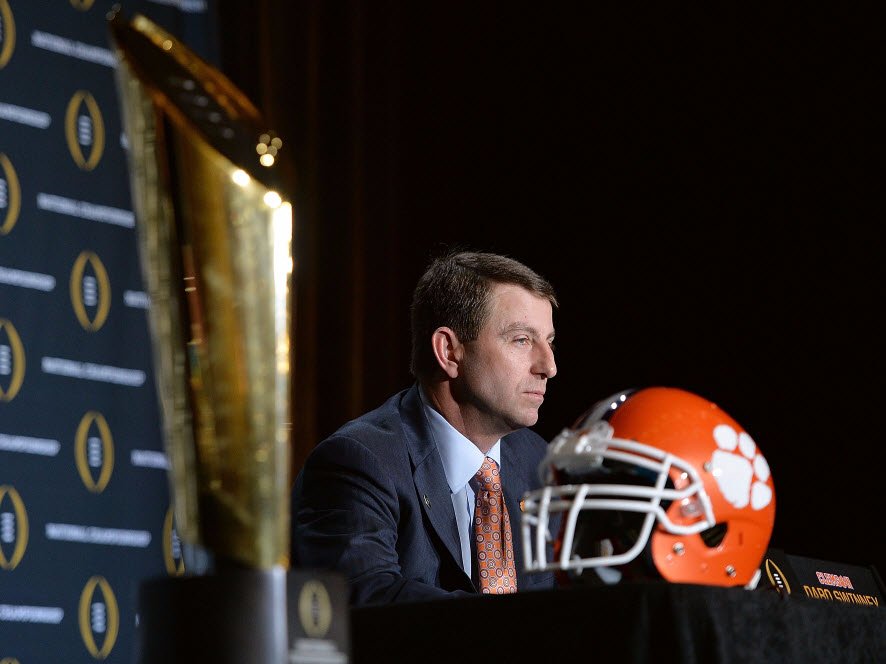 In the second year of the College Football Playoff, the NCAA has corrected a loophole that would have given Alabama one huge advantage over Clemson leading up to the championship game, extra practice.

The loophole relates to the NCAA’s rule that teams are only allowed to practice for 20 hours per week. That includes practice, weightlifting, film sessions, and walk-throughs. The catch is that the limit is only in place while a school is in session.

Enter the calendars for the University of Alabama and Clemson University.

Clemson’s spring semester began a week ago, so they were limited to 20 hours of practice in the week leading up to the championship game. Alabama students did not return to school until this week, meaning the football team was not under the same limitations as the Clemson squad.

The same issue arose a year ago when Oregon had limited practices in the week before the championship game and Ohio State did not.

This year, however, the NCAA stepped up and granted Clemson a waiver, according to John Talty of AL.com. Like Alabama, Clemson was allowed unlimited practice time, eliminating a repeat of last year.

“Maybe they can have an extra meeting, something like that,” Swinney told the media. “Maybe they can do a walk-through in the morning and maybe a little extra film session. But I think at this point, to be honest with you, more isn’t better. I kind of believe in the less is more.”

Still, it is easy to imagine that extra time would be taken advantage of, especially because of the limited amount of time that had passed since each team’s last game. While the teams had nearly a month to prepare for the playoff’s semifinal matchups, they had just 10 days to prepare for the championship game.