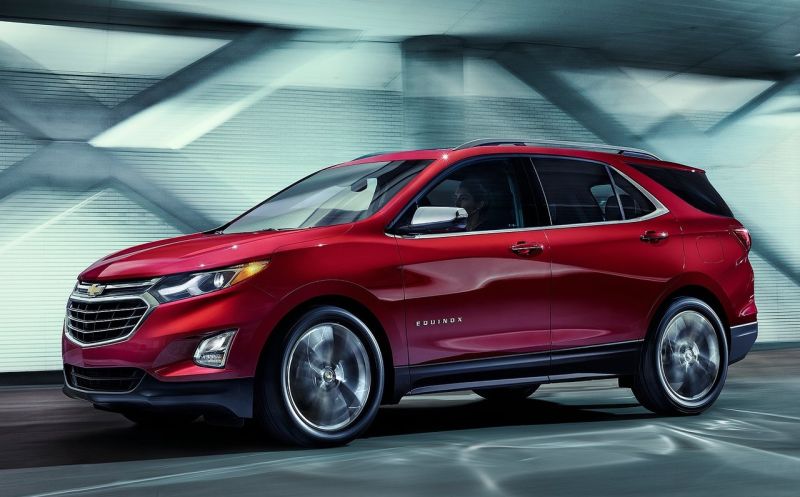 Chevy recently introduced the new 2018 Equinox crossover with a design seemingly inspired by those plastic pin wings airliners used to hand out punched into a punished loaf of bread, but only after focus groups convinced them the original design was bad enough to completely scrap.

General Motors apparently introduced a design for what was supposed to be the new Equinox—Chevy’s best-selling crossover—to focus groups around three years ago, according to Automotive News. The responses were so bad it led to chief engineer of the project Mark Cieslak admitting the design “was not going to win.”

Here’s Automotive News reminding us that GM was already frantically trying to fix the tragedy that was the 2013 Malibu at the time:

Instead, GM — eager to prove itself as genuinely reborn after bankruptcy and under the leadership of newly minted CEO Mary Barra and product boss Mark Reuss — decided to change course. The company already was scrambling to fix a botched redesign of the Chevy Malibu amid weak sales and bad reviews, and the Equinox was more important to get right, even though sales of the aging vehicle had continued to be strong.

In contrast to the bean counters’ influence on such decisions at old GM, Cieslak said the edict to those on the Equinox team was refreshingly simple: “We’re in this to win — go get it done.” They did, and without falling off schedule.﻿

Yeah, I guess you could say they did go and “get it done,” with the new-new Equinox not bothering to offend, impress, or really draw any sort of reaction. They ‘nailed it,’ if ‘it’ was supposed to resemble the Fun Size Snickers bar you forgot in your back pocket on a hot summer day.

You can read more about what went into the new Chevy Equinox over with Automotive News if you’re looking to skip the melatonin capsule tonight.