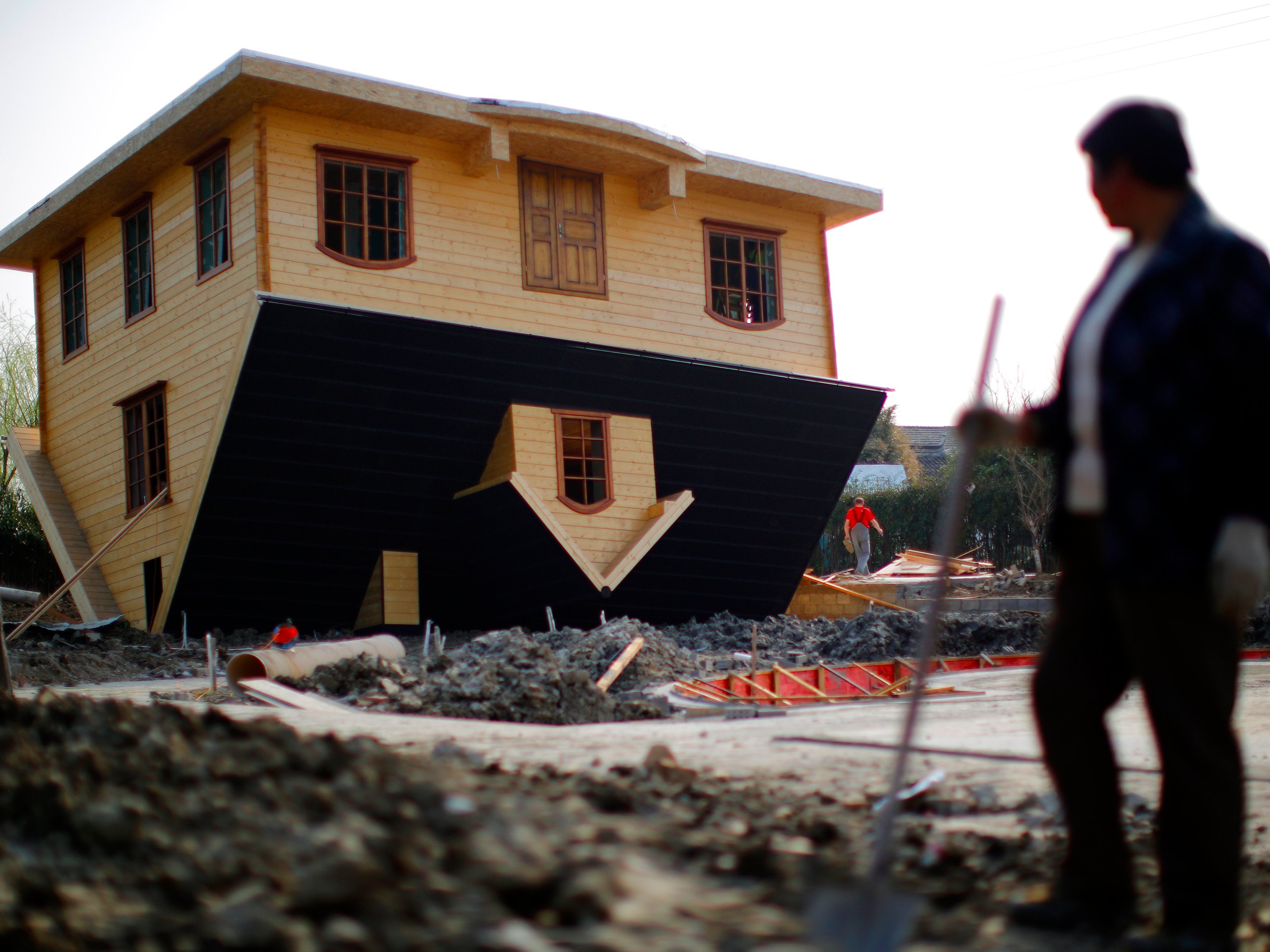 The next housing crisis is here.

And this time the crisis is all about one thing: supply.

Following the mid-aughts housing bubble that saw homeowners across the country get themselves upside down in homes and mortgages they couldn’t ever afford to repay — a crisis that was as much about too much supply as it was about too much bad financing — the market has gone the complete other direction.

First-time homebuyers are crowded out, with Trulia’s chief economist Ralph McLaughlin writing Monday that the number of starter homes on the market has declined 43.6% in the past four years.

Homeowners who want to move from a starter home to something better can’t afford the next step. McLaughlin notes that the number of “trade-up” homes on the market is also down about 40% over the same period.

And as investors look for places to earn whatever return on capital they can muster, the low end of the housing market has almost ceased to exist as the investor class has bought up homes with the plan to flip them.

This report also showed that sales to individual investors — or buyers who intend to flip the home for a profit — accounted for 18% of existing homes sold in February, the highest share since April 2014. Almost two-thirds of these buyers paid cash.

Also in Monday’s report, commentary from Lawrence Yun, chief economist for the National Association of Realtors — which publishes the report on existing-home sales — showed the kind of crisis the housing market is facing.

“The lull in contract signings in January from the large East Coast blizzard, along with the slump in the stock market, may have played a role in February’s lack of closings,” Yun said Monday.

“However, the main issue continues to be a supply and affordability problem. Finding the right property at an affordable price is burdening many potential buyers.”

Yun added (emphasis ours), “The overall demand for buying is still solid entering the busy spring season, but home prices and rents outpacing wages and anxiety about the health of the economy are holding back a segment of would-be buyers.”

This chart from Bank of America Merrill Lynch, which we highlighted earlier this month, captures the dynamic Yun is talking about here. In our latest Most Important Charts collection, Scott Buchta, a fixed-income strategist at Brean Capital, argued that existing and new-home sales were often incorrectly conflated as joint indicators on the health of the housing market.

Existing-home sales, even with Monday’s drop, are still roughly near precrisis levels. This argues that in a healthy housing market we’re looking at something like 5 million already-built homes being sold in a given year.

New-home sales, on the other hand, have been a major laggard.

“In our view, the recovery in existing home sales has been led by rising home prices, which has brought additional supply into the market,” Buchta said. This view which is consistent with the increase in investors buying existing homes as well as the high number of cash-only sales, which accounted for 25% of transactions in February.

“The lag in new home sales, on the other hand, is more reflective of the economy as a whole and has been adversely impacted by sluggish wage growth and tight credit windows.” Peter Tchir, Buchta’s colleague at Brean Capital, also hammered on this idea of new-home sales as reflecting economic trends that have persisted since the crisis — slow wage growth, rampant concern about the future, and an underbuilt low-end housing market have all kept renters renting.

If we take the view that the jobs being created aren’t that great — which is an argument for another post — then what we’re going to see is a rising class of renters.

“These low paying jobs are not the type of job that are conducive to buying a home,” Tchir wrote.

“The first problem is saving for the down payment —a Herculean task in itself. The second problem, and the one that I think is addressed less frequently, is who really wants to commit to an area when the job isn’t that good and may not be stable?”

And if we consider that the economy is, as much as anything, a confidence game, the reality is that instability and imminent collapse have been the dominant psychological themes for both consumers and investors since the crisis.

So we can hit on the theme that the US economy is not heading for recession time and time again, but there is a reason Donald Trump is leading in the Republican polls: People do not believe in this economy.

The upshot here is that with more folks renting and the labor market recovering faster than the housing market, we’re suddenly looking at a new class of well-employed would-be homebuyers relegated to renting … and paying ever increasing rents.

And this is likely to manifest itself in more inflation, something we’ve noted has been a fast-growing trend in the US economy despite the Federal Reserve’s clear talking-down of this recent move in last week’s policy announcement. Earlier this month we highlightedcommentary from New River Investments’ Conor Sen, who said, among other things, that the housing market has simply been underbuilt following the crisis and is ill prepared to handle the coming wave of millennial households that will be formed over the next several decades.

Home prices may increase, and as an investment — not a place to live — buying houses may still be attractive for some time to come.

But demand for housing is not going away and will only get stronger.

Millennials are growing up, and despite all the trend-piece fanfare suggesting otherwise, will be just like their parents: Millennials will have kids, move to the suburbs, and want to buy a house.

The problem is there might not be enough houses, at the right price points, to go around.

This is the next crisis.

SEE ALSO:THE MOST IMPORTANT CHARTS IN THE WORLD