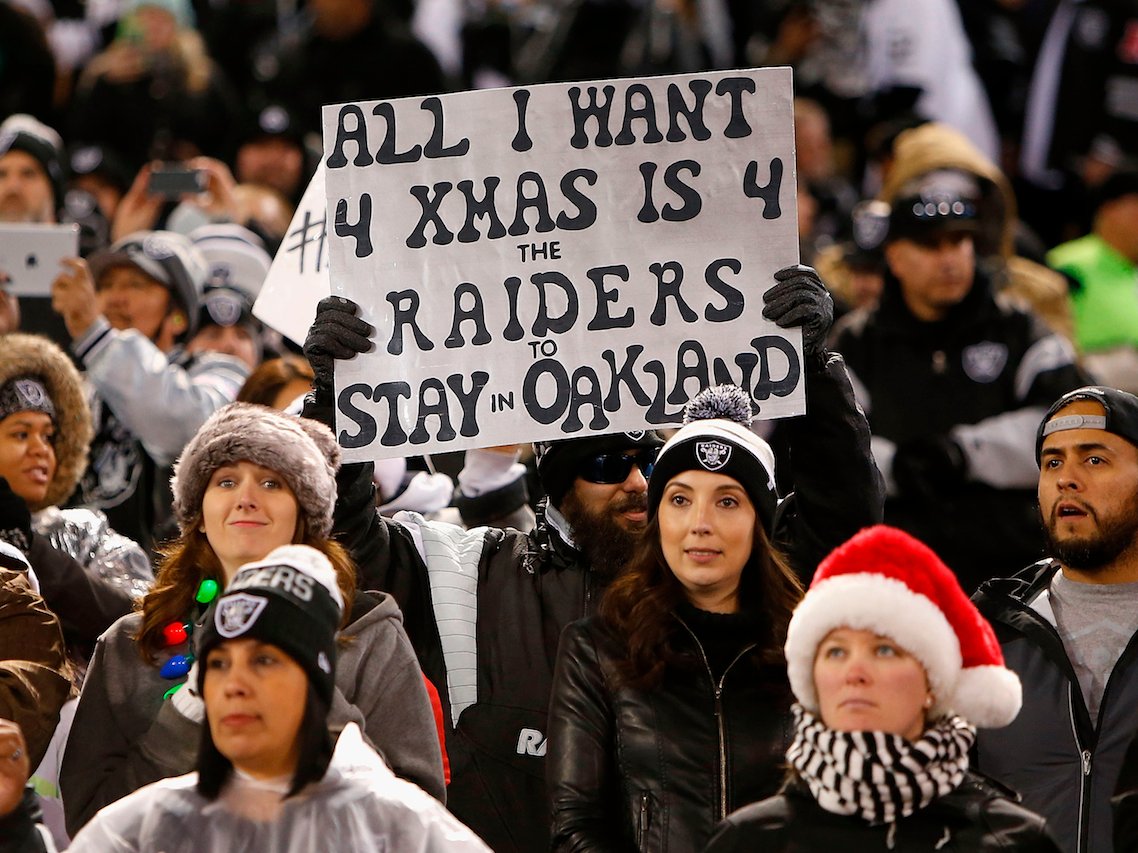 The Oakland Raiders may have their sights on a new home: Las Vegas.

A leaked memo from UNLV president Len Jessup revealed that Raiders owner Mark Davis has scheduled a tour of Las Vegas on Friday as part of a search for a new location for his football team.

Davis will meet with Sheldon Adelson, chairman and CEO of casino giant Las Vegas Sands, according to the memo, which was first reported by Las Vegas politics reporter Jon Ralston.

The Sands Corp. announced on Thursday that it was supporting plans to build a $1 billion, 60,000-seat domed stadium on the 42 acres of land recently purchased by UNLV. The stadium is ostensibly for UNLV’s football team, but could be shared should Las Vegas court an NFL team.

“The Sands leadership team let us know that officials from the Oakland Raiders are scheduled to travel to Las Vegas and tour locations around the valley for a potential new home, and they have asked us to meet them at our 42-acre site on Friday morning to answer questions about that site,” Jessup wrote in the memo.

Ralston’s report has been corroborated by Bleacher Report’s Jason Cole, who was told by a source that Davis and Adelson have been discussing a potential Las Vegas relocation for two years.

The Raiders were one of three NFL teams to file for relocation to Los Angeles, the team’s home from 1982 to 1994, but fell short of approval to move back to the country’s second-biggest media market. The St. Louis Rams were tapped to move to Los Angeles earlier this month, and the San Diego Chargers are allowed to follow suit within the next year.

The Raiders are expected to stay in Oakland for the 2016-17 season. But in an ironic twist, the team is reportedly considering San Diego an option in the event the Chargers leave town.

Las Vegas has never had a franchise in any of the four major sports, although it is often brought up as a potential site for relocation. According to ESPN, the city’s media market is larger than that of four current NFL markets: Jacksonville, New Orleans, Buffalo and Green Bay.

If the Raiders choose Las Vegas, they might not be the only team in town. In December, billionaire businessman Bill Foley filed an application to start an NHL expansion team to the city.

NOW WATCH: A paraglider braved severe weather to fly across the Northern Lights