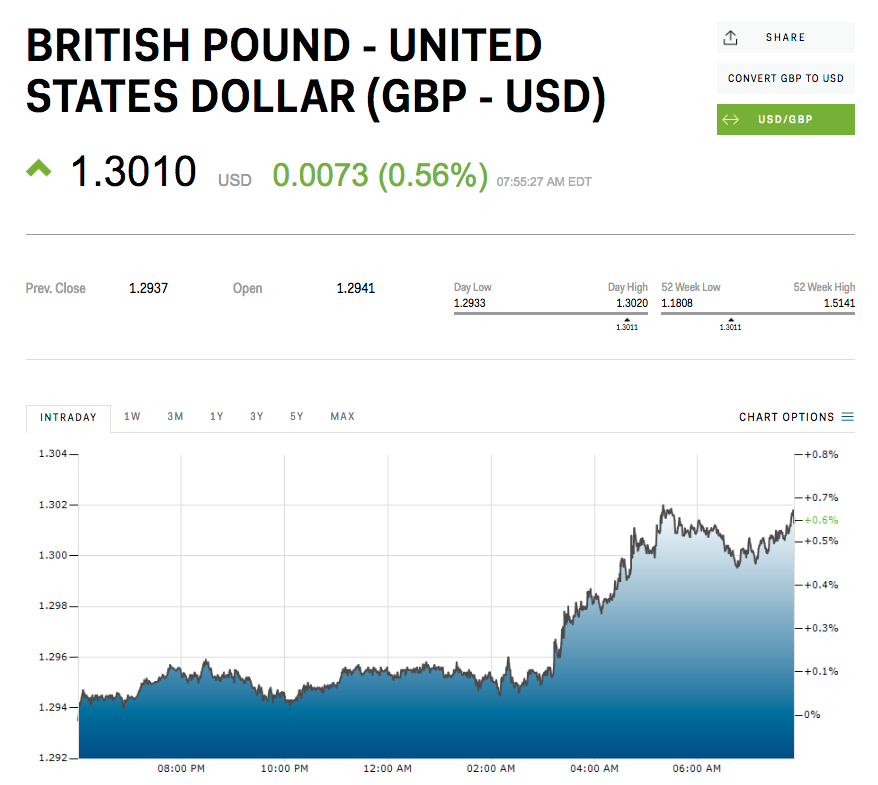 LONDON — The pound is back above 1.30 against the dollar on Friday afternoon, almost entirely erasing the losses witnessed during a mini flash crash on Thursday evening.

It is not entirely clear why sterling fell off a cliff, but some analysts speculated that the initial surge of the US dollar against the pound was down to the “reemergence of a CSPAN video from earlier in the month that some falsely interpreted as former FBI Director James Comey saying he was never pressured to end an FBI probe,” as reported by CNBC. On Thursday, the pound initially jumped above $1.30 for the first time since September 2016 after better than expected retail sales figures from the Office for National Statistics suggested that British consumers are still spending.

Retail sales rose by 2.3% compared to the month of March, while on a year-to-year basis, sales were up by 4% against April 2016. Those numbers compared to forecasts from economists of 1% monthly growth, and 2% y-o-y growth prior to the release.

This boosted sterling, with the currency jumping sharply against the dollar to trade at 1.3043 on the dollar around 10 minutes after the release, a gain of 0.5% from the open.