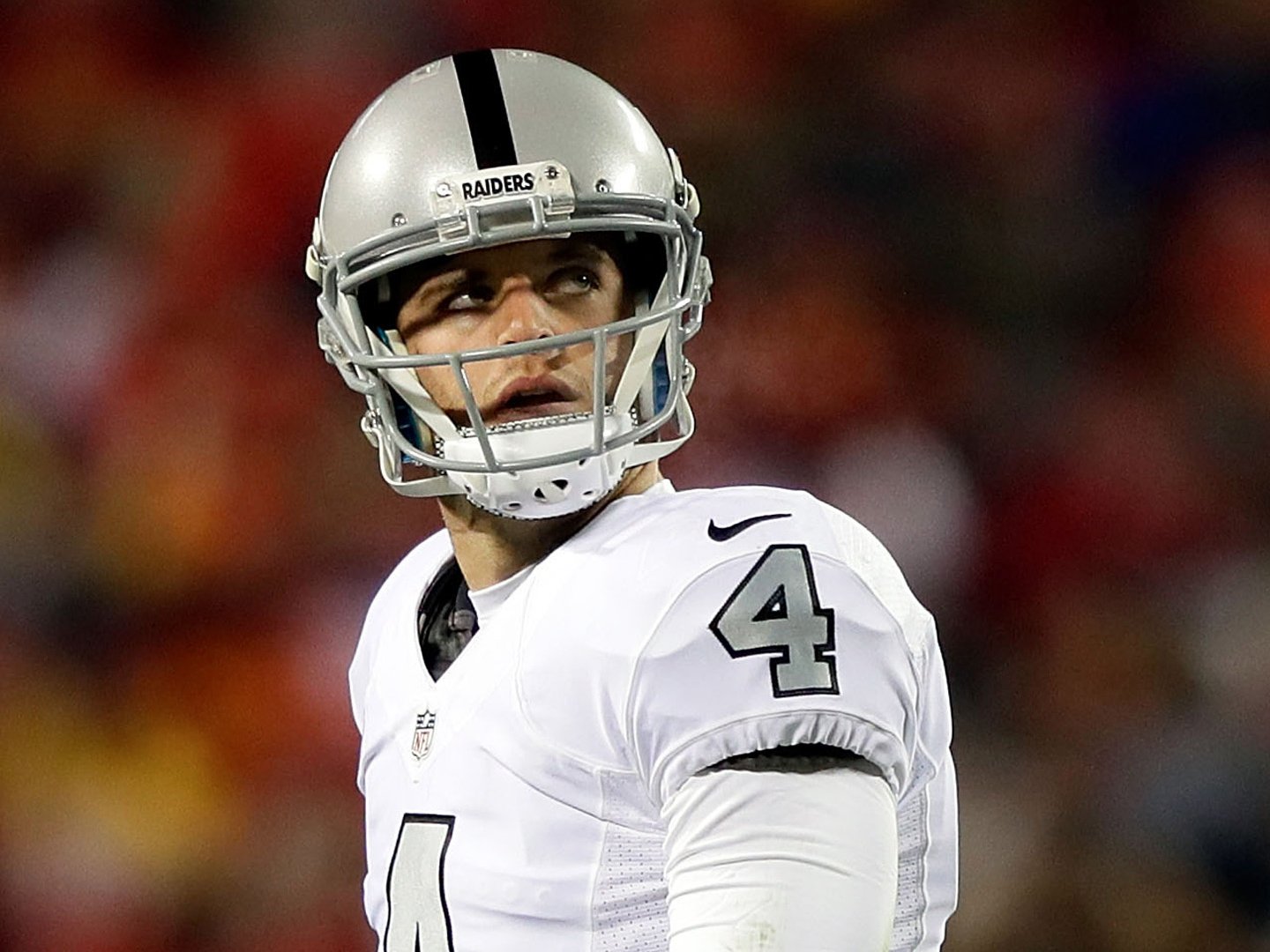 Derek Carr has grown “frustrated” with the Oakland Raiders over a lack of discussion for what could be a giant contract extension, according to NFL Network’s Michael Silver.

According to Silver, the Raiders and Carr were supposed to begin contract negotiations after the draft, but two weeks later, Carr has not heard from the team.

Carr is set to make $977,519 in his fourth year in the NFL and is due for a contract extension that Silver reports could top Andrew Luck as the biggest among quarterbacks.

The Raiders don’t have a fifth-year option to pick up on Carr, and if an extension doesn’t get done, Carr would be a free agent and the Raiders would likely use the franchise tag on him. According to Silver, Carr would like the contract to be finished before the start of training camp and he is growing impatient with the pace of discussions.

“However, two sources said Carr, given his previously stated desire to be a “Raider for life,” has grown frustrated with the slow pace of discussions and is extremely eager to get the deal done before the start of training camp.”

“However, two-and-a-half weeks since the draft’s completion, the Raiders have yet to reach out to Carr or his agent — and the quarterback’s patience, sources say, is wearing thin.”

Silver reports that, in addition to potentially becoming the highest-paid quarterback in the NFL, Carr’s contract demands are almost unprecedented. With the Raiders set to move to Las Vegas in 2020, Carr wants a deal with most of the guarantees coming after the third year. Nevada has no state tax, as opposed to California’s “relatively high” state tax, and Carr could earn more money over the final years of the contract. Typically, NFL deals guarantee most of the money in the earliest years of the contract.

Carr is coming off of a career year in which he threw for over 3,900 yards, 28 touchdowns, and six interceptions and led the Raiders to a 12-4 record. His broken leg in Week 15 all but ended the Raiders’ season as they lost 27-14 to the Houston Texans in the AFC divisional round.

With training camp less than two months away, there’s plenty of time to get a deal done, but the Raiders could risk further angering their franchise quarterback by delaying talks.