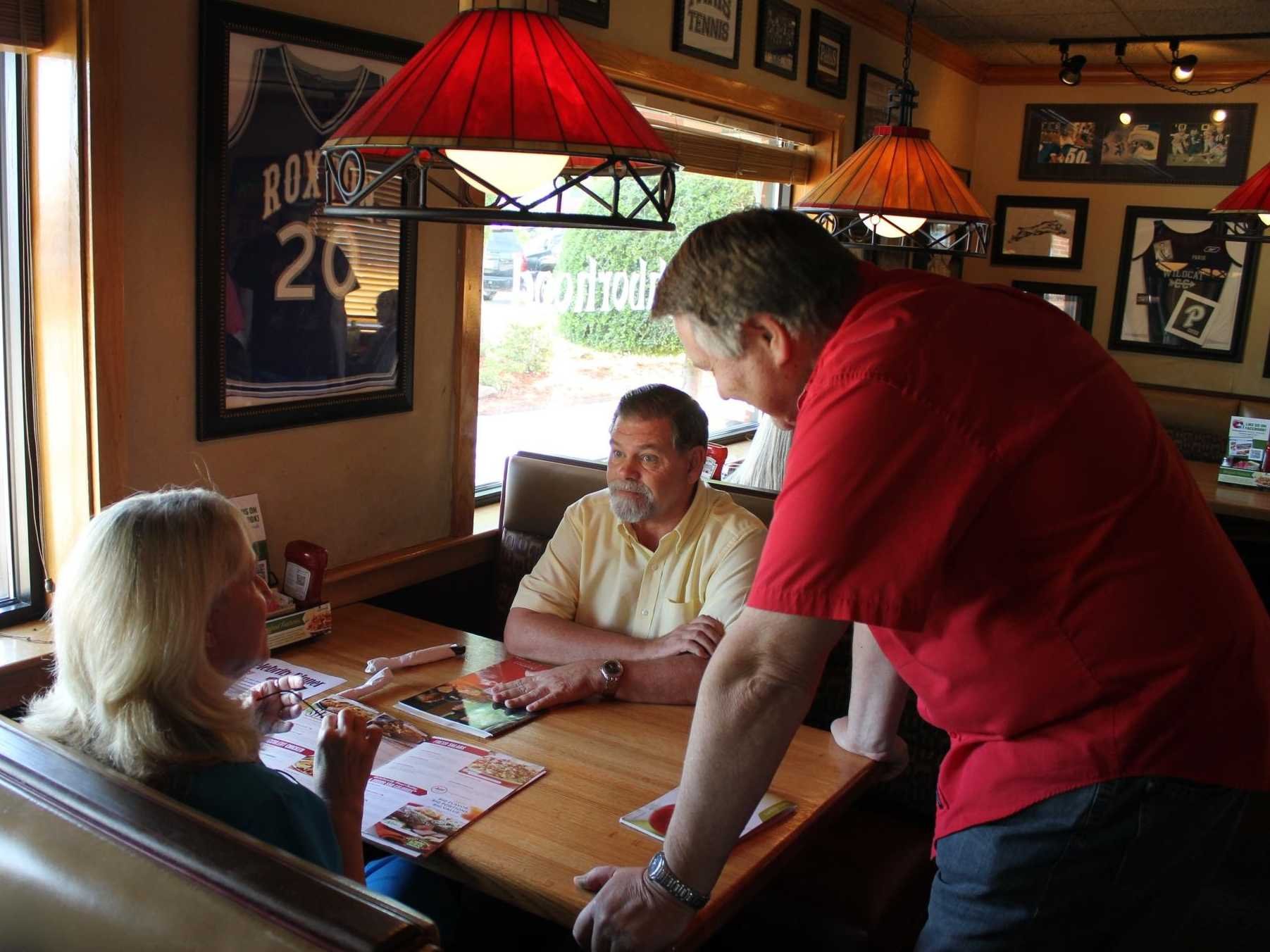 The chain restaurant industry hasn’t experienced same-store sales growth in more than a year — and it doesn’t look like things are going to change any time soon.

In the first quarter of 2017, same-store sales fell 1.1% across the chain restaurant industry, with same-store traffic dropping 3.4%, according to data from TDn2K’s Restaurant Industry Snapshot.

In the last year, the companies operating chains such as Logan’s Roadhouse and Souplantation have filed for bankruptcy. Bloomberg reported last week that Ignite Restaurant Group — which runs Joe’s Crab Shack and Brick House Tavern — is considering doing the same.

The industry’s slumping sales at first seems befuddling. Consumer confidence has generally increased in recent months, which typically means people are willing to spend more. So, why are restaurants struggling to attract customers?

The problem, according to experts, is that the US is over-packed with options. “We believe there is an over-supply of restaurants out there,” Victor Fernandez, TDn2K’s executive director of insights, told Business Insider.

Concerns that there are simply too many places to eat out for chain restaurants to succeed have swept the industry. Executives at both Starbucks and Darden, Olive Garden’s parent company, have said that the US is “over-retailed.”

Yet, chains “keep on adding restaurants,” Fernandez says. Even though McDonald’s traffic dropped in 2016, the largest chain in the country opened more than 350 net new restaurants in the US last year. Starbucks’ US store count increased by 321 in 2016, despite the CEO’s concerns that there were too many retail and restaurant locations opened in the US. Even Chipotle, struggling to recover following an E. coli scandal in late 2015, opened 240 new restaurants last year.

Restaurants are also facing external competition, with increasing food delivery options, the popularity of meal kits like Blue Apron, and independent restaurant growth, which is outpacing that of chain restaurants. Grocery chains are increasingly competing with restaurants, thanks to lower prices and perks such as pick-up and delivery, new technology, and trendy features like wine bars and to-go meals. Meal kit services like Blue Apron and Munchery are cutting into restaurant sales.Munchery

“It used to just be the chain restaurant,” that was the sole option when Americans wanted to eat out, Fernandez said. “Now, there’s many, many options that people are replacing chains with.”

What’s the solution? Basically, something has got to give — and restaurants are going to close.

“Some restaurants have unfortunately closed down because they don’t have the numbers they need,” Fernandez said. “And we’re facing more of that going forward.”

Retailers like Sears and Macy’s are currently dealing with an oversaturation of brick-and-mortar stores. More than 3,200 store closures have been announced by retail chains so far in 2017. Credit Suisse analysts predict that number will increase to more than 8,600 by the end of the year.

The restaurant industry is unlikely to face such an explosive apocalypse. Fernandez predicts that this year will be an improvement for restaurants over 2016, which was the worst year for the industry since the recession.

However, as competition to win over customers increases, both from other restaurants and from a growing number of external threats, chains need to make some major changes to grow sales — and not every restaurant chain is going to survive.