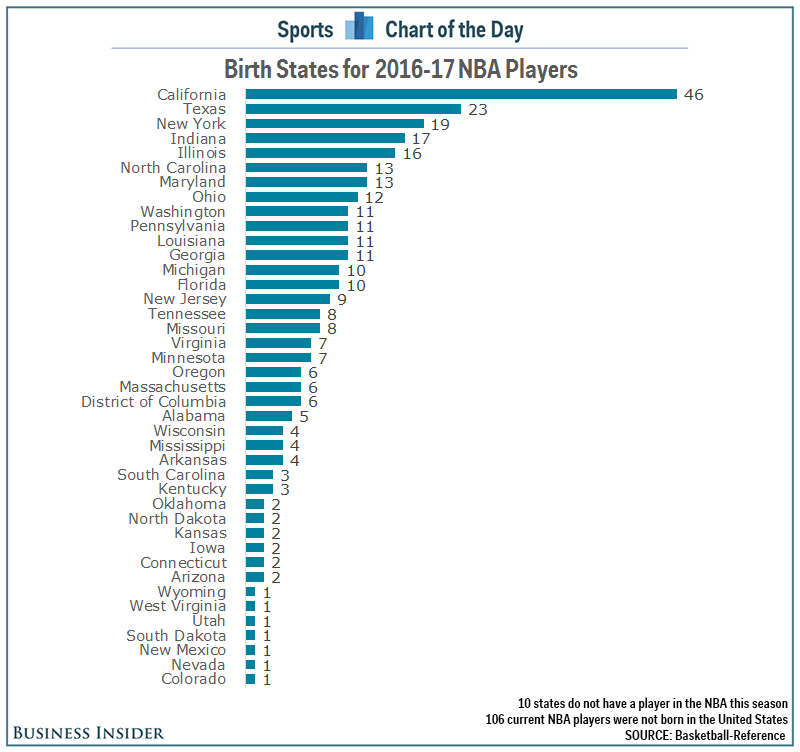 So far during the 2016-17 NBA season, 428 players have played in at least one game and no state has produced more of those players than California.

Of the players who have appeared in the NBA this season, 46 (10.7%) were born in California. Texas (23) is the only other state with at least 20 active NBA players. Of course, things look a little different if we consider the size of each state in terms of population.

Based on the number of active NBA per 1.0 million residents, no state is better at producing basketball players than North Dakota, which has two current NBA players (Doug McDermott and Tyler Johnson) despite a state population of less than 1.0 million. However, that still trails Washington D.C. which has six players who are now in the NBA.