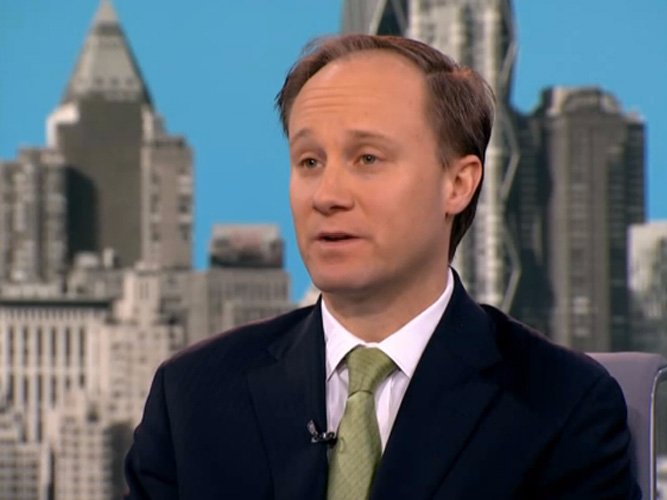 Is the US economy headed for recession?

Whether the economy is headed there or not, Deutsche Bank’s chief US equity strategist David Bianco thinks the S&P 500 is basically ready.

“Although one could argue a recession is nearly fully priced at sub 1,850, modeling binary outcomes of 1,700 or 2,200 would suggest a recession is 65% priced,” Bianco wrote in a note to clients this weekend.

“Even though we believe the S&P is already intrinsically priced for EPS as low as $100, which is only likely in a recession, if a recession did occur with its hallmarks of a surge in jobless claims and a spike in unemployment, we believe the S&P would likely suffer a bear market decline of 20% or more, which would be 1,700 or lower on the S&P.”

The S&P 500 closed at 1,864 on Friday, about 9% above where Bianco believes the stock market could be headed in the event of a recession. Bianco’s year-end price-target for the S&P 500 is currently 2,200.

US markets were closed for the President’s Day holiday on Monday.

We believe that a small recession of ~1% GDP contraction (~2% is avg) and 1%pt climb in unemployment (~3.5%pts is avg) is more than 80% priced when the S&P is 1,850 or lower. Since 1960, the smallest recession driven S&P decline was 20% in 1990. But the S&P fell only ~15% in the small 1953 and 1960 recessions. The bear in 1961-62 was from a second spell of industrial weakness following the 1960 recession. It’s hard to know how the market would react to a recession, particularly one that might be a technical 2 quarter contraction and yet no significant climb in unemployment. That said, Friday’s retail sales report makes it very unlikely that that the US is in broad recession.

So, assume a mild recession and the market is already there, give or take.

Last month, analysts at Citi noted that while signs of a global recession coming to pass were mixed, markets were already pricing in the possibility of one. And this has been the central theme of markets in 2016.

Economic data, while perhaps not stellar, has not indicated that the global economy is headed for recession. Last week, several pieces of data showed almost no signs the US economy is trending towards recession.

The corporate profit recession folks have warned about for some time seems here to stay for the US’ largest companies. But signals from the economic data aren’t sending the strong signals about economic stresses financial markets are.

And so the debate rages on.

SEE ALSO:Here’s what 18 Wall Street pros are predicting for the stock market in 2016

NOW WATCH: Uber agrees to pay $28.5 million to riders — see if you may be eligible for a refund