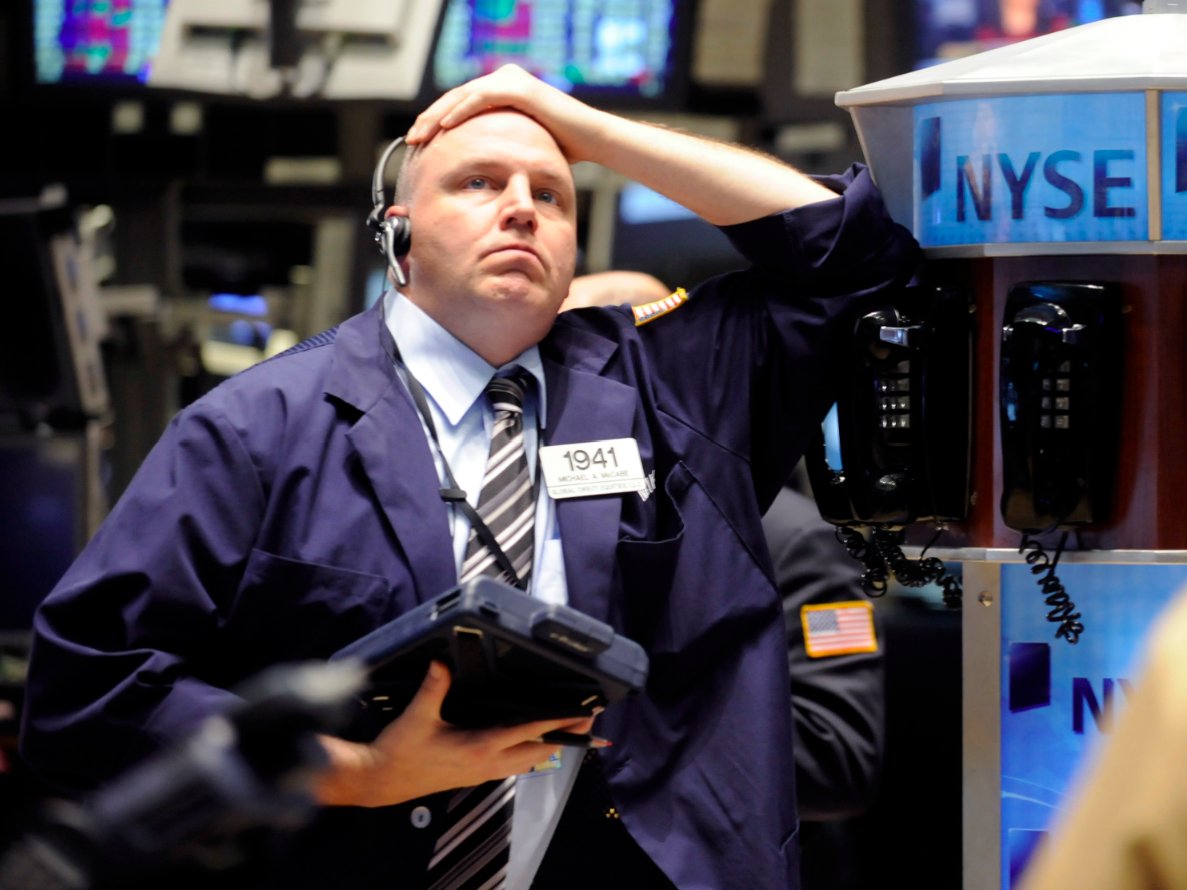 On Wednesday stocks got crushed and officially entered a “correction,” defined as a 10% drop from recent highs.

This is the second time in the past six months that this has happened — remember, stocks fell 10% in August in just a few days — and these two corrections in such a short time don’t look good, historically.

Any single correction isn’t, in and of itself, a problem, but the speed with which stocks dropped into correction territory almost back-to-back has been seen only three other times in the past 100 years.

Allow me to cut and paste an interesting and ominous piece from Arthur’s morning comments: “Jason Goepfert, the outstanding pilot of SentimenTrader dug into his incredibly extensive files to uncover a rather rare condition. He noted that the indices have had two 10% corrections in a rather short span. That has only happened three times in the last 100 years. Unfortunately, those occurrences were in 1929, 2000 and 2008. As you may recall, those were not particularly good years for the bulls.” Oh boy. Perhaps this time will be different.

For less historically inclined readers, each of these years saw major market crashes: One led to the Great Depression, another saw the air come out of the tech bubble that ushered in a new millennium, and one led to the Great Recession.

On Thursday, stocks were ripping higher but the topsy-turvy action seen in markets this year is what really has markets on edge, and Thursday’s rally probably isn’t putting many investors at ease.

SEE ALSO:Stocks got crushed on Wednesday