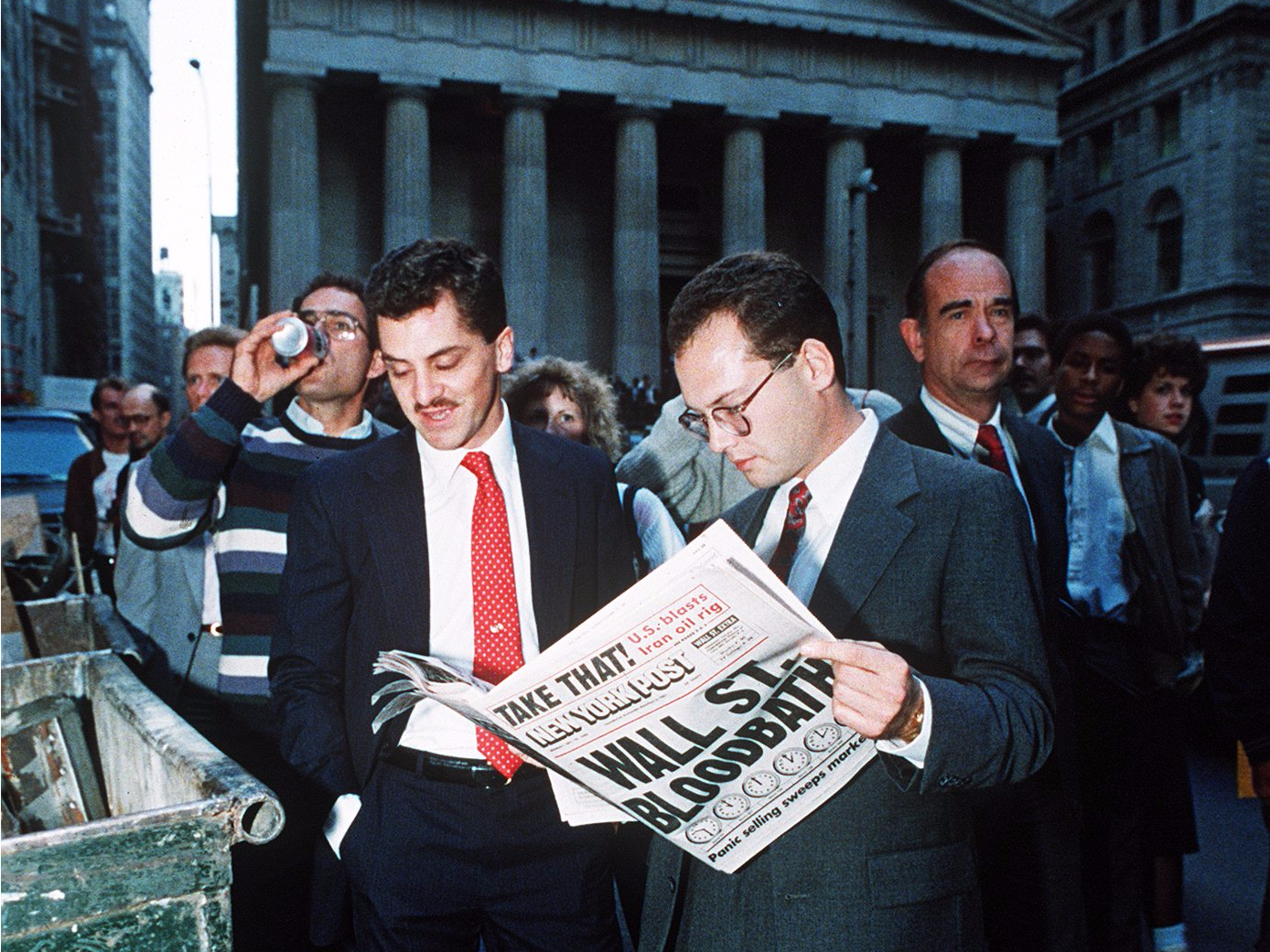 As markets reporters, our most important responsibility is to provide readers with some helpful context for what’s going on. This is particularly important during periods of heightened volatility like what we’ve been experiencing for the past few months.

For this post, we’re going to skip the laundry list of reasons why stocks might be getting whipsawed right now. Rather, we’re gonna think longer term and bigger picture.

Every major sell-off in history has been accompanied by a mix of economic concerns, monetary policy shifts, geopolitical tensions, or some other source of consternation that might make a rational person demand a higher premium for putting their capital at risk. The details are different each time. But structurally, it’s generally the same story: it’s risky out there.

Amid all this, one pattern has stood the test of time: stocks will go down a lot, but then they’ll go up a lot more.

The explanation behind this is complicated. But ultimately, it’s about people wanting a better future. Human ingenuity develops the technology and processes that make the goods and services we want and need cheaper and more accessible. Standards of living go up for more and more people, and aggregate demand and profits go up.

It’s important to note that a major reason why the big stock market indices go up is because obsolete companies die and are regularly being replaced by innovators and disruptors who have all sorts of growth ahead of them. Turnover in the S&P 500 is very high as the life of an S&P 500 company gets shorter and shorter. The Dow Jones Industrial Average of 1896 looks nothing like the Dow Jones Industrial Average of today.

Let’s go to some charts. Next, Calvasina illustrates how the S&P 500 soars from trough to peak around those same periods. Using some very basic math, if you fall 33% and then surge 62% from that low level, then you are up 9% from where you started.

Everything we’ve talked about so far is captured nicely in this next chart from JP Morgan Asset Management’s David Kelly, which is on a log scale and includes annotations of major world events. We like to think of this chart as how Warren Buffett sees the stock market. Indeed, it echoes the message of a New York Times op-ed Buffett wrote during the darkest moments of the financial crisis. Here’s the key excerpt:

…A little history here: During the Depression, the Dow hit its low, 41, on July 8, 1932. Economic conditions, though, kept deteriorating until Franklin D. Roosevelt took office in March 1933. By that time, the market had already advanced 30 percent. Or think back to the early days of World War II, when things were going badly for the United States in Europe and the Pacific. The market hit bottom in April 1942, well before Allied fortunes turned. Again, in the early 1980s, the time to buy stocks was when inflation raged and the economy was in the tank. In short, bad news is an investor’s best friend. It lets you buy a slice of America’s future at a marked-down price.

Over the long term, the stock market news will be good. In the 20th century, the United States endured two world wars and other traumatic and expensive military conflicts; the Depression; a dozen or so recessions and financial panics; oil shocks; a flu epidemic; and the resignation of a disgraced president. Yet the Dow rose from 66 to 11,497…

Bottom line: investing can be scary. And you can very well get decimated in the near-term. But if you’re managing your risk properly and you have the time and the stomach for the volatility, it can be very lucrative and a whole lot of fun.

…well, at least that’s what the history shows.

Having said all that, let’s take a look at a couple more charts that offer some helpful context for stock market investors.