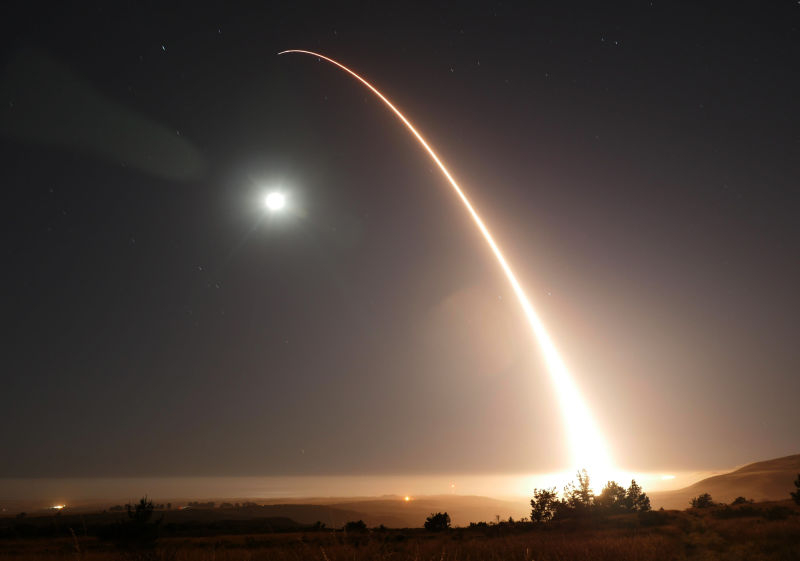 The United States will attempt to intercept an Intercontinental Ballistic Missile during a missile defense system test Tuesday, the first time such a test has ever been performed. As North Korea aggressively works to perfect the reentry expertise for a functional ICBM, ensuring that the Ground-based Midcourse Defense (GMD) system designed to stop it is essential.

Reuters reports that the U.S. has used the GMD to intercept other kinds of missiles, but not an ICBM. U.S. officials say the test was scheduled well in advance and has nothing to do with any current events, but given North Korea’s increased belligerence as of late, it certainly feels like good timing.

The GMD has carried out tests in the past, with a record of nine successful interceptions out of 17.

Per the Santa Maria Times, here is how the test should look:

The basic defensive idea is to fire a rocket into space upon warning of a hostile missile launch. The rocket releases a 5-foot-long device called a “kill vehicle” that uses internal guidance systems to steer into the path of the oncoming missile’s warhead, destroying it by force of impact. Officially known as the Ground-based Midcourse Defense system, the Pentagon likens it to hitting a bullet with a bullet.

The Pentagon’s Missile Defense Agency is responsible for developing and testing the system.

An interceptor is to be launched from an underground silo at Vandenberg and soar toward the target, which will be fired from a test range on Kwajalein Atoll in the Pacific. If all goes as planned, the “kill vehicle” will slam into the ICBM-like target’s mock warhead high over the Pacific Ocean.

Foxtrot Alpha has reported extensively on the troubling testing history THAAD (Terminal High Altitude Area Defense) and GMD. The tests are often conducted in perfect conditions, for one. Also, as experts have told us in our reporting, “If you miss by an inch, you miss by a mile,” meaning anything short of a 100 percent testing percentage is failure.

The Union of Concerned Scientists wrote in a 2016 report that “Despite more than a decade of development and a bill of $40 billion, the GMD system is simply unable to protect the U.S. public.”