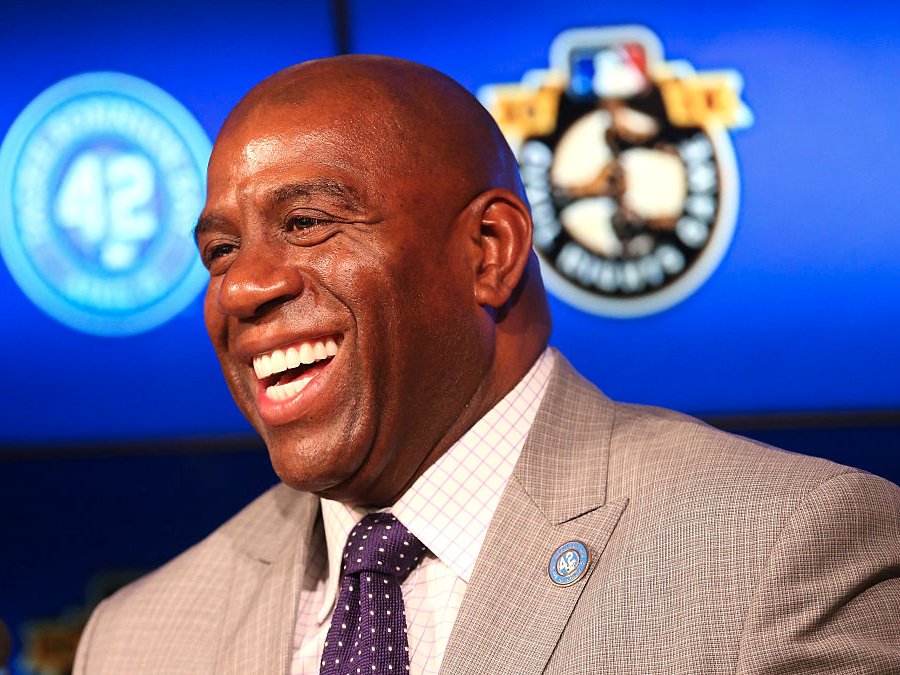 The Phoenix Suns spent $127 million this offseason to make the playoffs, and now they’re the NBA’s biggest disaster

When Magic Johnson wanted to move from basketball to business, he picked up the phone and started cold-calling 20 people he wanted to meet.

The famous NBA Lakers player did have an advantage: the names on his list were all Lakers courtside season ticket holders.

Those are people who would pick up the phone if the NBA legend extended a lunch invitation.

For Johnson, though, it was the first step in transforming himself from an NBA player suddenly retired in 1994 to a businessman.

Seeing the opportunities others ignore

If there’s one theme to Johnson’s business career, it’s to see the opportunity that others have ignored, particularly in urban communities. This is the lesson that Johnson wanted to convey to the crowd of venture capitalists and tech entrepreneurs at the Upfront Summit as the tech industry grapples with its lack of diversity.

His first lesson came from Michael Ovitz, one of the biggest talent agents in Hollywood, and one of his 20 cold calls.

Ovitz had one major piece of advice: only surround yourself with the best.

“That’s when I fired everybody. I got the best money manager, best accountant, best lawyer,” Johnson told the crowd at the Upfront Summit in Los Angeles.

He started his business career with a couple of Pepsi bottling plants, then built from there into shopping centers and movie theaters in urban areas. His focus was on underserved urban markets, and it was often a tough sell — the folks in charge of investments for the CalPERS pension fund rejected him five times before finally agreeing the sixth.

But Johnson’s business acumen really shone forth in a meeting with Starbucks CEO Howard Schultz.

“I said ‘Look Howard, Latinos and black folks. We like coffee too,'” Johnson said.

He showed him how the theaters were performing, and it convinced Schultz to go 50-50 with Johnson to develop a chain of urban Starbucks locations in underserved locations. But he needed to make a few changes first.

“I had to take the scones out of my Starbucks and put in things like sweet potato pie and sockittome cake,” Johnson said. They also changed the music, like playing more Michael Jackson instead of typical Starbucks fare like Hootie and the Blowfish. Johnson ended up building 105 locations, and his numbers were good enough that in 2010, after a 12-year partnership, Starbucks acquired the other half of the business from Magic Johnson Enterprises. At almost exactly the same time, he also sold his 4.5 percent stake in the Lakers. The deals reportedly netted him around $100 million.

“That really put the stamp on me as a legitimate businessman,” Johnson said.

Today, Johnson has turned his attention to tech and infrastructure. He’s raised $1 billion on a fund solely focused on infrastructure improvements.

Yet, at the Upfront Summit, Johnson and his other panelists warned Silicon Valley that they must keep up with the changing demographics of the nation, or they too will miss out on the opportunities that Johnson had been seeing over the past 20 years.

It’s not just about finding businesses that target minorities or under-served communities, but realizing that the demographic shift also means a shift in power. It’s changed from when minorities used to only play on the fields, Johnson said. Now they can own the teams and write the big checks too.

“We can invest side by side by you, but we also bring the expertise to become successful too,” Johnson said. “Look what Howard Schultz did. We changed the dessert. We changed the music.”