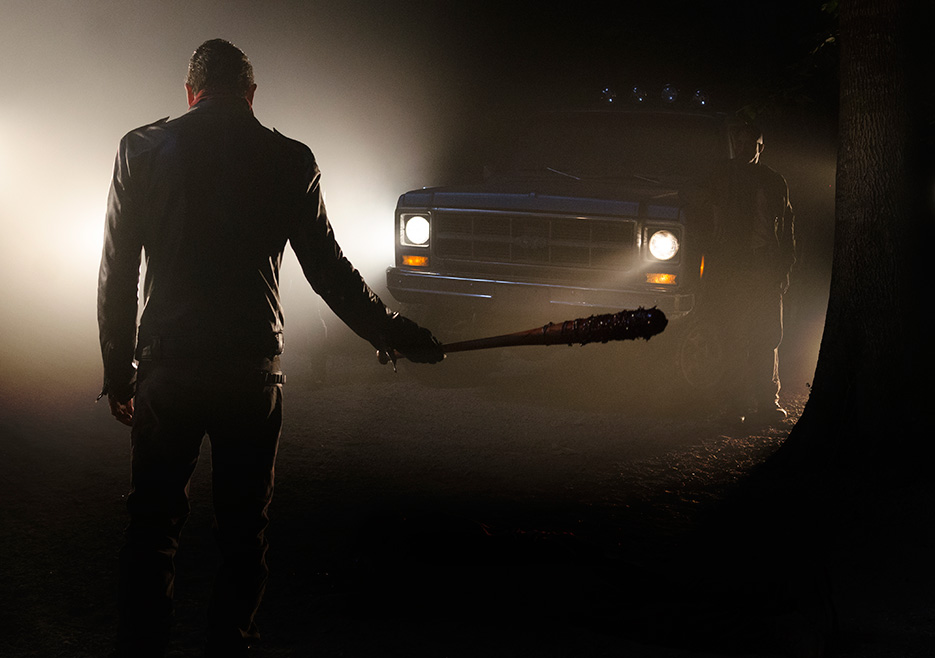 The Walking Dead’s giant cliffhanger propelled the show to phenomenal ratings as Season 7 debuted this past Sunday. In fact, the show’s return to TV bludgeoned all challengers—even Sunday Night Football, which typically dominates the ratings.

According to AMC, 17 million people tuned in to find out who Negan killed—10.7 million were among adults 18-49. That begs the question: How many million are under 18, and why are parents letting their children watch such gruesome television?

Despite the high ratings, it still wasn’t The Walking Dead’s best performance. That honor goes to the Season 5 premiere, which reached a whopping 17.3 million total viewers. So, the show is declining but not by much.

Many folks were very upset with AMC ending Season 6 on such a cliffhanger, something the cable network went to great lengths to protect. But that apparently had no adverse effects on viewership as the numbers show.

Now, can The Walking Dead maintain an audience throughout the upcoming season? Season 7 began with the death of a major character, so where does the show go next?

We’ll start getting answers when the second episode of the season airs this Sunday, Oct. 30.