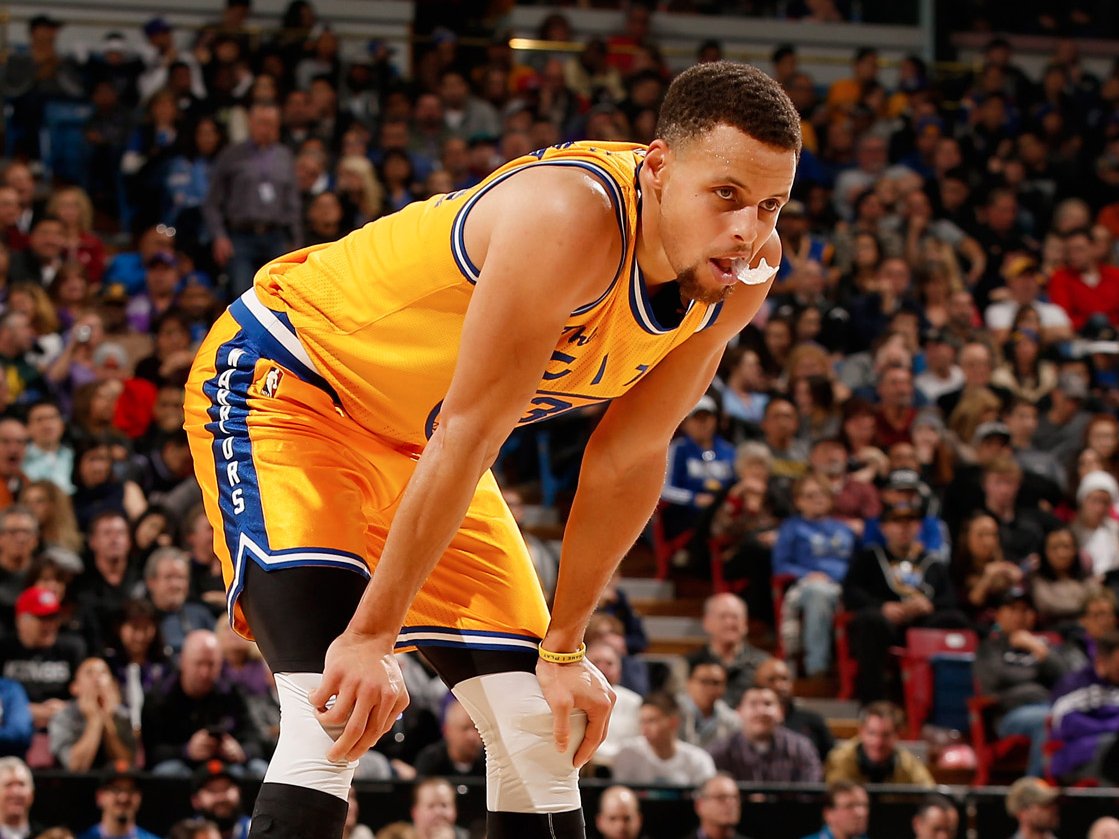 The Cavaliers are finally implementing one of David Blatt’s ideas, and it shows just how bad things were for him in Cleveland

The Golden State Warriors are an NBA-best 41-4, coming off a crushing 120-90 win Monday night over the San Antonio Spurs, the second-best team in the league.

It was their second eye-opening win in a week, coming after their 30-point demolishing of the Cleveland Cavaliers the week before.

Many people in the NBA world took it as a message: The Warriors rule the NBA, and any path to the Finals has to go through them.

The Warriors are so good, they seem to be having a psychological effect on the rest of the NBA.

ESPN’s Zach Lowe and Brian Windhorst discussed this effect on “The Lowe Post” podcast, saying the Warriors seem to be spooking other teams.

“[The Warriors’] number one weapon is that they intimidate their opposition,” Windhorst said. “And they intimidate them when they’re not even in the same building. … The fact that the Cavs had a loss and it precipitated firing their coach when they beat them by 40 on their home floor. They are doing psychological damage on this league right now, like I have never seen before.”

The Cavaliers’ reaction shortly after being crushed by Golden State demonstrates this type of effect. The Cavs won their next two games, and though there were other reasons, they fired their head coach while rumors about trading Kevin Love swirled. There’s a strange air around the Cavs, a team that’s 31-12 and first place in the East. As Lowe noted, the Cavs are in a perfectly good position, yet they appear to be in “crisis” mode.

The Spurs, a more composed, seasoned group than the Cavs, even looked somewhat shell-shocked by the shellacking they took in Oakland. Manu Ginobili confessed after the game, “At this point they’re better than us. I’m not embarrassed to face it.”

The Spurs fell down by double digits early in the game, and Gregg Popovich appeared to throw in the towel, playing end-of-the-bench players while the Warriors kept pouring it on. This came after Popovich honestly admitted that he had butterflies before the game. The Warriors flattened them, and though it was only one game, it’s difficult not to take certain lessons away from it — like that all-world defender Kawhi Leonard probably can’t even slow down Stephen Curry.

Lowe also brought up another point that he’s reported before — teams are so frightened by the Warriors that they’re considering sitting out their run of dominance.

“The Warriors juggernaut, and maybe this shouldn’t be the case,” Lowe said, “but there are teams that will say to you off the record, ‘We’re not really in a hurry, because we might have to wait this team out for two or three years.'” It’s an absurd strategy that reflects the Warriors’ current dominance, as well as the potential longevity of it, too.

Stephen Curry is just hitting his prime and is under contract for another season after this (he’ll surely re-sign, albeit for much more money). Klay Thompson and Draymond Green, the other two core members of the Warriors, are still young, developing, and are locked into long-term contracts. The Warriors will eventually have to tinker with the players around them, but Curry, Thompson, and Green will be good, and together, for a long time.

The Warriors’ dominance might not only scare current teams with championship aspirations into making panic moves, but it might also discourage teams who are on the brink.

Clippers coach Doc Rivers admitted to Lowe before the season that if the Clippers couldn’t seriously contend for a championship this year, they may have to look at changing course. The Clippers are currently in fourth place in the West, and with Blake Griffin set to miss over a month with a broken hand, it’s hard to imagine they can seriously get over the hump that is the Warriors, Spurs, and Oklahoma City Thunder. At what point do the Clippers realize they just aren’t good enough?

That the Warriors could be historically good isn’t a revelation (they’re serious challengers to the Bulls’ historic 72-win season), but the effects of that greatness are rarely realized.

Other teams have to ponder their future and decide where they stand next to, as Windhorst describes, the “monster in the Bay.”