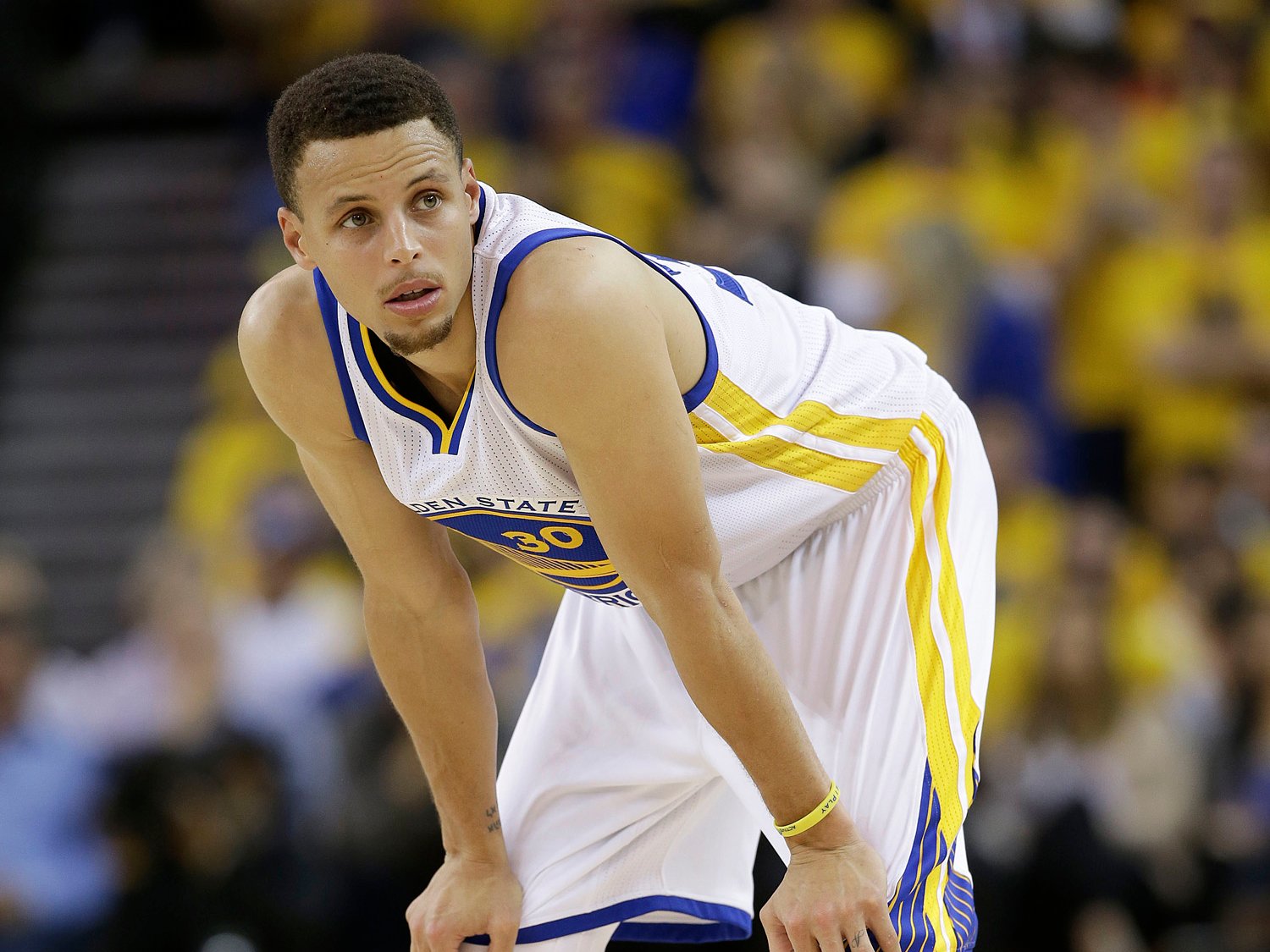 NBA MOCK DRAFT: Here’s what the experts are predicting for all 30 first-round picks

After Stephen Curry and the Golden State Warriors were throttled for the second game in a row by the Oklahoma City Thunder, the NBA world began to wonder if Stephen Curry wasn’t completely over his knee injury from earlier in the playoffs.

Over the past two games, Curry has shot just 13-37 from the field and 5-21 from three-point range, generally not looking like the offensive machine that led the Warriors to 73 wins in the regular season.

On Wednesday, Yahoo’s Adrian Wojnarowski reported that Curry is only “70 percent at best” as he makes his way back from a sprained MCL that kept him out for two weeks earlier in the postseason.

That injury had largely been forgotten after Curry showed glimpses of his usual form since returning, including 17 points in overtime in his first game back against the Portland Trail Blazers, and a 15-points-in-two-minutes explosion against the Thunder in Game 2.

However, as ESPN’s Ethan Sherwood Strauss points out, those two explosions were mere glimpses of what Curry has been in his six games back from injury. Strauss writes:

Those two hot stretches account for 3 percent of his playing time since the first injury, but 28.5 percent of his points. There’s been a lot of lackluster in between. The last time we witnessed a Curry-level command of a game for multiple quarters was in the first half of these playoffs, against Houston. Since then, Curry has twice been able to catch lightning, but hasn’t quite been able to seal it in a bottle.

As Strauss argues, while those eruptions stand out as signature MVP form for Curry, they’ve been but a fraction of his overall playing time. If we remove Curry’s three best quarters since his return from injury — the fourth and overtime in Game 4 against the Blazers and the third in Game 2 against the Thunder — he’s shooting just 40.3% from the field and 30.5% from three.

As many have noted, Curry is missing shots he normally makes. In Games 3 and 4 against the Thunder, he was just 3-10 on “wide open” shots, according to NBA.com/Stats.

Others have noted that he’s lacking his usual explosion to make opponents pay for switching on him:

“Nobody has said anything about Steph being 70 percent to me,” Kerr said. “Training staff, relatives, friends, sources with knowledge of the team’s thinking — nobody has told me he’s 70 percent. Evidently they told the media but not me.”

He added, “Is he bothered a little bit, perhaps by the layoff when he went three weeks without a game? He may not be quite where he needs to be, but it’s not an injury, and that’s the important thing. … It’s the playoffs, and nobody cares. Everybody has issues and injuries.”

Kerr’s not wrong, and it’s important to note that he hedges the denial — Curry may not be injured but he may be affected by the injury and the time off. Curry curtly told reporters his knee is “fine” after Game 4.

Still, if the Warriors have any shot at getting back into this series by winning the next two games, they will need Curry in his MVP form. If his knee is preventing him from reaching that level, then the Warriors’ outlook is bleak.