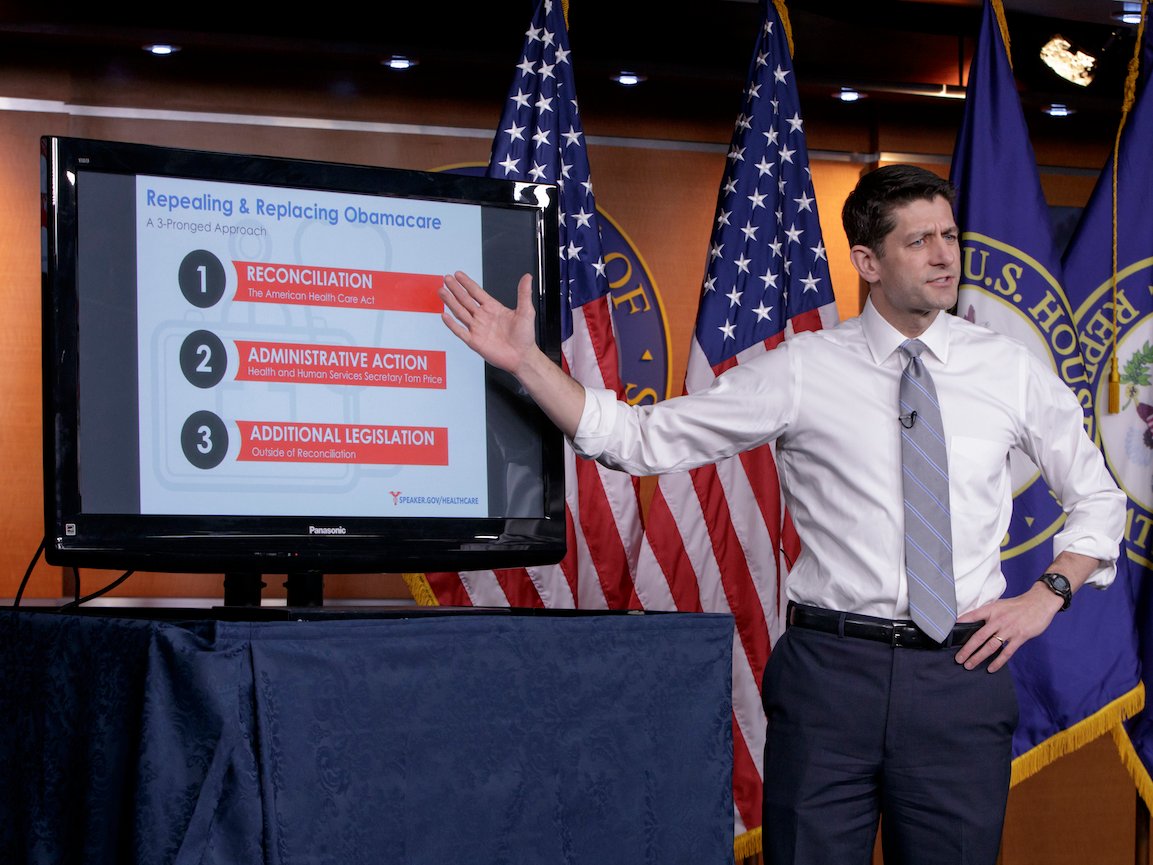 The GOP healthcare bill may not be done in the House of Representatives, after all.

While the American Health Care Act passed the lower chamber by a razor-thin margin on May 4, a procedural quirk could force another vote on the bill before it is sent to the Senate, according to Bloomberg’s Billy House.

Bloomberg reported that House Speaker Paul Ryan has not yet sent the AHCA to the Senate.

That is apparently because the Congressional Budget Office (CBO) has not scored the final version of the bill, which included two two major amendments.

Without the score, the House is unsure of how much the bill could affect the federal budget. Since the bill is being moved through the process of budget reconciliation, which allows Republicans to avoid a Democratic filibuster in the Senate, it must slice at least $2 billion off the federal budget for it to qualify. Before the amendments were added, the CBO projected the legislation would slice about $150 billion over 10 years.

“The bill is just being held until CBO issues its final score,” a spokesperson for Ryan told Business Insider.

Rep. Greg Walden, the chair of the House Energy and Commerce Committee and an author of the original AHCA, told Bloomberg that the House GOP leadership was waiting on the CBO score. Other rank-and-file members that were asked by Bloomberg, however, suggested they had been kept in the dark.

A GOP aide told Business Insider that the House GOP expects the bill to still make the deficit threshold.

“Based on the previous two scores, we believe we’ll hit our target deficit reduction number but we’re holding out of an abundance of caution,” the aide said.

Read the full report at Bloomberg»