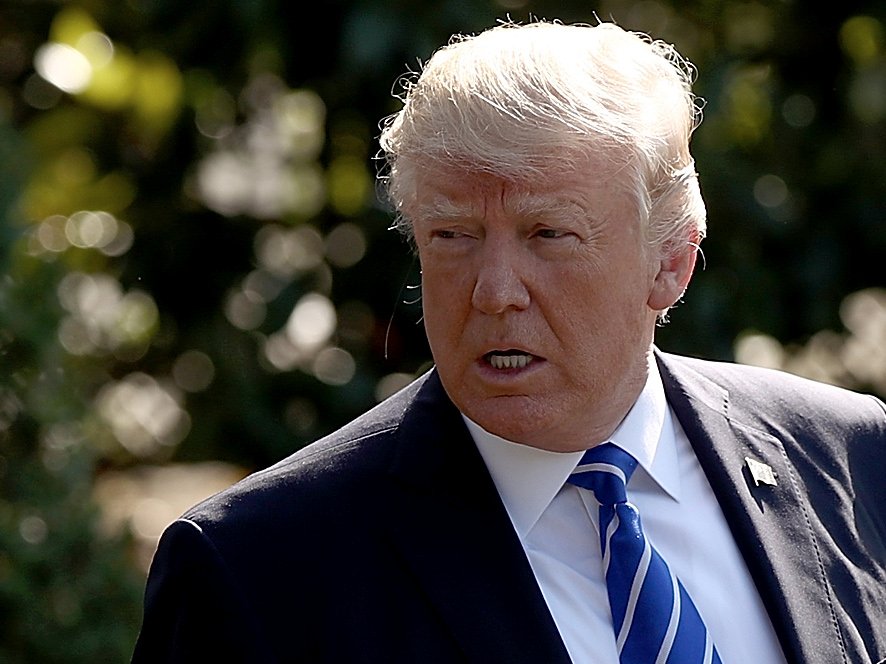 Bridgewater Associates, the world’s largest hedge fund, told clients that US stocks may drop more than 10% if President Trump is impeached.

In a note sent out May 18, Bridgewater’s Greg Jensen and Jason Rotenberg set out their thoughts on “navigating markets during times of extreme political uncertainty.” Jensen is co-chief investment officer.

A day earlier on May 17, US stocks fell by the most in eight monthsafter a report that President Donald Trump in February asked James Comey, the FBI director whom he fired last week, to drop an investigation into former National Security Adviser Michael Flynn.

“Wednesday’s market action was a big one-day move, but not a material repricing of likely outcomes,” the note said. “While the change in pricing was not big, it was consistent with higher odds of the administration getting bogged down and higher risks of it being unable to deal with any potential shocks effectively.”

The note then showed the betas of global asset markets to the increased odds of that Trump leaves offices in 2017 over the past few weeks. “This is necessarily a rough exercise, but it suggests that most major global asset markets are at least moderately sensitive to the possibility,” the note said.

The notes Bridgewater sends out to clients are intended to give them a sense of how senior figures at firm — which manages about $150 billion — see the world and are thinking about the markets on any given day. Prior to the election, for example, Bridgewater predicted a sharp sell-off in markets should Trump win. In the end, the reaction was the reverse.

Still, the note highlights the extent to which the biggest investors in the world are trying to get a handle on the potential impact of a Trump impeachment.

“How big the market moves turn out to be will likely depend on large part on how messy the process turns out to be,” the note said.

NOW WATCH: NASA just got its closest look at Saturn yet — here’s what it saw